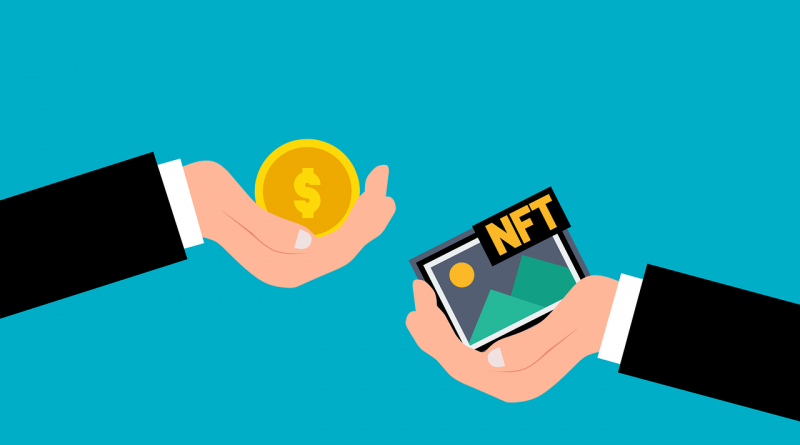 In October 2021, art-based non-fungible token (NFT) project CryptoPunk 9998 sold for over $500 million dollars,isetting a world record for the most expensive NFT sold at the time. However, by leveraging blockchain’s transparency, many commentators soon discovered that 9998’s record-breaking price was not the result of a genuine purchase. Instead, the CryptoPunk’s owner simply utilized an unsecured and decentralized finance (defi) tool known as a flash loan to artificially inflate the value of CryptoPunk 9998. In this case, one Ethereum address under the premise of being a buyer flash loaned the transaction funds, sending this money to a smart contract which was then transferred to the seller. The seller then sent the money back to the buyer, who repaid the initial flash loan, thereby selling 9998 in the process for a new record-breaking price.ii This made it appear as if 9998 had sold for over $500 million in a true market transaction, while in actuality, ownership of 9998 ultimately remained with the seller.

While a simple singular example, 9998’s value inflation reflects a common issue surrounding NFTs. NFTs, which are unique blockchain-based cryptographic tokens that have a wide array of use-cases ranging from COVID-19 passportsiii to supply chain traceability,iv have experienced a significant boom in recent history, with a lot of attention being specifically given to art-based NFTs. The rise of art-based NFTs presents an interesting conundrum for regulators.

While art itself is not commonly thought of as a regulated industry, the clearly unethical nature of many art-based NFT projectsv raises questions for governments, enterprises, and ecosystem participants alike. Understanding the difference between art-based NFTs that have a true intrinsic value versus NFTs involved in commonplace pump-and-dump schemes must be held as a top priority for the art-based NFT industry. The behavior of these digital pump-and-dump schemes is similar to the example of CryptoPunk 9998 and mirrors illegal behavior in pump-and-dump stocks. This is when conspirators purchase assets such as NFTs or stocks for a low cost, artificially inflate the price through misleading advertisements, and then turnaround and sell these assets for an immediate profit. However, with art-based NFTs, this entire process occurs in as quickly as a few days, while stocks take months or years for this plan to be executed. This occurs because of a variety of factors, such as the 24/7 availability of the NFT market, the emerging nature of NFTs, and public speculation, among other things.vi Thus, NFT ecosystem participants must increasingly consider regulation to protect the art-based NFT world from rogue actors.

Ensuring the value of art-based NFTs is something that can simply best be defined as a proverbial regulatory minefield. Most individuals would agree with the statement that governments have little place in determining what the definition and value of art is, particularly given commonly held fundamental ideals to include freedom of speech, freedom of expression, and the intangible value of art itself. Additionally, private companies are incentivized to sell NFTs regardless of their actual value, with many organizations eager to participate in an ecosystem generating some $25 billion dollars of sales in 2021.viiThis results in the creation of an ecosystem where there is little effort to facilitate consumer protections.

However, protecting the validity of art-based NFT projects with true intrinsic value is critical to protecting the industry as a whole. The confusing nature of the myriad of different NFT projects in existence makes it easy to dismiss the entire NFT ecosystem, with many individuals fearful of falling victim to the growing number of NFT-related scams.viii Gaining mainstream legitimacy is critical for a burgeoning emerging market like art-based NFTs, and failure to achieve credibility given regulatory concerns could deal a major blow to further NFT adoption by the global community.

Since the art-based NFT world moves so quickly, market dynamics typically reward first-entrants into the market, which leads to these companies having a primarily short-term outlook to avoid being undermined in the race to draw consumers, investment, and traction. However, there is an opportunity for even greater financial gains in the long term by ensuring the validity of art-based NFT projects to drive greater mainstream adoption. This idea should motivate companies in the art-based NFT space to give self-regulation significant consideration.

Some art-based NFT ecosystem participants are beginning to recognize that such self-regulation is needed in a community where fraudulent schemes run rampant. This is where decentralized autonomous organizations (DAOs) could play a critical role, with a DAO being a transparent community organized around a specific set of rules enforced on a blockchain.ix Furthermore, DAOs help to ensure automated consensus-based regulation, providing the resources to ensure irrevocable decision-making. CXIP, one of the largest NFT minting software companies for creators and marketplaces, established its self-titled CXIP DAO in November 2021,x with the goal of tackling three issues within the marketplace: “royalties, creator-owned smart contracts, and permanence.” In this case, self-regulation is conducted through supporting emerging technologies like smart contracts, enabling creators to vote on proposed features and those features being implemented in an immutable manner.

Controls such as price ceilings could also potentially help the art-based NFT industry self-regulate for the benefit of all. One example might be to remove an art-based NFT from a trading ecosystem if that item is seeing regular occurrences of price increases at multiple standard deviations away from growth in that specific economy, with tools like algorithms and artificial intelligence helping in the assessment of a specific price ceiling point. In this case, individual actors could still transact with one another privately to continue the sale of this item but removing it from that trading platform signals the market’s recognition that such price fluctuations are atypical when compared to the rest of the industry. While this method may result in loud discontent from naysayers, chief among them pure NFT maximalists, the ability to self-govern such a market would be a significant positive factor to drive true widespread NFT adoption.

In parallel to the increased regulation of art-based NFTs, key leaders in the cryptocurrency market have recognized a distinct need to self-regulate amidst similarly rampant problems in the cryptocurrency realm. Celebrities like Kim Kardashian, Floyd Mayweather Jr.,xi and Logan Paul are just some of the individuals that have been sued due to their participation in alleged cryptocurrency schemes.xii With this in mind, the Crypto Market Integrity Coalition (CMIC) was formed in February 2022.xiii CMIC brings together companies including Solidus Labs, Coinbase, Huobi, and Bitmex in combating market manipulation and abuse within the cryptocurrency world, a move made necessary given the proliferation of failed cryptocurrencies with zero intrinsic value.xiv

DAOs and other self-regulation tools are just some of the potential means that the art-based NFT ecosystem can utilize to pursue self-regulation in the absence of government legislation. Simply put, the fact remains that some form of regulation is needed to reign in the rampant abuse and exploitation seen in the world of art-based NFTs. The ability of the art-based NFT world to find some method of self-regulation will help it achieve mainstream popularity, leading to increased legitimacy and the potential for greater long-term profitability. This approach to de facto consumer advocacy and protection enables a bridging of the divide between public regulation and private innovation, potentially enabling enhanced cooperation for successful technology implementation in society.

Hugh Harsono is a second year MBA candidate at the University of California, Berkeley – Haas School of Business, where he also studied economics as an undergraduate student. His research interests include blockchain, digital currencies, and emerging technologies’ impact on international security, technology policy, and strategic competition.