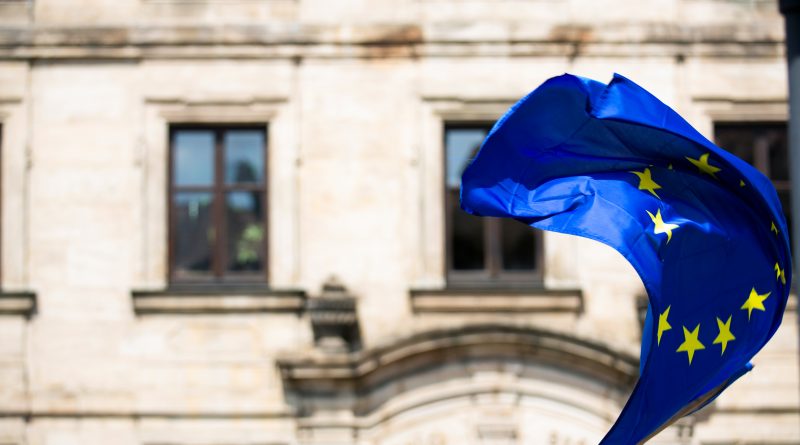 On 23 December 2021, Emmanuel Macron and Mario Draghi published an open letter calling for a reform of European fiscal rules. This was welcome political weight on a sensitive issue, which was to be discussed by member states at the technical level this year. However, Russia’s invasion of Ukraine on 24 February has transfixed the EU’s political agenda and rightly captured the media’s attention. It would then be tempting to put fiscal rules reform on the back burner. We think this would be a serious mistake.

The Ukrainian crisis was the geopolitical awakening of a long-dormant Europe, just as the Covid-19 pandemic was its Hamiltonian moment. Like in 2020, the European Union at first seemed paralyzed, shocked by a war it long thought was impossible. Like in 2020, however, it has been able to forcefully react, adopting a significant package of sanctions against Russia. Notwithstanding the merits of this response, the war is derailing economic recovery in Europe, and Russia is already acting in retaliation of more EU sanctions. The recent conversation has rightly focused on energy imports from Russia. However, to preserve its independence and counter the adverse effects of the crisis on our economies, Europe also needs better fiscal rules.

The current framework, which famously limits debt to GDP ratios to 60% and public deficit to 3% of GDP, was suspended during the Covid crisis. As a result of the pandemic, however, EU countries are all facing high levels of debt. The last thing they need is indiscriminate austerity policies that would limit their fiscal space and endanger an already fragile recovery. Without reform of its fiscal rules, the EU will not be credible as a major player in the global arena. Moreover, adequate fiscal room is crucial to support European households in facing the financial consequences of the war. Governments have been taking various fiscal measures to ward off rising energy prices and protect their citizens. Should Europeans give up on their ability to act against Russia because of inappropriate rules? The EU Commission’s recent proposal to suspend the current fiscal framework until 2024 is welcome. However, the status quo does not hold in the long term. It would be far superior to have clearer, more adapted rules rather than continuing with an old and inadequate framework.

To support Ukraine, the EU has shown it can overcome its divisions to unite around what matters. It is now important to maintain the momentum and the spirit of this occasion. Beyond the conflict in Ukraine, the EU also faces several challenges that will require additional investment, such as climate change or the digital transition. Excluding or weighting these expenditures in new fiscal rules are noteworthy options that need to be further explored. To reach an agreement, however, Europeans will need to get rid of old, unhelpful narratives and see the problem under a new light.

First, Eurozone politics have been plagued for the past decade by the false tale of a frugal North versus a spending South. Germany and the Netherlands, for instance, are often thought of as fiscal conservatives that focus on deficit reduction, while Italy would be unwilling to make necessary efforts to reduce its debt. Such a narrative does not paint the whole picture. It is often ignored that Italy, for example, has recorded the largest average primary surplus in the euro zone since 1995. Germany, on the other hand, has taken welcome steps since 2020 to adopt a countercyclical fiscal policy more in line with German, but also European needs. It has recently announced a 100 billion € fund to modernize German defense capabilities. A new, more pragmatic fiscal consensus is emerging in Europe. It urgently needs to be strengthened to invest in the future instead of dwelling on the past.

Second, fiscal deficits are only one indicator among many of a country’s economic situation and do not tell the whole story. The current framework has led Europe to endlessly argue about blind debt reduction with little emphasis on the quality of public spending, which is arguably the biggest issue in high-spending countries like France or Italy. Similarly, other important pieces of the European reform agenda are stalling even though they are key to both economic recovery and European financial sovereignty. Making progress on the Banking and Capital Markets Union would support private investment in a powerful complement to fiscal rules reform.

Third, and we cannot stress this enough, fiscal reform is in no way antagonistic with fiscal discipline. As much as we deplore it, we know that a joint French-Italian call for reform will inevitably be met with skepticism by some, who would see this as an attempt to continue unchecked spending. This is not what we advocate for. We do not dispute that EU countries will have to reduce their debt levels in the long run. Reforming the current framework would simply allow this to be done in a credible way that would not prevent us to meet current challenges. It would also strengthen debt sustainability in the euro area by encouraging spending that fosters long-term growth.

It is often said that Europe only moves forward in crises. This is certainly what it did in 2020. It is also what it just did in 2022. The war in Ukraine may be the kickoff of a geopolitical Europe that finally has a stronger say in world matters. Our task is now to give this new Europe a chance. Winston Churchill famously remarked we should “never let a good crisis go to waste.” Fiscal reform in the EU is today more essential than ever. To achieve this, Europeans will have to abandon comfortable totems to overcome their divisions and show the world, once again, that they have not said their last word.

Anass Mourjane is an MPA graduate from Harvard Kennedy School, where he was a recipient of the Arthur Sachs scholarship. Prior to attending Harvard University, he worked as an economist for Banque de France, the French central bank, and the ECB.

Andrea Vignini is an LL.M. graduate from Harvard Law School, where he was a recipient of the Bank of Italy’s Donato Menichella Scholarship. Prior to attending Harvard University, he worked as a lawyer at the Italian Presidency of the Council of Ministers and the Bank of Italy, the Italian central bank.