Home > Articles > Making The Cut: The Ramifications of Drug Pricing Reform in the U.S. 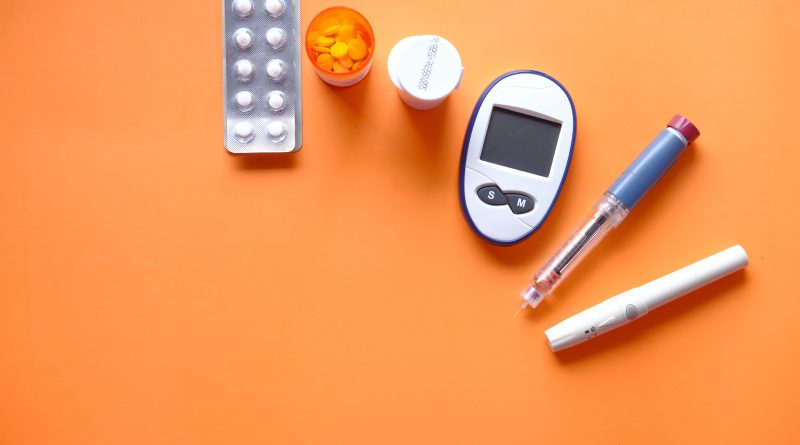 Astronomically high drug prices are not a new issue in the wild world that is United States healthcare. The U.S. tends to spend far more on the same prescription medications than most of the world, and this has significant impacts on patients’ health and financial outcomes. Forty percent of patients attribute difficulty affording medications as a significant barrier to managing their disease. A large scale study showed that roughly 1 in 4 (25.5%) diabetic patients say they ration their insulin due to cost-related factors. Additionally, U.S. patients pay more than $1100 per capita on out-of-pocket healthcare costs and this burden disproportionately falls upon vulnerable and racial minority populations who carry significantly higher rates of chronic disease.

Given the political momentum and tenuous majority held by Senate Democrats, drug-pricing reform could be a necessary win politically and fiscally for progressives, whether incorporated into a modified Build Back Better Act (BBB) or passed as a standalone bill.

Currently in the U.S., drug prices are set through convoluted mechanisms that include pharmaceutical manufacturers, healthcare facilities, insurer formularies, pharmacy benefit managers and the pharmacy counters where patients purchase prescriptions. This complex process contributes to high prices that comes at the detriment to those managing their chronic disease. In the rest of the developed world, drug pricing issues are managed through a multitude of value-based strategies, one of which includes standardized federal negotiations with pharmaceutical companies. However, the U.S.’s major public insurer, Medicare, which covers patients over the age of 65, has a statute preventing it from using negotiating power. Specifically, a Medicare part D (insurance coverage for outpatient medications) reform in 2003 had an infamous provision called the non-interference clause, preventing Medicare from using price negotiations as a tool for cost control. While price negotiations do occur through private insurers, studies have estimated significantly lower prices if these same strategies were deployed by Medicare, due to the significant negotiating power of a national insurer. While this would not directly benefit privately insured patients, the Medicare-negotiated prices could have positive spillover effects to non-Medicare eligible patients by lowering the premiums of private insurance plans and setting a lower anchor price for private insurer negotiators to aim for.

Since this 2003 reform, drug prices in America have progressively climbed, and this has come at the cost of patient pocketbooks and American taxpayers. These high costs create friction for patients to access and adhere to their prescribed treatment regimens. For clinical context, medication non-adherence leads to a 1.4 times increased likelihood of hospitalization and a 1.8 times increased likelihood of death amongst patients with diabetes according to a study in the Archives on Internal Medicine. Given the wide-ranging benefits this could provide to patients and the Medicare budget, it is unsurprising that the initial proposal, H.R. 3, garnered broad support amongst voters. An October 2021 Kaiser Family Foundation (KFF) poll showed just how significant this support was across the political spectrum despite hearing pharmaceutical counterarguments. However, despite its popularity with voters, the House’s version of the BBB faced an uphill battle in the legislator and the drug-pricing reform included in the bill was significantly weakened from the original version of H.R. 3. Despite this diminished reform, it would still successfully establish formal drug price negotiations through the Department of Health and Human Services (HHS). Nevertheless, this disconnect between voter and representative support speaks to the political complexities of health policy especially when facing opposition from the powerful industry interests present in healthcare.

The drug-pricing bill that passed the House provides HHS and the Centers for Medicare & Medicaid Services (CMS) three main weapons to control prescription costs. The first, and most important, is allowing the secretary of HHS to negotiate prices on behalf of Medicare with pharmaceutical companies on select high-cost medications. The second mechanism is the inflationary rebate which punishes pharmaceutical companies for raising prescription prices above the rate of inflation, in which the percent price increase above the inflation rate is paid to the government from the manufacturer. This provision is unique in that it applies to both Medicare and privately insured prescription prices, adding to the positive financial spillovers that this policy could provide to non-Medicare patients. The last provision revamps Medicare Part D’s cost sharing strategies by setting price caps for out-of-pocket spending (costs paid by patients and not covered by insurance) on prescription drugs with special caps placed on copays for insulin. Currently, Joe Manchin’s (D-WV) announcement on Fox News in January abruptly halted talks on the Senate version of BBB. However, progressives believe that a restructured version of the BBB or a new social policy bill with popular provisions, such as drug-price negotiations, are still possible with moderate representatives Kyrsten Sinema (D-AZ) and Manchin. Regardless of how drug-price negotiations are re-introduced into the Senate this year, moderate Democrats will play an important role for whether the benefits of lower prescription costs will be realized by American patients.

The bulk of the opposition to drug-price negotiations comes from the pharmaceutical lobby (PhRMA). They argue that high profits from expensive and blockbuster therapies (lucrative drugs that generate over $1 billion in sales) are necessary to fund future medical innovations. However, while the outcry to preserve innovation was once seen as a legitimate assertion against regulations, this argument has been continuously peddled by big PhRMA for decades. Given past predatory price scandals and the significant proportion of budgets used for industry marketing, these arguments have slowly eroded in their credibility. With regards to the specific tradeoffs of the drug-price negotiations, the Congressional Budget Office’s (CBO) appraisal of the reform offers two main counterarguments towards the outcries from innovation hawks at PhRMA and in Congress. Drug-price negotiations could 1) improve the cost-effectiveness for currently available drugs and 2) enhance innovation by reducing the number of me-too drugs, which are therapies that are marketed (and priced) as “novel” medications but provide minimal or absent clinical improvements to currently available treatments. Cost-effectiveness would be improved by applying a downward pressure on prices for existing therapies that will likely produce improved benefits to population health though improved affordability for patients. Further, regulations that will reduce the me-too profits gained by pharmaceutical companies could succeed in enhancing innovation by forcing manufacturers to focus on developing products that are truly novel relative to current therapies.

For lawmakers, the ramifications of this bill are significant for three major reasons: the initial savings, future policy negotiations and the legislation’s projected potential as Medicare scales to larger populations. According to the CBO, the savings from the reform is projected to provide $78.8 billion to Medicare over the next 10 years (modest to the $450 billion originally projected for H.R.3). The current bill’s insulin cost-sharing limits alone are projected to save patients billions of dollars. The second important item is how these savings could be deployed in ensuing Senate negotiations. These savings could cover the other health policy goals progressives are hoping for such as defending and expanding key Affordable Care Act provisions. Finally, the most important aspect is the future potential this legislation could bring directly to patient pocketbooks and the Medicare budget. Progressive legislators are focused on expanding Medicare coverage eligibility through lower age limits or through more ambitious endeavors, such as Medicare-for-all. Regardless of the magnitude, growth to the Medicare pool will spread these cost-savings to greater economies of scale to the benefit of patients and the Medicare budget. Additionally, once Medicare patients realize the power of price negotiations, disease-advocacy groups will not hesitate to push negotiations to more therapies, resulting in a possible domino effect for prescription prices. However, given the current law, the number of drugs approved for negotiations has been capped to 10 products in the program’s first year (2025) and then up to 20 in the following years.

In addition to these three crucial benefits, the negotiation provision could be a safeguard for the Medicare budget from the costs of major blockbuster drugs such as the controversially approved Alzhiemer’s drug Aduhelm, which is priced at $28,200 ($56,000 originally) per year. Cost projections from KFF are clear that this drug could single handedly break the Medicare Part B budget (drugs provided by a physician or healthcare worker). If 500,000 individuals, a conservative estimate to the 6 million Alzheimer’s patients, were prescribed Aduhelm the total spending from Part B would be $15 billion in the first year alone ($29 billion at the original price), which is an astronomical amount given the budget for the entire part B program was $37 billion in 2019. Currently, without negotiating power, CMS has limited recourse to mitigate the wave of costs from just one drug and this scenario has shed light on the fragility of our public payer system to blockbuster therapies.

Aduhelm and other high-cost prescriptions, have created a reckoning for how defective drug pricing has become in America. We now stand at the precipice of a defining moment in history where the government has ample momentum to pass the first piece of legislation allowing for federal drug price negotiations in the U.S. While the current version passed by Congress was paired down from the original H.R. 3, the bill still stands as a monumental achievement for American taxpayers and patients. As the boomer generation floods into Medicare eligibility (65 and older), known appropriately as the “grey wave,” drug price negotiations take on greater urgency to defend Medicare’s strained budget.

The fate of these groundbreaking possibilities now lies with a divisive Senate that must seize this window of opportunity. Prescription affordability is a goal any healthcare system should strive for, and drug-price negotiations are a crucial step in achieving this reality.

Advisory for this op-ed was provided Dr. William Feldman MD DPhil, Fellow in Pulmonary and Critical Care Medicine at The Brigham & Women’s Hospital and research fellow at the Program On Regulation, Therapeutics And Law (PORTAL).

Tim “Anders” Olsen is a joint Master’s in Public Policy and 4th year medical student at the Harvard Kennedy School and Emory University School of Medicine. His policy focus is on issues surrounding chronic disease affordability in the U.S., and his medical interests are in the field of oncology.