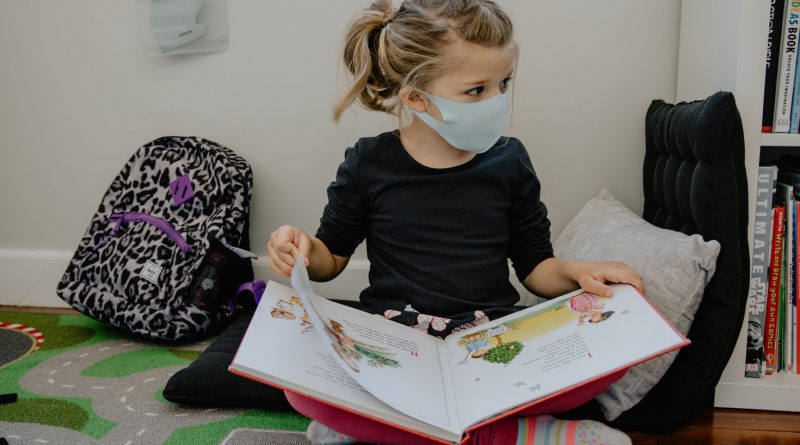 Congressionally mandated funds for COVID relief are under threat from an over-reaching Treasury. Arizona is right to fight back.

Parents in the state of Arizona are finally seeing the light at the end of the COVID tunnel. Many struggled to manage their children’s remote learning while keeping their full-time jobs during the worst of the pandemic, but finally schools have returned to in-person learning—many encouraging, but not requiring, masks—and many of those same schools have received grants from the state to help support their children and close the achievement gap.

Now, the Treasury Department is trying to stop this grant and take that money back.

In March 2021, Congress passed the American Rescue Plan Act (ARPA) which included $350 billion in “State and Local Fiscal Recovery Funds” (SLFRF). These funds were intended to be disbursed to states for a broad variety of uses, including to: “respond to the public health emergency or its negative economic impacts…workers performing essential work…the provision of government services…to make necessary investments in water, sewer, or broadband infrastructure.” Congress included two, and only two, restrictions on using the funds: they could not be used to cut taxes and they could not be put into public pension funds.

In May of the same year, Treasury clarified that valid uses of these funds included stemming the pandemic’s “impacts to education, health, and welfare.”

Given these permissions, last August Arizona Governor Doug Ducey directed $163 million of the funds for the Education Plus-Up Grant Program to Arizona schools which had received less than $1,800 per student from other programs intended to mitigate the economic impact of COVID-19. The program also required these schools to continue offering in-person instruction and not require masks during school, although schools were allowed to encourage practices recommended by the CDC and students were not prohibited from wearing masks.

In the months that followed, Treasury alleged that Arizona’s programs were ineligible for federal aid because they “discourage compliance with evidence-based solutions for stopping the spread of COVID-19.” This constraint isn’t found anywhere in ARPA but still Treasury demanded Arizona change its grant program.

When it became clear that Arizona would not capitulate, Treasury escalated. In January of this year, Treasury issued a new “Final Rule”—an agency’s interpretation of the law—that attached new restrictions to the use of SLFRF funds. This “final rule” stipulates funds cannot be spent on any “program or service that imposes conditions on participation or acceptance of the service that would undermine efforts to stop the spread of COVID-19 or discourage compliance with recommendations and guidelines in CDC guidance for stopping the spread of COVID-19.”

This requirement is not in the actual legislation. It is merely a preference of the administration.

Treasury’s real punitive flourish was stating this rule was retroactive and thus they would be attempting to recoup the funds Arizona had already sent to the schools in need. This is far outside the bounds of legal tradition. Arizona’s suit against Treasury rightly notes a court opinion from the 9th Circuit last year. “It has long been established that legislation does not apply retroactively absent a clear indication that Congress intended to make the statute retroactive. This general rule is based on ‘deeply rooted’ principles of equity and due process.”

Treasury’s actions are not aligned with or supported by the legislation and this final measure is just bureaucratic bullying.

Congress, the representatives of the people, allocated taxpayer dollars to stem the impact of COVID and support schools, giving state governments the ability to distribute the funds in the ways they felt were most productive within the written guidelines of ARPA. This is exactly what Arizona did.

Now Treasury—unelected, unaccountable, and out of line—is attempting to turn the Biden administration’s mask preferences into policy and is willing to hold education funding hostage to do so. This unconstitutional overreach of the executive branch amounts to Treasury promoting itself to a legislative body without the essential checks and balances in a government “of the people, by the people, and for the people” that we Americans hold dear.

Congress may legislate. Arizona’s state government may legislate. Treasury may not. Treasury is abusing the small role they do play under ARPA to disburse taxpayer dollars back to the states. Treasury has a role in interpreting the laws they implement, but their interpretation must align with the law. It does not have the authority to demand anything of Arizona’s parents or schools beyond what Congress has approved in ARPA. In doing so, the Treasury—under instruction from the Biden administration—is threatening not only the education of Arizona’s students but the powers delegated to Congress and to the states. This is out of line and an abuse of power. American policy is not meted out by unelected bureaucrats.

Those who agree with mandating masks in schools may side with Treasury’s opinion on the masks, but the means matter as much as the ends. Blatant violations of the checks and balances system of government pave the way for more of the same when the other party is in power.

Treasury must abandon its current course, especially as the President and Congress go without masks during the State of the Union and mask requirements are being lifted nationwide as well as here at our own Harvard Kennedy School.

Governor Ducey and Arizona are in the right, and their efforts are doing all states a service.

Arizona: keep up the fight.

Chris Cottrell is a student at Harvard Kennedy School. He grew up in Arizona, graduated from Arizona State University and Georgetown University, and serves as an intelligence officer in the U.S. Army Reserve.