Home > Articles > The War on Ukraine: Time for a Feminist Foreign Policy? 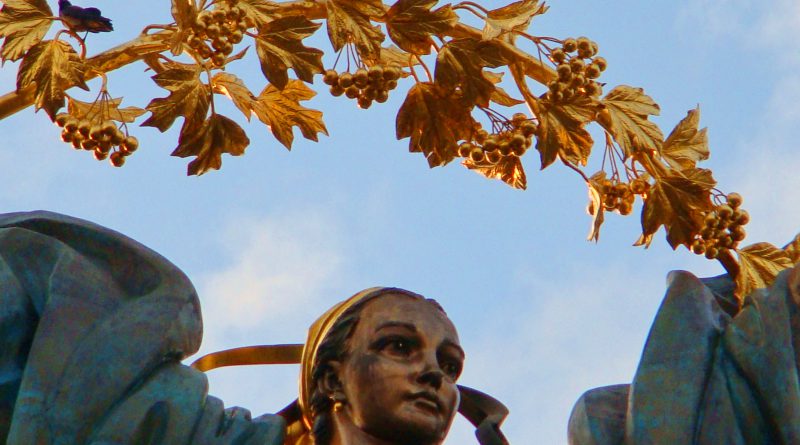 On February 26, two days after Russia invaded Ukraine, a friend’s roommate took shelter in a bunker in Kyiv. There, she witnessed the birth of a baby boy. Luckily, a doctor was amongst those present. Handing the newborn to the young father, the doctor told him, “The next time you have a baby, I hope that it’ll be a girl.”

In this war, like all others before it, women and children are likely to be disproportionately the victims. According to the United Nations Office for the Coordination of Humanitarian Affairs (OCHA), 7.5 million children are in grave danger of physical harm, severe emotional distress and trauma, and displacement. The Ombudsman for Children in the Office of the President of Ukraine, Nikolai Kuleba, stated that 378,000 children require immediate protection and assistance on the front lines. Since the war began, official figures have put the number of deaths among children as 28[2] although those on the ground estimate the number to be higher at 38.[3]

I spoke with Anastasiya Dzyakava, Adviser to the Ombudsman for Children in the President’s Office, who had had a conversation on March 2 with Valentin Mandriyavsky, the deputy mayor of Kyiv. “We will take anything,” he had told her, when asked what was needed for the city. “Everything is running out.”

What is now playing out in Ukraine has happened before. Josef Stalin engineered the “Holodomor”, the famine of 1932-1933 that wiped out nearly 4 million Ukrainians. According to historian Anne Applebaum, Ukraine represented an “idea” that challenged central Soviet power that could undermine the Soviet state.[4] Looking at the debacle that is Ukraine – coming so close on the heels of the fall of Kabul – perhaps the time has now come for us to move away from realpolitik, centered on the interests of the state, to a new way towards approaching foreign policy.

For one, social media brings home the messiness and realities of war: that it is a moral issue, an issue that realpolitik does not prioritize. TikTok and viral videos show, in real time, the pain and suffering of the Ukrainian people as residential buildings, schools and orphanages are bombed. As missiles fly overhead, children on life support are accompanied by their parents and harried doctors and nurses in the basements of hospitals. Second, realpolitik relies on all actors being rational yet this crisis underlines how irrational leaders can be. Thomas L. Friedman had written about Putin’s signaling that he is ready to “out-crazy us” when he put his nuclear force on high alert, warning that those who get in his way must face “consequences they have never seen” before.[5] Third, realpolitik hinges on the premise of “acceptable” limits. Will Putin cross the line and go beyond Ukraine and attack the neighboring NATO member states or aspiring ones such as Moldova, Finland or Sweden? Is it acceptable for nations to be invaded simply because they are outside NATO’s borders?

Articles abound about Russia’s and the West’s next moves. What if Russia loses? Would a chastened Russia propel its nation to move further to the political right? What if we continue down the current path, providing supplies to Ukraine via its western border? Ultimately this may not be enough against Russia’s superior military power.

But suppose we could reimagine a world where we stop looking at security from a militarized lens. Instead, women, children and the most vulnerable in society are central to decision-making and their needs accounted for in every aspect of policy-making. This approach, called feminist foreign policy (FFP), may hold the key to getting to the roots of conflicts and challenging the current neoliberal underpinnings of international political discourse. The stark difference between realpolitik and the FFP as frameworks is that the latter brings the welfare of the vulnerable to the fore.

In Russia’s case, this means recentering the priorities on citizen welfare, not one man’s vision for a Greater Russia motherland. A man like Putin may not have been able to rise to power if its citizens start interrogating the global systems of power that leave millions of people in perpetual states of vulnerability.[6] An FFP is not far from a child-centric approach towards policy-making – of interest to me as a child rights activist – and would also prioritize the lives and experiences of the most marginalized. Where realpolitik is focused on the state’s interests as an actor, this new Russia would be examining the intersection of patriarchy, colonization, capitalism, racism, imperialism and militarism.[7] This means acknowledging the Ukrainian people as its own nation and not as “Russia Minor”, and not stamping out non-Russian cultures and languages.

The FFP still provides a country with the leeway to respond in muscular fashion if necessary. Take Sweden, for example. It is the first country in the world to commit to an FFP in 2014.[8] On March 1, 2022, in an address to the nation, Sweden’s Prime Minister Magdalena Andersson announced sending support to the Ukrainian armed forces, including weapons. [9] By placing an emphasis on coming to the defense of the Ukrainian people, Andersson demonstrated how an FFP preserves the dignity of women and children and at the same time, firmly rejects that Ukraine belongs to a “special Russian sphere of influence”.[10]

In the coming weeks, we in the West, must continue to support Ukraine’s sovereignty and freedom. But we certainly cannot do more of the same. Today, March 8, is International Women’s Day: the time has come for a feminist foreign policy. As someone who is of Chinese descent, I find it apt that in Mandarin, the character for peace 安 is a pictogram of a woman under a roof.

[1] Personal communication with Anastasia, who works for the NGO “Pro Bono Club” in Ukraine. Her last name has been withheld for safety reasons.

[2] Announcement made by Daria Gerasymchuk, Commissioner for the Rights of the Child and Child Rehabilitation. Source (in Ukrainian): NB website. February 4, 2022. Accessed February 4, 2022. https://nv.ua/ukr/ukraine/events/vtorgnennya-rosiji-v-ukrajinu-skilki-ditey-zaginulo-za-visim-dniv-viyni-novini-ukrajini-50222228.html

Eirliani (“Lin”) Abdul Rahman is pursuing a doctorate in public health at Harvard T. H. Chan School of Public Health. From 2005-2015, she served in the Singapore Foreign Service and was stationed in Berlin and Delhi as third-in-command.

The views expressed in this article are the writer’s own.