Home > Articles > Ukraine should matter to Americans, even if for selfish reasons 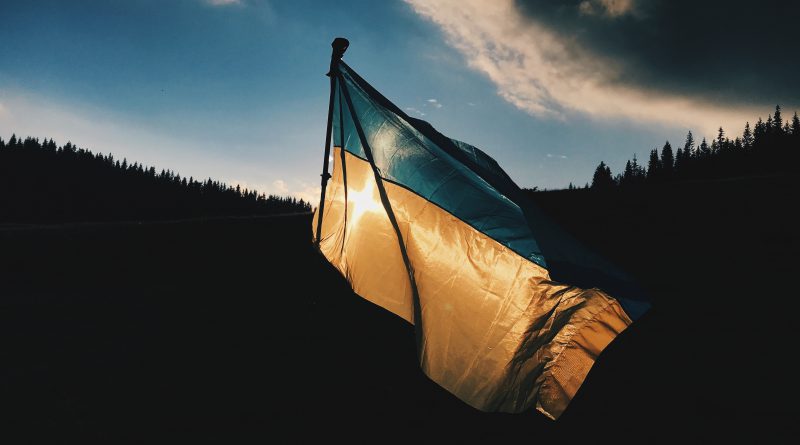 President Joe Biden said on Feb. 15 that supporting Ukraine against Russia matters because it means standing up for what America believes in: liberty and a country’s freedom of choice. He is correct, but some Americans still believe that Ukraine’s struggle with Russia is none of their business.

While studying at the Harvard Kennedy School of Government, I still hear fellow students questioning Ukraine’s relevance to the U.S. Most are generously supportive and understanding of the situation, but some do not realize the stakes for American security. One student bluntly told me “Who cares about Ukraine?” pointing out that the country has only received attention due to recent events. Another student argued that the U.S. should not get involved in a “regional conflict” and pay the price of another country’s problem.

If even Harvard policy students can’t see why Ukraine matters to the U.S., then the general American public must be even more confused. But Ukraine does matter to the U.S. – even if for selfish reasons – and here’s why.

Russia’s four-term (!) president Vladimir Putin made a major mistake when he revealed to the whole world how important Ukraine’s loyalty is to him. This is bad negotiation for an ex-KGB officer. By asking NATO to do the unthinkable – provide guarantees that Ukraine will never join the North Atlantic Treaty community – he effectively demonstrated his greatest fear, the relationship that he is willing to sacrifice his reputation for, both at home and abroad. The U.S. and other countries have surely noticed this miscalculation.

Some might argue that the U.S. should allow Russia to have control over Ukraine, since Ukraine is considerably more important to Russia than to the U.S., sort of an obvious “Negotiations 101” win-win move. This is where they make a fundamental mistake.

By having Russia publicly and vehemently declare that Ukraine matters so much to its identity, the U.S. can finally defeat the Kremlin’s outdated imperialistic ambitions by helping to build a strong, unified, and independent Ukraine. And why should the U.S care about defeating the Kremlin? Because Russia has time and again tried to undermine U.S. democracy by instilling fear and division among fellow Americans through meddling in U.S. presidential elections, numerous cyberattacks against critical infrastructure (such as hacking SolarWinds and the U.S. Colonial Pipeline), social media disinformation campaigns, and much more. If Putin succeeds in Ukraine, he will only be stronger, more reckless and emboldened to go further against Western democratic ideals and international security. If the U.S. helps Ukraine defend itself, it is by definition defending America’s interests and security as well.

If Russia is not able to gain control over Ukraine, Putin’s whole Kremlin empire agenda falls apart. He needs Ukraine for his false “Greater Russia” myth (historian Timothy Snyder explains this myth in great detail) to succeed; he has acknowledged this multiple times, such as in his infamous essay “On the historical unity of Russians and Ukrainians” and during Russia’s security council meeting on Feb. 21. Instead of showing patience in gaining control over Ukraine, Putin went all in, and not with the best timing or calculation. He underestimated the U.S. response as well as the U.S. intelligence’s capabilities in being a few steps ahead of him and revealing his plans (and thereby substantially increasing the costs of an invasion). He underestimated the power of the West to quickly mobilize and stand against a mafioso dressed as a president. He also underestimated the power of Ukrainians who are heroically defending themselves.

There are other reasons why the U.S. should strongly support Ukraine.

The U.S. government understands that China is carefully watching how America responds to Russia regarding Ukraine, and is consequently making decisions in how to deal with Taiwan. China is a medium-to-long-term challenge for the U.S., and the moves the U.S. chooses today with Russia, will have a significant impact in its future China negotiations. If the U.S. doesn’t stand up for Ukraine today, it may find itself facing a (worse) crisis in Taiwan tomorrow.

With Russia invading Ukraine in full force, there already are enormous human costs and we can expect a humanitarian crisis like the European continent has not seen since World War II. With every hour the situation is only getting worse. Ukraine’s population is about double what Syria’s was before the country was struck by war in 2011. Putin’s aggression means the European Union will be dealing with an influx of refugees from their eastern neighbor right next door. These refugees will not be able to go north, east, or south since they are surrounded by Russian troops. There are already numerous Ukrainians leaving for safety through Poland and Moldova. Ukraine will turn into a region filled with illegal smuggling, human trafficking, and a plethora of human rights violations where the most vulnerable – the elderly, children, people with disabilities, and the marginalized – will be hurt the most.

In such a scenario, the amount of humanitarian and economic support the U.S. will have to provide Ukraine will be enormous. Moreover, NATO and the European Union are now dealing with a full-blown war right next door, creating unprecedented instability for both multinational organizations. This is upping the ante for the U.S. to strengthen NATO’s eastern borders even more, requiring additional costs.

But perhaps the most important argument for supporting Ukraine is moral. Former U.S. Ambassador to Ukraine William Taylor said on February 9th speaking at the Harvard Kennedy School: “[Ukrainians] are on the frontlines of democracy.” Historian Yuval Noah Harari argues that the liberal international order, and even the direction of world history, is in jeopardy with Russia’s recent abominable decision to fully invade Ukraine.

There are specific ways countries can support Ukraine without any delay: immediately cut Russia off from the SWIFT financial network; implement a No Fly Zone over Ukraine; provide much more military support to Ukraine (particularly air defense); and provide billions of dollars in financial assistance, humanitarian support, medical supplies.

Indeed, for eight years Ukraine has been defending itself from a country that still believes it can dictate the rules of the game by force and intimidation. Ukraine has been actively defending the post-World War II international order that has been prevalent on the European continent for the past 77 years. If we do not support Ukraine, we are not much better than Russia, and we will soon see a world made safe for aggression and totalitarianism instead of a world made safe for democracy. The clock is ticking, and we must act now.