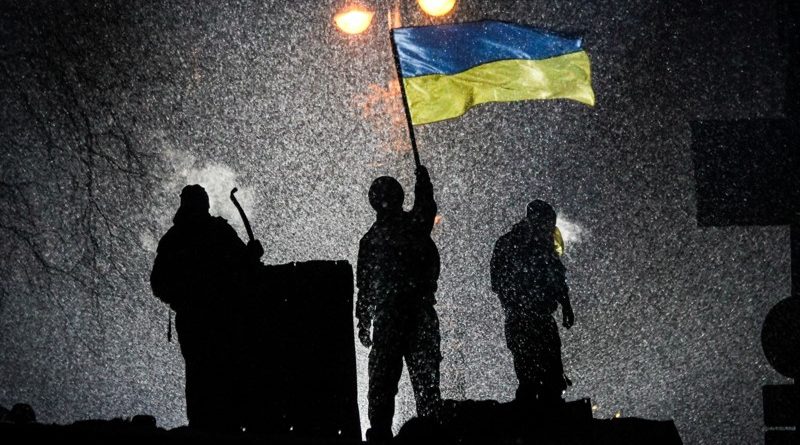 The West requires stronger leadership to be effective at countering Russia’s aggression against both Ukraine and the international order. Ukraine is in a state of war with Vladimir Putin’s regime, not with the Russian people. If the West does not activate its efforts to push back on Putin, Europe’s own security will continue to be threatened, and, by extension, so would the security of the West.

Russia has two main drivers for its actions in Ukraine. First, Putin seeks to deter NATO from pushing into the former Soviet Union territories, hence Russia’s demand for NATO to provide written guarantees that Ukraine will not become part of the alliance. This goal has fallen short, however, since Turkey, a NATO member, played an overlooked role in the Second Nagorno-Karabakh War in 2020. During this war, Turkey supported Azerbaijan against Armenia with unmanned aerial vehicles, supplied senior military personnel in Azerbaijan’s operations plans and command, and helped build-up Azerbaijan’s armed forces.[i]

In addition to its desire for Ukraine to remain within the Russian orbit of influence, Russia has another notable reason for its actions in Ukraine and its recent military buildups at the border as part of “Zapad 2021” (from Russian: “West 2021”) strategic command and staff exercises – to fix Crimea’s water crisis. Putin’s government made a severe miscalculation in its annexation of Crimea in 2014 that is now driving the handling of its “relations” with Ukraine. Crimea lacks its own water supplies which have historically been heavily subsidized (85 percent) by the Ukrainian government.[ii] Once the annexation took place, Ukraine cut off the water channels and Crimea has since been left with dismal water supplies. Post-annexation, Russia set up Crimea to be a military base with the goal of making it a dominant state in the Black Sea region, but military bases still rely heavily on water, and so do Crimea’s residents who are now rationed to water usage limits. In 2020, Crimea suffered its driest year in the past 150 years, diminishing water reserves even further.[iii] Given the existing infrastructure, the only way Russia can sustain Crimea’s water supplies is by relying on Ukraine. This can be done either diplomatically or militarily; Russia has chosen to refer to the latter.

Until now, there was one critical factor preventing Russia from moving deeper into Ukraine – gas transit. As soon as Russia enacted a full-scale invasion, Ukraine could cut off Russia’s gas transit to Europe, which Russia heavily relies upon in supporting its domestic economy. The Nord Stream 2 pipeline was built as a weapon against Ukraine with the goal of circumventing Russia’s reliance on Ukraine for gas transit to Europe. Germany’s approval of the pipeline now provides Russia with the breathing room it needs to continue its attack on Ukraine.

As a result of Putin’s actions to the present, there are currently 1.5 million internally displaced persons within Ukraine itself.[iv] These are the Ukrainians who were forced to leave their homes in the current war zone in Eastern Ukraine, Donbas, which used to be home to roughly 6.5 million people.[v] If the EU fails to deter Russia’s large scale military invasion into Ukraine, a massive refugee crisis could take place, in which Ukrainians make a run to bordering EU member states, including Romania, Hungary, Slovakia, and Poland. If even 20 percent of Ukraine’s 44 million people fled to the EU, that would be about 9 million asylum applications. In comparison to the Syrian refugee crisis, roughly 1 million Syrian refugees was more than enough to create a migration crisis in the EU that divided the block on its migration policies.[vi] As a signatory to the UN’s 1951 Refugee Convention, EU member states cannot deport an illegal immigrant if their home country is in a state of conflict or war.[vii] Accordingly, these nations will be left with no choice but to accept the refugees and provide them with international protection status, funding, and other assistance. While this policy is vital for refugees, it has been exploited by Belarus (with Russian support) and weaponized via its transfer of refugees to the Polish border in 2021.[viii]

With the aforementioned in mind, the best strategy for the EU and NATO to contain Putin’s regime is by focusing on strengthening Ukraine’s resilience and making Ukraine a successful state. In creating more economic opportunities and prosperity in Ukraine, the West will stimulate the Russian people to demand better living conditions for themselves. If Russians take to the streets in protest with a high enough turnout (close to the scale of the Euromaidan in Kyiv, but this time in Moscow), that could complicate the efforts of Putin’s regime. In fact, this is what Putin fears most, which is why he was exceedingly concerned when protests against Lukashenko’s regime started taking place in Belarus, a country where one President has served for the past twenty years while seven Presidents have been elected in Ukraine since the country’s independence.[ix] The same relates to the recent protests against the autocratic government in Kazakhstan, to which Putin sent nearly 3,000 troops with the goal of preventing another Euromaidan from taking place in the former Soviet Union.[x] Putin’s regime is empowered by keeping the people of Russia united against an external enemy, the West. A shared enemy is known to hold a nation and its people together, and at a time when Russia’s economy is still mainly reliant on its oil and gas reserves and is heavily sanctioned, Putin is left with no alternative options. In building Ukraine’s resilience, the EU will strengthen itself as well. The EU should learn from Ukraine’s best practices of fighting an active hybrid war to disrupt Putin’s plans of a larger scale invasion in Ukraine and the creation of a Soviet Union 2.0. In turn, this will help prevent another migration crisis in Europe.

As Biden continues to hold talks with Putin on the subject matter, he should remember Reagan’s words from 1980 towards the USSR that there “must not be peace at any price”.[xi] The West should let Putin know that there is a certain bar above which it is not willing to pay for peace and is ready to fight. If Putin steps beyond this line, the consequences to his presidency will be detrimental.

Vlad Kondratiuk is currently a second year MBA Candidate at MIT Sloan. Prior to business school, he was an Associate with The Blackstone Group in New York, where he worked across a variety of industries, including Capital Markets, Credit, Private Equity and Real Estate. Before joining the firm, he was a Research Analyst with the Europe, Russia and Eurasia Program at CSIS (Center for Strategic and International Studies) in Washington, DC, where he covered issues surrounding Ukraine’s economic development, domestic politics, and regional security. Vlad holds a BSBA in Finance and International Business from Georgetown University’s McDonough School of Business.