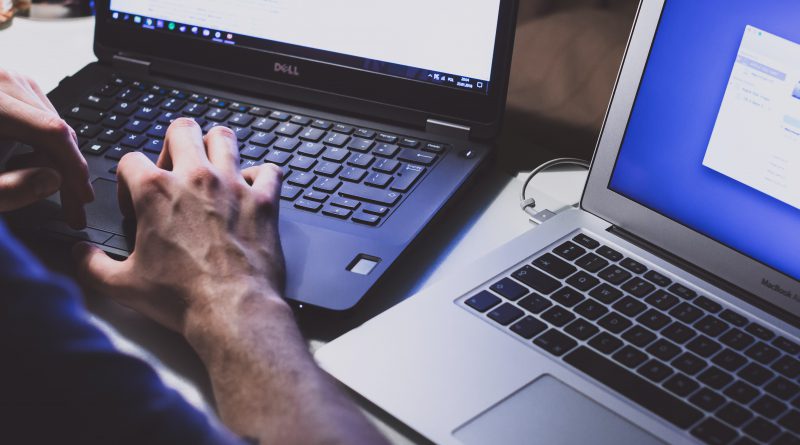 Sam* exhibited all the trademark beliefs of an alt-right extremist.  He held misogynistic views on women, believing that rape cases were fabricated to ruin men’s lives. He believed Islam was an inherently violent religion, that Jews ran global financial networks, and that that traditional family values were being destroyed by the LGBTQ and feminist movements. Naturally, Sam wanted to attend the pro-Trump “Mother of All Rallies” in Washington D.C. in September 2017. However, he had to get his mother’s permission first.

Sam’s turn to the alt-right, narrated in a harrowing account by his mother in the Washingtonian, started with an inciting incident. A misunderstanding in school escalated and he was accused of sexual harassment, leaving him isolated. This led him to an online neo-Nazi community on Reddit. Initially a place of escapism where he could trade memes, he began to internalize the extremist messaging shared by the community. Coupled with belonging was responsibility, as he was elected a moderator on the subreddit by his peers, adults unaware they were speaking to a child.

The internet does not by itself radicalize an individual. It may be the catalyst, but radicalization usually starts offline. The fuel comes from lived experience, and social disenfranchisement plays a key role in the process. An international neuroimaging study mapped the brains of radicalized Islamists. Brain scans indicated that subjects who were socially excluded were willing to “fight and die” on issues they would not have considered “sacred” prior to exclusion, such as the imposition of Sharia law or the introduction of Islamic teaching in schools. Overall, the researchers concluded that “social exclusion contributes to making attitudes less negotiable and increases a propensity towards violence”. This observed effect is believed to be especially strong for adolescents, whose brains are receptive to new ideas because of higher neuroplasticity.

Nevertheless, we have valid reasons to be fearful of the internet. Its darkest corners have been a potent petri dish for extremism. In its early days, webpages were an influential platform for extremist organizations to promote themselves. Over time, these groups built a ‘silicon ravine’ as a vehicle for their nefarious activities. They harnessed more interactive online channels, including forums, social media networks, and private messaging platforms such as Telegram to connect with recruitable individuals. Sam was drawn to the community aspect of his subreddit, in a way he would not have been drawn to a static website.

A team of researchers across King’s College London, St Andrews and George Washington University identify four ways in which extremist organizations use the internet. Firstly, they scale propaganda efforts. A noted UK extremist, who grew up in the era of VHS cassettes, noted the internet grew audience reach from “retail to wholesale levels”. Secondly, they use the internet to support direct recruitment. Thirdly, they use online channels to plan disruptive or terrorist acts. The January 6th Capitol insurrection was the result of months of collective online planning.Fourthly, the internet supports fundraising, with cryptocurrencies used to avoid traceability.

The activities of these extremist organizations resemble professional institutions, mirroring the work of governments or multinational enterprises. Consequently, they seem distant from anti-social teenagers in dimly lit bedrooms in their family homes. This raises the question of how young people transition from playing foot-soldier on Call of Duty to becoming the online, and in some cases real-life foot-soldiers of these organizations. For many, the turn towards radicalization may be unconscious and gradual. Alt-right groups have targeted online gaming communities as a fertile plain to spread far-right ideas and pick up disenfranchised recruits. Their operations work on two levels. The first is to create a general culture which normalizes extremist beliefs, including contempt towards minorities, women, and ‘liberal’ movements. The second is to normalise the idea of violence against these groups and society at large, with the eventual aim that the most susceptible targets commit to violence.

Governments have shut these websites and forums down and monitored private communications for security threats. But the nature of the online extremist hydra is such that when one site is shut down, multiple others pop up. Users of “The Donald” subreddit had set up an alternative site to migrate to even prior to its ban. Moreover, as these interventions do not deal with social exclusion, they do not address the root of the problem.

This is not an easy problem to solve. In Sam’s case, his mother’s intervention was key. Sam notes his reasons for engaging with the alt-right community: “I was one of them”, and “They took me seriously. No one ever took me seriously.” Sam’s mother started to take him seriously. She accepted his request to attend the rally and accompanied him there. She allowed Sam to engage with the protestors there on both sides, both anti-fascists and neo-Nazis. She stood quietly as he debriefed her on his impressions of the people he spoke to.  She listened. This simple intervention set Sam on the path towards de-radicalization. He opened up over the next few months, building new friendships in school, joining a club and spending more time with his sister. Finding community.

Not everybody has the support network that same does. Their parents may be incapable or unaware of intervening in the same way or may harbor extremist views themselves. A comprehensive policy response should therefore provide the resources to build this support network external to the family home. A sense of community is difficult to build, but investment in clubs and activities for young people can help to provide this, as can strong employment pathways. Strong mental health provision is also crucial. Perhaps most important is to speak about the issue. There needs to be a greater societal awareness of the challenges young men are going through, and the dangers of radical messaging, without attaching stigma to people who are already isolated and ultimately vulnerable to this messaging.

Sam’s story has a happy ending. He attended the rally with his mother, and with her support was able to slowly disengage from the alt-right movement. Others are not so lucky to have a family who will intervene. Without wider societal intervention, we risk losing a generation of young people to extremism.

Rehan Mirza is a first year Master of Public Policy student at the Kennedy School from the United Kingdom. Prior to HKS, Rehan worked as a management consultant focused on projects in the transportation and new mobility sectors. He is an aspiring columnist who intends to use writing as a vehicle to explore a range of policy interests.