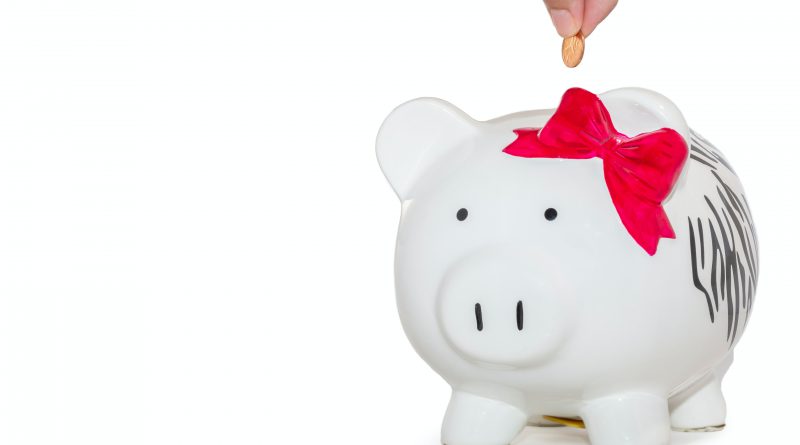 In 2005, Pope John Paul II died, Liverpool won the UEFA Champions League, and the Dow Jones had not yet broken 11,000. It was also the year in which then Prime Minister Gordon Brown started a radical experiment to provide every child born in the U.K. with a long-term tax-free savings account or “baby bonds.” Between 2002 and 2011, every child born in the U.K. received an endowment of £250 to £500, which was then invested in stocks or an interest-bearing savings account. While the program was scrapped due to budgetary pressures in 2011, all 6.3 million accounts opened under the program have been quietly earning money. Now, 18 years later, the very oldest of those who received accounts have become eligible to withdraw them, creating an unexpected windfall—as much as £33,000—for many.

In an era of outlandish inequality, baby bonds can be a great equalizer. With the United States still reeling in the wake of George Floyd, baby bonds can also make meaningful progress in closing the racial wealth gap, with the median Black family possessing just 15% the median wealth of a white family.

The reasons behind the racial wealth gap in America provide the moral imperative to fix it. Racist and exclusionary housing policies like redlining, which restricted Black families’ access to credit and desirable neighborhoods, prevented Black families from building intergenerational wealth through housing. While redlining was outlawed by the Fair Housing Act of 1968, its effects still linger with just 40% of Black Americans born between 1966 and 1976 owning homes today. As equity markets roar, Black families are being left behind. Only 33.5% of Black families owned any stock in 2019–about half the 61% of white families who owned stock–according to the Federal Reserve. Add in the 67 cents that Black males earn for every $1 earned by white men, respectively and it’s easy to understand why the racial wealth gap is as large as it is. For Black women and Latinas, the earnings disparity versus white men is even more stark at 63 and 55 cents on the dollar, respectively.

Senator Cory Booker made baby bonds the centerpiece of his presidential campaign. Under Booker’s American Opportunity Accounts, every American would receive $1,000 at birth with an additional $2,000 deposit every year depending on family income. Funds would sit in an interest-bearing savings account and be restricted until children reach age 18 with tax-free withdrawals restricted to allowable uses like homeownership and higher education.

Booker’s proposal is a good start, but it doesn’t go far enough.

The roughly 3% interest that the savings would grow is a missed opportunity to drastically reduce racial and economic inequality. A $10,000 investment in a Vanguard S&P 500 index fund in 2003 would grow into more than $60,000 today according to calculations by Portfolio Visualizer. The same amount earning a compounded 3% interest under Booker’s plan would be just $17,000. For many, the $43,000 gap is the difference between becoming a homeowner—gaining an heirloom asset to pass down to future generations—or not.

Booker’s plan prioritizes safety over growth. For retirement-oriented investors, that might make sense, but not for children who have 18 years to grow with the market. Target-date mutual funds—funds that gradually reduce their exposure to stocks and other risky investments as funds are set to be withdrawn—can be used to minimize risk as recipients approach 18.

While recent events involving GameStop have evoked concerns of bubbles in the stock market, the history is clear, even investments at market highs still beat never being in the market at all. A $10,000 investment in the S&P 500 at the very peak of the dotcom bubble when stocks were wildly overvalued would still have turned into nearly $28,000 today.

In terms of closing the racial wealth gap, tying additional benefits to race would likely not pass legal muster, but means testing on family income would likely achieve much the same. Assuming 4 million babies are born a year and the bottom 30% of children by household income are provided an extra $2,000 annual payment, total annual costs after ten years would run $30.4 billion. Considering the latest round of direct stimulus payments is expected to run over $400 billion, a program that fundamentally changes the lives of 13 million of America’s most disadvantaged children seems like a bargain by comparison.

As with all transformative entitlement programs, implementation is a concern. Fortunately, the Federal Government already has a model it can use to implement investment-oriented baby bonds, the Thrift Savings Plan (TSP). TSP is the defined benefit contribution plan for six million civil service and military employees. TSP provides low-cost access to a variety of index funds for the stock and bond market. If TSP can work for six million federal employees, why can’t it also work for the children of America?

Michael J. Sanduski is a Master in Public Policy Candidate at the Harvard Kennedy School and  a concurrent MBA candidate at the Tuck School of Business at Dartmouth. Prior to HKS, Michael worked in Citigroup’s Public Finance Department, where he helped state and local governments to raise capital for a wide variety of infrastructure projects. His policy interests include financial inclusion, economic development, housing, and infrastructure. Michael holds Bachelors in Economics, Political Science, and Latin American Studies from the Macaulay Honors College of the City University of New York.