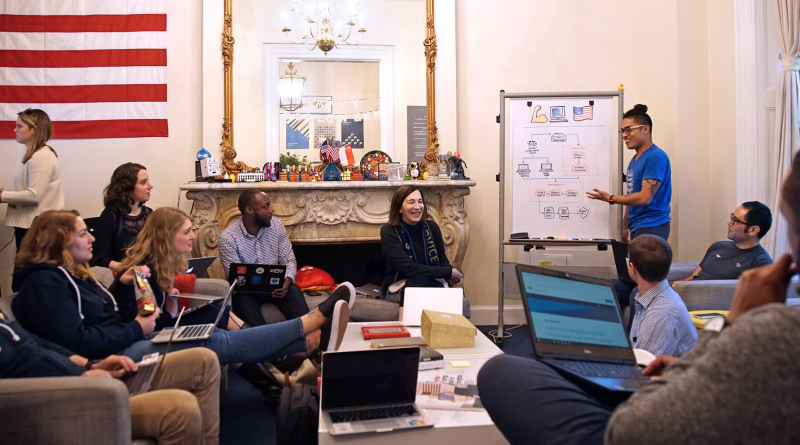 Expertise in government has been derided, doubted, and deprived of good technological talent. Even if you’re among those who think “expertise” is overrated or harmful to good policy, the latter fact — the scarcity of technologically-savvy administrators and policymakers in local, state, and federal government — should cause concern.

If society was slowly digitizing pre-pandemic, we’re now sprinting in its aftermath toward a world in which every service, experience, and good has an online analog. As the incentives currently stand, there’s next to nothing that would push an economically rational tech worker into public sector work. Of course, people are driven to public sector work for a whole slew of reasons, but until these economic incentives change, government at every level will fail to provide constituents with the support they require and to police the private entities pushing the envelope on using tech for good, bad, and everything in between.

Working for the government is less lucrative, less exciting, and less easy than it is for a tech company, especially post-pandemic. The private sector pays more, has more freedom to pursue new, novel projects, and, especially in the tech sector, more flexibility around where and when you work (not to mention whether or not you’re allowed to smoke marijuana). What’s more, the private sector hiring process, though occasionally burdensome, is more akin to a lap around a track than the marathon of going through a government-based hiring process. All of these factors add up to a shortage of tech-savvy young bureaucrats in government. According to NextGov’s review of Office of Personnel Management data, “the number of employees [in the federal IT workforce] age 60 or older is more than quadruple the number of specialists under the age of 30.”

The government is not going to overcome these disadvantages. The current efforts to bring tech into government are further undermined by the structures and norms of government. Regardless of how many tech-savvy individuals are employed, their skills will go underutilized so long as experimentation is discouraged and innovation is cabined to small tweaks. It’s true that groups such as the U.S. Digital Service, which encourages tech-savvy individuals to come work on important public sector initiatives, have done a good job of attracting tech talent into the government by creating a sort of tech enclave within the public sector. But, even after considering those attracted to this service mentality, the total number of software engineers and tech-savvy administrators is woefully short of what’s required to make sure all Americans are ready for a more digital world—though there’s no magic number of tech-proficient workers, the lack of IT hiring compared to IT spending at the federal level suggests there’s a large gap.

The private sector can help fill that void by temporarily loaning tech-savvy employees to strategic and impactful government tech projects. We need a new program like Sprints for America. A sprint, in software development, is a set time in which all team members work on and complete specific and segmented tasks. Sprints for America would facilitate short, temporary periods in which private sector employees would be on assignment with a public sector entity. Local, state, and federal government agencies would spend their non-sprint time identifying the specific projects they want to complete when their “sprinters” are assigned to their office. Then, when the sprinters arrive, everyone can hit the ground running and quickly complete challenging tasks that would usually take months, if not years, for a government entity to complete.

The good news is that there’s already models of how to match tech talent to public-service oriented projects. One is Codementor, which defines itself as “the largest community for developer mentorship and an on-demand marketplace for software developers.” A visit to codementor.io can help anyone identify knowledgeable tech talent to work on a project or merely provide guidance. Another is Coding Dojo, though it predominately focuses on training the next generation of developers via coding bootcamps.

During COVID-19 these two platforms became models of what Sprint for America could look like. Codementor used their platform to match volunteers with software projects to fight the pandemic, including projects from universities, non-profits, local government agencies and other organizations. The effort was appropriately called “Code Against COVID-19” and aspired to help governments and community organizations establish proven COVID responses, such as tracking the availability and distribution of masks. Taiwan and Singapore are two nations that have leaned on the Codementor community to tackle tech projects quickly: in Taiwan, the community developed software that showed real-time mask inventory; in Singapore, the community created an app to monitor the spread of the pandemic.

Coding Dojo took a similar approach, though focused on matching volunteers with small businesses. Their “Tech for America” effort included mobilizing their network of over 6,000 alumni to support small businesses adapt to conditions caused by the pandemic. This model illustrates that if you build a platform for tech-hungry organizations, tech-savvy individuals will come and eagerly welcome one-off assistance. There is no reason why small governments, like small businesses, wouldn’t benefit from these services. Some government agencies, like the Department of Defense, already benefit from attracting tech-savvy employees. At the DoD, the U.S. Defense Digital Service tasks “bureaucracy hackers” with solving some of the most pressing national security issues.

Going forward, Sprint for America could simply build on some of these pre-existing platforms. For instance, you could imagine Facebook and Google requiring their employees to log a specific number of volunteer hours on Code Against COVID-19 projects tied to government entities.

This approach does have some drawbacks. For one, the lack of consistent engagement from the sprinters could mean that as soon as they leave the government entity might run into unforeseen bugs and other issues that require greater capacity to fix. Additionally, coordinating which government entities receive sprinters would be a challenge. Finally, there would rightfully be a concern that sprinters would be unable to shed their private sector allegiances when working for the public sector and, thus, might do work that somehow benefits their own company in some way.

None of these barriers, however, are great enough to prevent a pilot of Sprint for America. Imagine, for example, a Sprint for California. The program could start with a focus on small, rural cities across the state. These cities could identify projects for sprinters, add those projects to a running list of “sprinting opportunities” on Codementor, Coding Dojo, or another platform, and then the state’s manifold tech sector employees could sign up to join a city’s team to complete the project. Participating companies and employees could receive some combination of tax breaks, preferential treatment in future contracting opportunities, and, of course, some positive PR at a time when many companies could benefit from sharing their meaningful efforts to help government solve problems.

Sprint for America will not resolve all the barriers that limit innovation in government and reduce the willingness of tech-savvy individuals to enter the public sector, but these bursts of public-private collaboration could help move projects off the back burner and improve the lives of millions of Americans.

Editor’s note: This is the fourth column published in KSR’s new Columnist Program. If you are interested in writing consistently for KSR, contact the Editor-in-Chief Alexander de Avila at alexander_deavila@hks.harvard.edu for more information.