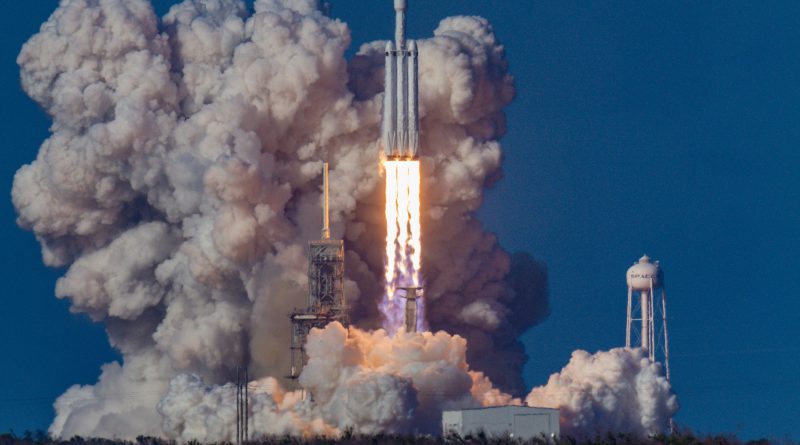 Alexander de Avila is the 21st Editor-in-Chief of the Kennedy School Review. He is a Marine and fellow at the Center for Public Leadership.

When the party in control of the executive branch wins a second term, this process is underwhelming. When control of the executive changes hands, however, the result is highly choreographed chaos. The new President takes office, agency leadership passes the batons, and think tank employment levels seesaw based on partisan lean. New staff conduct agency reviews and emerge from their warrens with ideas on which policies have continued merit and which ones need tossing out.

The sooner President Biden and other government leaders embrace spacepower as a necessity and an opportunity, the stronger America’s geopolitical position will be. Space is growing in relevance to both military operations and civilian commercial enterprises. All three domains – private commercial (SpaceX, Umbra), public civilian (NASA, NOAA), and public military (Space Force, Air Force) – hold the potential to power a new era of American prosperity and leadership. Momentum, technology, and private sector backing for space entities are already compounding. The new administration should nurture its strategic space advantage and build a foreign policy buttressed by spacepower.

First, space has enormous potential as a humanitarian tool. The tasking of space-based assets can solve real problems for real American allies. Satellites above the earth facilitate far more than weather predictions and Google Maps. Satellite imaging has the potential to help countries address climate change by predicting flooding and coastal erosion. During a humanitarian crisis, spacepower holds the key to supporting National Guard troops engaged in disaster relief operations. In an emergency like a hurricane or a wildfire, space-based radar imaging can help first responders plan evacuation routes and find trapped victims. The right tasking can directly save lives and free humans trapped in slavery, as DigitalGlobe helped do in 2015.

Beyond the obvious humanitarian value, space can be a highly-effective diplomatic tool as well. Few countries in the world have space programs or the ability to launch satellites, but all countries face challenges that space can alleviate. Helping people around the world solve their challenges with a minimal footprint can be a first step towards building goodwill. In an era of renewed great power competition, American space excellence will be attractive to countries hedging between the U.S. and China.

An important corollary: the projection of spacepower is a metaphoric “gilding of the lily” of American intervention. A constant dilemma facing American strategists and foreign policy leaders is how to calibrate the level of U.S. military involvement in global crises.

Should America put boots on the ground in Syria to end the civil war?

Should the U.S. and NATO bomb war criminals conducting atrocities in the Balkans?

Often it is sticker shock and the potential loss of American lives that decide these questions. But what if for some crises you did not need to send American men and women to build partner capacity or end a war? Rather than float an aircraft carrier through the Taiwan Strait, America could fly exquisite-image-capable satellites through the area to signal our resolve. Task a satellite or two instead to help build the capacity of allies and partners to solve their crises on their own. This is the promise of spacepower as a diplomatic asset.

Future secretaries of state will be able to look their counterparts in the eye and commit U.S. military aid without risking American lives. That is worth investing in.

Space is the future. It always has been. The fusion of government R&D and the commercial aerospace sector have transformed how humans interact with the universe and each other. As an example, over the next two weeks three nations are visiting Mars. China’s Tianwen-1 rover entered Martian orbit yesterday; the United Arab Emirates’ Hope vessel arrived two days ago; and America will for the first time fly on the surface of the red planet when its helicopter Ingenuity lands with the Perseverance rover next week.

Here is a further list of recent exciting space developments:

And here is another list of developments that mark space as an arena for international security competition:

Space exploration brings out the best of mankind’s ingenuity and intellectual drive. It can also lay bare the tragic reality of international political competition. In order to understand space in the 21stcentury, two competing thoughts must occupy equal positions in ones thinking.

The first: that space exploration will advance the wellbeing of humanity. More advanced spaceflight missions will lead to new insights with relevance back on earth.

The second: that spacepower will be an instrument in national toolkits for advancing security interests around the globe. Mastery of space operations is a crucial piece in keeping the U.S. safer and more lethal in combat.

Both causes have inspired generations of astronauts, engineers, and scientists – and their dynamics remain present today. Investing in space means investing in both humanity’s future and human security. Nobody wants a war in space, but no American president will be able to achieve deterrence in space if the Space Force is not nurtured and made more capable.

President Biden spent the better part of two years promising to work through alliances to approach global challenges with diplomacy first. The expected way for a President to achieve this would be to staff up the State Department’s diplomatic corps while signing international agreements and championing the UN. A nontraditional way might include President Biden signaling support for the new Space Force while taking steps to foster U.S. commercial space ingenuity. He should encourage Space Force and Air Force leaders to build closer relationships with counterparts abroad, especially in the volatile Asia Pacific region that could benefit from the attention of American spacepower. The President could press for Small Business Innovation Research (SBIR) grants that would go towards commercial aerospace startups with the potential to advance American interests.

Space has always served as a critical multiplier for other forms of American military power, like sea, air, land, and cyber. By standing up the Space Force as a co-equal branch of the military, the Trump administration made the determination that spacepower is its own form of power – one that is crucial to national interests and deserving of a separate organizing doctrine and branch. The decision to build the Space Force demonstrated a commitment to space as a domain of both geopolitical strife and strides. The onus is now on Space Force command, business leaders, and government scientists to demonstrate to the new administration that they are diplomatic, humanitarian, and strategic force multipliers.

While the Space Force budget is likely to remain intact in the near term, that does not preclude it from the whims of future public (and political) opinion. By tying their mission to American foreign policy, enterprising space leaders have a good chance of ensuring their continued long-term relevance and attractiveness as an instrument of national power across the political spectrum.

Alexander is the 21st Editor-in-Chief of the Kennedy School Review. He is a Marine and fellow at the Center for Public Leadership.