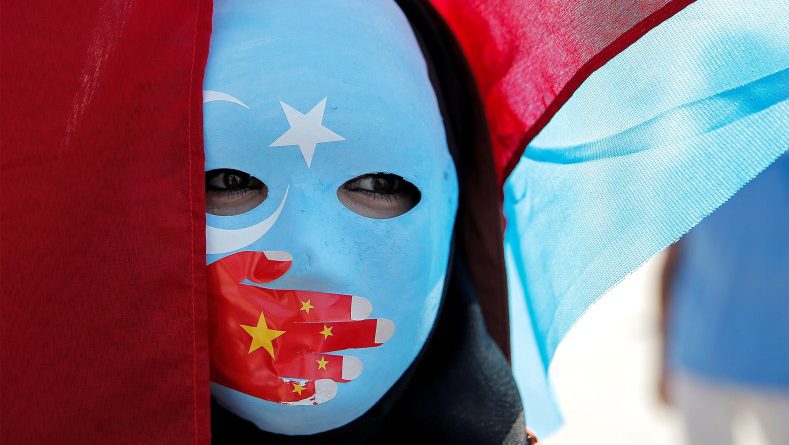 Editor’s note: This article was published anonymously to protect the author from government retaliation. The Kennedy School Review verified the author’s identity, background, and qualifications to comment on what they have seen in Xinjiang. After deep consideration, KSR decided that the author’s experience was important for future Chinese and American policymakers to hear.

Xinjiang, a region of roughly 25 million people in the far west of China, has a long history of interethnic conflict between its native Muslim Uyghur population and the Han Chinese that make up the largest ethnic group in the country. This conflict escalated sharply after the violent July 2009 unrest in the regional capital Urumqi, where Uyghurs took to the streets demanding justice for two Uyghur workers who died in a brawl with Han workers in the southern Chinese province of Guangdong.

In recent years, China has claimed that Islamic terrorism is endemic among the Uyghurs and has implemented a counterterrorism policy in response. China now considers this policy a success: a government white paper published in 2019 stated that China had destroyed 1,588 violent terrorist gangs and arrested 12,995 terrorists in Xinjiang since 2014. Many in the international community disagree with China’s characterization of its actions in Xinjiang as counterterrorism, contending that China is simply attempting to legitimize its suppression of Uyghurs and reduce the international criticism it receives.

Even if we suspended interest in Xinjiang from a human rights perspective and evaluated China’s approach to the region as counterterrorism policy, Beijing’s decision is unlikely to be effective in the long term.

One prominent feature of China’s policy on Xinjiang is the use of arbitrary mass incarceration. Since 2017, China has put at least one million Uyghurs and other Muslims into detention complexes. China asserts that this mass detention has effectively suppressed violent unrest in the region, claiming that there have been no more “terror attacks” since the system was put in place. Although this approach may achieve China’s violence suppression goals in the short term, it seems unlikely to succeed over the long term because indiscriminate collective repression strategies run a high risk of backlash. Political scientist Stathis Kalyvas of Oxford, a conflict and violence scholar, argues that arbitrary punishment will evoke violence from the group that the punishment is imposed on. The arbitrary nature of the reprisal removes the relationship between crime and punishment, thus making compliance useless.[I] In fact, some local Xinjiang government officials, like Wang Yongzhi, initially expressed concern that mass detention would inspire worse resentment and ethnic clashes.[ii]

Another key element of China’s approach is ideological de-radicalization and re-education. Detention center inmates are brainwashed into developing loyalty to the Chinese Communist Party by writing repetitive lists of sentences showing their love for the Party and singing nationalistic songs written by President Xi Jinping. Detained Uyghurs are indoctrinated against what China calls the “three evils”: terrorism, separatism, and religious extremism, the third of which Xi has labeled a “virus-like contagion” and a “dangerously addictive drug” when manifested through Islam. Whether or not inmates were already radicalized at the time of arrest, these efforts would do little to avert their sentiments. UMass Lowell Professor John Horgan suggests in a study on global de-radicalization programs that there is paltry evidence that teaching a radicalized person “correct” values is effective at keeping them away from terrorism. Instead, he posits, most psychologists agree that a change of mind does not necessarily lead to a change in behavior. If China really believes their interned Uyghurs are capable of committing acts of terror, then forced re-education would have little to no remedial effect.

Inmates in these camps are also forced to study Mandarin[iii] and substitute secular cultural habits for their established religious practices. However, the elimination of cultural identity may lead to what social psychologist Arie Kruglanski of the University of Maryland and his team address in their analysis of suicide bombers’ motivations as a “loss of significance,” which itself can trigger violent radicalization. Moreover, in Henne, Hudgins, and Shah’s 2012 examination of state limitation of religious expression in countries like Saudi Arabia, Sri Lanka, and Egypt, they argue that such repression can contribute to extremist violence. Therefore, considering that most of the Uyghur inmates were arrested arbitrarily, it is quite possible that the Chinese curriculum is actually radicalizing an otherwise moderate population.

Additionally, mass detention is extremely costly. China’s domestic security spending in 2017 was 57.95 billion yuan, more than ten times the number it was in 2007. Between 2016 and 2017, Xinjiang advertised twelve times the number of security-related government positions than in 2009. Some might argue that China’s wealth means it has no need to worry about the cost of its policy toward Uyghurs. However, in 2019, China’s economy grew at a rate of 6.1%. While this is higher than in most countries, it represents a slowdown from its height of 14.2% in 2007. With predictions that the outbreak of COVID-19 may slow this growth to 1-3% for 2020, it is possible this mass detention will soon be no longer financially feasible.

China’s policy in Xinjiang may have appeased Han Chinese anger at both Uyghurs and “the local government’s inaction” regarding unrest in the wake of the events of July 2009. It has pursued a quick, visible response[iv] by building hundreds of internment complexes and detaining over one million Uyghurs over three years. However, Beijing has ignored the root causes of violence in the region—tensions between Uyghurs and Han Chinese resulting from economic inequality and the cultural discrimination that Uyghurs suffer.[v] While Han Chinese are frequently employed by state energy companies, government agencies, and army and police units in the region, Uyghurs are largely trapped in low status, low income jobs. Culturally, Uyghurs have witnessed themselves rapidly becoming a minority in their native land, with no indication that this shift in demographics will stop. Instead of creating a more equal and religiously tolerant society, China’s policy in Xinjiang has brutalized an entire ethnicity. When Uyghurs in detention eventually step outside the walls of the internment complexes, as long as these root causes are not solved, large-scale protests, vandalization of Han property, and mob attacks on Han Chinese in Xinjiang could begin.

In order to establish a lasting peace in Xinjiang, there are several clear actions that China needs to take. First, it should cooperate with international experts in counterterrorism and Islam, working toward objective definitions of terrorism and religious extremism that can help separate genuine threats from non-threats. China should also make an effort to create an environment where Uyghurs and other Muslims can have fair economic competition with Han Chinese, in part by slowing down the pace at which Han Chinese migrate to Xinjiang. If China offers vocational training to Uyghurs, it should be done on a strictly voluntary basis, rather than through mandate. Beijing should restore Uyghurs’ freedom of religious and cultural expression and protect this freedom by educating the Han Chinese in Xinjiang on the history and nature of Islamic and Uyghur culture. Most importantly, China must realize that solving the conflicts in this region cannot be accomplished quickly. A lasting resolution can only be achieved as the result of a long-term strategy.

As a parting, personal thought, I would note that in my travels to Xinjiang prior to 2016, I did not see any evidence of the radicalization the Chinese government has grown so concerned about these past few years. The Uyghurs I met were open and hospitable. They invited me into their homes, took me to visit their grape fields, and treated me to raisins and yogurt, always refusing payment. Although I am well aware of the attacks in Kunming and Tiananmen—and the accusation that the perpetrators were Uyghurs—my hope is that if China can reassess its relations with the region and its people by making the aforementioned policy changes, then the Xinjiang I experienced will be the same Xinjiang for everyone.

[ii]Wang Yongzhi was a former official who ran Yarkand. He was detained in 2017 after releasing more than 7,000 camp inmates.

[iii]Most Uyghurs speak a Turkic language. Mandarin is not their first language.