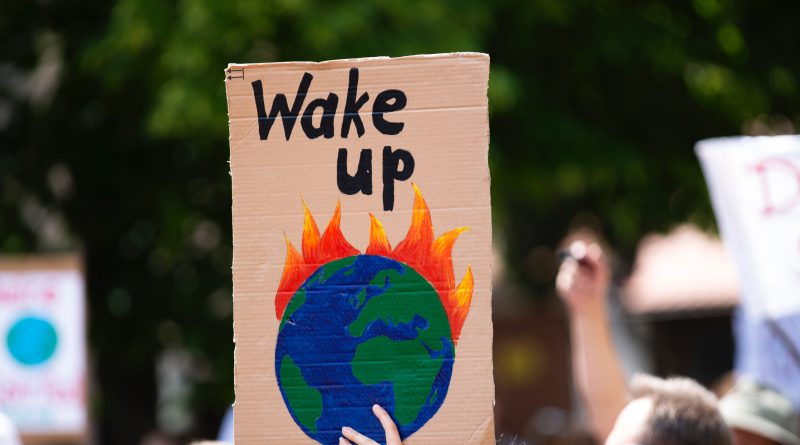 Last year, I wrote an op-ed lauding the Green New Deal’s principles, while panning its feasibility. Since then, I have come to a more nuanced understanding of the barriers to change and believe that my original analysis no longer meets the moment. A pandemic, staggering unemployment, a national reckoning with racial inequality, and a narrowing window to act on climate change reveal that the country is in desperate need of repair, and convincing evidence suggests that structural reform is possible. As we march toward the end of this historic year, it is time to stop asking whether our society can change and start asking how we can change it.

A model of individual goal pursuit, applied to collective behavior, can help illustrate this how. The “Rubicon” or Action Phases model, developed by psychologist Peter Gollwitzer and colleagues around 1990, presents four stages that occur between wishes and outcomes: deliberation, planning, execution, and evaluation.[1] The question framing my original piece —“can it all be done?” — is typical of the first phase, in which we attempt to choose which goals are worth pursuing by evaluating their feasibility and desirability. In public policy, this is when a new idea comes before the public for debate. Proponents and critics will frame the costs and benefits of the policy to influence public perception, as well as highlight the ways in which it does or does not align with constituent values.

The basic premise of the Green New Deal (GND) — creating a clean and just economy — has been in the deliberative (or “predecisional”) phase for years, and in some sense decades. Vox reports that the term “Green New Deal” was coined by Thomas L. Friedman in 2007, though many of the plan’s individual proposals have more historic roots. Martin Luther King Jr. and Coretta Scott King both advocated for a jobs guarantee, and a universal basic income has been entertained by both sides of the aisle since around 1967. Only recently, however, has the idea taken center stage in national politics, championed by Rep. Alexandria Ocasio-Cortez and embraced by progressive presidential candidates in the 2020 primaries.

True to Gollwitzer’s model, deliberation of the GND’s worth has frequently centered on feasibility, and more specifically on whether the federal government could fund it without dramatically increasing budget deficits. Weighed against the costs of inaction, however, this concern is overblown. Building on Keynesian economics, the novel Modern Monetary Theory (MMT)  argues that deficit spending is not itself problematic as long as appropriate fiscal policy keeps inflation in check.[2] Meanwhile, The Economist reports that even mainstream leaders in the field have grown increasingly comfortable with government borrowing to finance stimulus, in large part due to low interest rates. Nobel economist Joseph Stiglitz states flatly that we can afford the Green New Deal, “but more importantly,” he adds, “we must afford it.”

It is also worth considering the feasibility of enacting a GND now versus later. Justin Worland reports for Time that climate experts are sounding the alarm on 2020, saying that the transition to a climate-friendly economy must begin now if we are to prevent catastrophic warming. Worland attributes this shrinking window in part to rapid spending by governments everywhere in response to the pandemic, with “10 years of anticipated investment in everything from power plants to roads [now compressed] into a monthslong timeframe.” In other words, decisions we make this year and next to achieve an economic recovery have the potential to lock in our trajectory on climate, and our economy more generally, for years to come. If the nation — and our leaders — wait much longer to implement bold reform, it might be too late.

Simply put, it is time to commit to the Green New Deal and move forward with planning its implementation. This movement between the deliberation and planning phases has been referred to by Gollwitzer’s partner, Heckhausenas “crossing the Rubicon” to connote a sense of no going back. Once the Rubicon has been crossed, society begins addressing the when, where, and how of implementation. Barriers to success are not ignored, but weighing the feasibility and desirability of the chosen goal is no longer a priority.

Instead, the planning (or “preactional”) phase demands that we focus not on a choice between ends but on a consideration of means. To see what that might look like in practice, we can draw from traditional concepts in the field of policy analysis. First, policymakers should identify the options available to them. Taking the federal jobs guarantee as an example, alternatives include testing local pilot programs and gradually bringing them up to scale, jumpstarting large public works projects, funding state and local governments to develop their own employment programs, or some combination of the three. New Deal programs implemented by the Works Progress Administration provide a useful jumping off point for designing new public works projects. The Temporary Assistance for Needy Families Emergency Fund does the same for the state and local approach.

Next, it is necessary to establish criteria for evaluating the outcomes and tradeoffs associated with each policy option. For our purposes, we can use the criteria of administrative difficulty and projected effect on unemployment to compare the pilot-and-scale approach with a federally funded, locally implemented public option. Launching small pilot programs would have a relatively low immediate impact on employment, but it would be fairly easy administratively: local programs like RecycleForce (Indianapolis) and JobsNOW (San Francisco) have already succeeded in providing work and increasing participant earnings. Direct public employment, on the other hand, has the potential to deliver a more substantial and faster blow to joblessness, but with it would come more complicated administrative hurdles. How do you train people such that the demand for useful work matches supply? How would the program handle swings in unemployment over time? Think tanks like the Center for Budget and Policy Priorities, the Center for American Progress, and the Levy Economics Institute are now developing concrete policy recommendations that could help politicians answer these questions, and arrive at final decisions.

Once we start this discussion of implementation, it is not hard to see why politicians are hesitant to move past big picture proposals. Details beget difficulty, and genuine decision-making means risk-taking and accountability. Green New Deal legislation may not match up perfectly with campaign promises, which could lead to blowback from constituents.

Nonetheless, there is hope of reaching the planning phase if Democrats take the White House and Congress this Tuesday: presidential candidate Joe Biden’s $1.7 trillion climate plan is an encouraging sign. But even if the party gains control of a unified government, lawyer and activist Derecka Purnell argues that its promises won’t necessarily amount to action, and Biden’s recent debate comments support her skepticism. To ensure the party takes bold new steps, stakeholders at every level must hold elected leaders accountable. To do so most effectively, they ought to use their voices and their votes to advocate for the end of deliberation and the initiation of serious talk about implementation. This is an admittedly vague prescription, but one that is necessary. A shift in mindset can transform abstractions into tangible policies, and galvanize not just progressives, but everyone that will benefit from bold reform.

The young climate activist and progressive icon Greta Thunberg has said: “We have passed a social tipping point, we can no longer look away from what our society has been ignoring for so long. Whether it is sustainability, equality, or justice.” She is right, of course, and her sense of urgency reflects a commonly held frustration with society and its political institutions for moving too slowly. The work of Gollwitzer and other psychologists can help us define that frustration in terms of a theoretical model, one which gives us the tools to move consciously past deliberation and focus on the tough questions standing between us and a more just future. Our leaders should take note: It is time to cross the Rubicon.

[1]  In applying the Action Phases Model to society-level behavior, I follow the lead of UVA researchers Benjamin A. Converse et al., who use this framework in their recently published paper on climate engineering. For a full explanation of the Action Phases Model, see Gollwitzer, P.M. (1990). Action Phases and mind-sets. In T.E. Higgins & R.M. Sorrentinto (Eds.), Handbook of motivation and cognition: Foundations of social behavior (Vol. 2, pp. 53-92). New York: Guilford Press.

[2] To be clear, supporters of MMT do not claim that new government spending should come without any new taxes, just that every dollar of new spending does not necessarily need to be offset by a dollar of income. MMT argues that because the U.S. has an exclusive power to “print” dollars, the true limit on spending is not available revenue, but an overheated economy characterized by rising inflation. Taxes are therefore necessary to tame excess demand, not to cover new expenditures. For a full explanation, see The Deficit Myth by Stephanie Kelton.

Kevin Breiner is pursuing an MPP and JD at the University of Virginia. He has worked for Our Children’s Trust as a summer clerk and is an editor for the Virginia Environmental Law Journal.