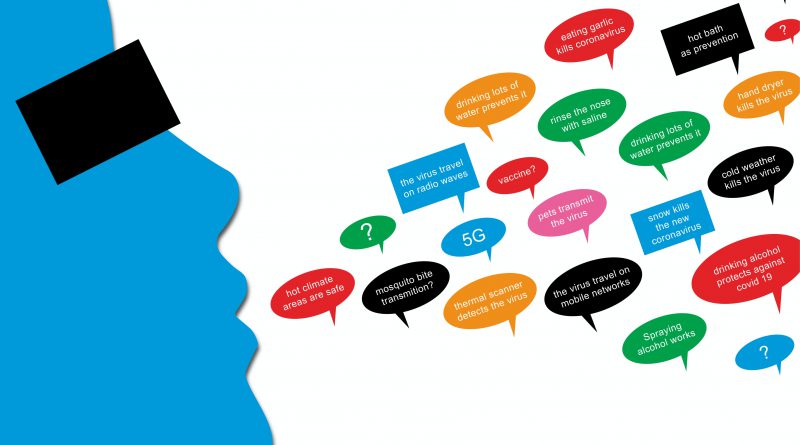 It is not my pleasure to endorse tightening control over information creation and publicity. As a journalist who thrives on the vast benefits of a free press and the newly rapid pace at which news travels, only the coronavirus pandemic provided a rare moment to rethink my position on information regulation. The world, in managing future epidemics, would fare better if information becomes more regulated and centralized – in its sources, quantity, and quality.

True, communication technologies have grown vastly in the past century. This has done much good, and for good and ill, governments have often struggled to keep up.  Information creation and sharing is far easier, either through social media, text, radio, podcast, phone calls, web, email, film or television. Alongside this growth in knowledge, connectedness, and freedom from government censorship, however, the risk of spreading falsehood has also redoubled.

At the peak of the pandemic, which has so far infected more than 11 million people globally and killed over 525, 000 as of July 3, content creators competitively produced and promoted conflicting and sometimes inaccurate reports partly because a centralized structure for information regulation, verification and control remained weak, limited and rarely enjoyed widespread acceptance.

In February, WHO described the surge in information as an infodemic– with fake news spreading quicker than the virus. Friends, colleagues, relatives, government officials, health advocates, religious groups, scientists and health workers saturated both social and traditional media with countless tips, warnings and rapid remedies. This  makes it difficult, WHO says, for “people to find trustworthy sources and reliable guidance when they need it.”

Studies linked such information overload to confusion and anxiety, decision- making mistakes, and stress.  In reality, some information out there is genuinely helpful in raising awareness, but even an excess of genuine information can be  unhealthy, as the aforementioned studies demonstrate. Most news consumers, especially in developing countries, are rarely media-literate, and remain unable to spot the narrow disparity between fake and genuine news reports.

The deluge of information has also confused the public conversation with almost constant contradictions, so that what’s safe this moment according to one scientist, becomes false in the next hour courtesy of another scientist. Each bad decision that followed this misinformation led to more lives  being lost to the virus. For instance, early reports from China and the WHO suggesting that COVID-19 couldn’t spread from human to human may have lulled several countries into a false sense of security, slowing their responses until they were too late to contain the outbreak.

Since then, many more countries have made mistakes based on misleading information. In various parts of the world, and at various times in the past few months, water, prayers, herbs, alcohol, hot baths, lemon, chloroquine, liquid soap, and bananas have been promoted as remedies for coronavirus In March, more than 40 people died and hundreds were hospitalized from alcohol poisoning following rumours that the substance cures coronavirus. A poll by YouGov and the Economist in early March, the latest period for which data are available, found that 13% of Americans believed the Covid-19 crisis was a hoax and 49%  think the pandemic is probably man-made.

While this kind of perception is expected to have shrunk over time with more deaths and widespread counter narratives in the media, reporting suggests that disbelief is still prevalent. And as studies have shown, widespread misunderstanding of the pandemic must have already reduced compliance with safe health directives, causing lasting harm to efforts to track and treat coronavirus carriers.

In recent times, social media sites have begun taking active steps to remove false ads and reports and to post warnings on misleading information. But the impacts of any false ideas fed to the public are usually difficult to measure or reverse. That’s because fake news does not just appeal effectively to reader biases,  but also travels faster than honest reports or even fact checks. For instance, a casual tweet in March from President Donald Trump about chloroquine’s (still unproven) effectiveness in curing coronavirus spurred a surge in demand for the product — as well as chloroquine poisoning – in Nigeria’s commercial capital city of Lagos.

Politicking with the Pandemic

What’s more, it is an election year in many countries, and politicians have seen the pandemic as a viable and urgent political currency. This is normal for any public problem, except that in a desperate effort to turn an obviously negative tide to the positive, many politicians unleashed literally lethal distortions of fact to suit the private interests of their party and office.

In the early days of the pandemic, President Donald Trump downplayed and misrepresented genuine warnings about the virus’s threat, claiming they were nothing more than the bitter voices of an opposition working to undermine him. In parts of Africa, rumours circulated that coronavirus numbers were inflated/faked to gain more funds from donors or deflated to hint at rapid progress in curtailing the spread. Either way, the consequences are that countries’ preparedness efforts were mostly conceived in error, and can easily be linked to numerous avoidable deaths from misdirected resources and missed opportunities.

But politicians, beyond twisting public health responses to match their biases, also leveraged their position to spread and endorse unproven solutions. Daily medical briefings, which should be ideally left to health workers, were dominated with political speech– some of which took on the tint of campaign rallies. Hasty to impress citizens with their “effectiveness,” politicians distorted data, context and information to either win good will or conceal inadequacies.

The impact is instant and catastrophic, especially because billions lean on the voices of their leaders for direction. That’s why country-specific responses took the shape dictated by their leaders in power rather than directly reflecting the capacity of their health infrastructure. In countries where leaders were illusive, responses were reduced to illusion, mere spectacle without substance. In countries where many leaders received the pandemic with doubts and contradiction, as well as heavy links to conspiracies, responses were equally confused and incoherent..

Handling the Next Epidemic:

The future promises a lot more epidemics and perhaps pandemics, as climate change and global travel increase transmission risks. As such, global health depends on preventive health practices as much as it does on organized responses to disease outbreaks. These two, however, depend heavily on health communication.

That’s why the handling of communication in the next pandemic has to change. First, health communications should be left to health care workers and scientists, not politicians who are usually encumbered with party, private and political interests. Health scientists are the likeliest to have both accurate data and clarity of ideas on how to lead the people in such a complex scenario.

Moreover, health communication should be dedicated to a central non-partisan and independent source in each country and region, run largely by health experts, alongside independent communication units to anchor public engagement. It could be apps, public databases and websites that issue, centralize and publicise health advisories. With a central organisation that aggregates and publishes data from key sources, the chances that fringe groups, politicians, conspirators and fake news huskers can hijack the process are reduced.

In addition, tentative research findings showing “promise” in this or that direction should not be publicised. For information to be made public, it has to scale through all the scientific gatekeeping and verification processes. That’s because most research outcomes are either completely debunked or altered upon peer review. In that case, the citizens, who are counting on the initial research outcome to make their decisions, most probably miss out on the updated result. Since it is seemingly tougher and less effective to control how people share, use and interpret information, it is best to tighten gatekeeping at source level.

Above all, there has to be balance between positive and negative coverage of any naturally negative situation.  The people recovering, the breakthroughs in vaccine discoveries, the heroic medics and everyday heroes in small neighbourhoods providing water, shelter and kind words to despairing communities — all must be highlighted to prevent societies from giving up on a unified pandemic response. A blend of good and negative coverage, in the right dosage, would curtail both excessive anxiety and pompous confidence. In a global coronavirus response that ranges from costly paranoia to denialism, that would be no small gain. And that’s a truth worth spreading. 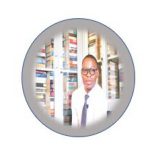 Orji Sunday is a freelance journalist and prospective MPP student based in Lagos, Nigeria. He writes about global health, development, security, politics, wildlife and climate change across West Africa. His works have been published in The Guardian, The Independent, CNN, Al Jazeera, TRT World, Mongabay and many others.