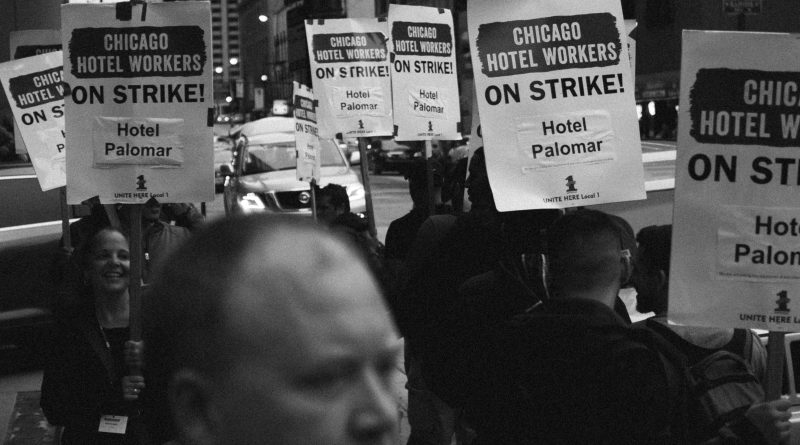 The Museum of Modern Art in New York (MoMA) in Manhattan is known for its vast collections of contemporary art, not the workers who keep it running. However, as its galleries shut down, MoMA’s labor organizing has gone on display.

Thanks to the advocacy of its five unions, when MoMA shut its doors during Covid-19, it maintained full salaries for all permanent employees, full and part-time – curators, security guards and front-of-house workers – until at least the end of July despite the museum’s closure. Meanwhile, five years after the $422 million reopening of the Whitney, the popular modern art museum in Chelsea has laid off nearly 20 percent of its workers during Covid-19. The Whitney, which does not have a union, stopped paying these staff on April 20th. The two museums’ divergent approaches to the crisis mirror the US labor market as a whole and hold lessons for millennials who might have previously thought that unions are irrelevant to their lives.

Ana Torok joined MoMA as a curatorial assistant in 2017. Ana, now 31, became interested in labor rights when she learnt of the history of a group of British and American artists who tried to organise in the 1970s. Ana says “It wasn’t entirely successful in the sense that the Artists’ Union only lasted about a decade, but they found ways of coming together to help artists regulate the sale of artwork through standardized contracts, and sought to provide benefits, such as free childcare.” Their ambitious vision inspired Ana to become actively involved in MoMA’s union.

At MoMA, Ana is currently a union steward and sits on the executive board committee. In 2018, she helped to negotiate a contract between Local 2110 and the museum. During Covid-19, Ana has been part of the team which negotiated for all workers to receive pay until the end of July. “On a very practical level, for me, being in a Union has meant higher wages, and benefits, like healthcare, which I didn’t receive in my previous curatorial roles because they were considered part time.”

Sam*, also a millennial member of the MoMA union, adds that the union helped to arbitrate between managers and employees who wanted mandatory annual performance reviews for staff. This was important to workers because “annual reviews would inform decisions to promote or let go of employees. Given the lack of resources in the arts around professional development, these opportunities for feedback are a critical time to learn and grow.”

Even before Covid-19, millennials like Ana and Sam* were joining and organising through unions. Millennials entered the workforce around the time of the 2008 financial crisis, one of the worst job markets since the Great Depression. Unions offered an opportunity for higher wages and respect from employers in increasingly insecure careers. The majority of millennials (56 percent) say that the decline of unions has been mostly bad for working people. This is translating to rising membership. In 2017, out of 858,000 net new jobs for workers under age 35, almost one in four (23 percent) was unionised, according to the Economic Policy Institute.

In recent weeks, young people have led protests about police brutality and inequality in outcomes for people of colour. Unions can create greater equality not only for members, but for  society as a whole. A recent study showed that the premium in wages and workplace benefits associated with union membership is particularly substantial for Black and Hispanic workers, immigrant workers, and women. Unions don’t eliminate the wage gaps based on race or gender, but they do reduce them – so long as unions are inclusive of all races and genders.

However, there are significant risks for people thinking about joining or starting a new union, and few protections available for members. Amazon, Uber and Facebook have all aggressively pushed back on unionisation over the past few years, arguing that unions can increase the cost of labor and therefore increase unemployment rates, depress stock prices, and harm the economy in the long run. During Covid-19, employees were fired in a New Jersey plant because they attempted to unionise for safer working conditions. After the University of California rejected bargaining conversations with the student union about paying workers a living wage, students were fired for organising a strike. In the art world, newly unionised employees at The New Museum in New York were furloughed in April despite negotiation attempts by the union.

These threats of retaliation can be a concern even for successful organizers and established unions. As Ana explains, “There’s always a risk to organising. I sometimes worry if speaking out or being involved will make it harder for me to secure my next job, but, ultimately, it feels more important to do this work than to worry about that.”

The fear that many companies have of unions is not well founded. Harvard economist Anna Stansbury argues that evidence suggests that on average, unions don’t impact a company’s likelihood of survival. Instead, most of the time, unions are redirecting profits from shareholders to workers. The soaring stock market, and rocketing US unemployment rates in June 2020, suggest that right now, profits are going to shareholders, not workers.

Empowering workers can also lead to productivity improvements, Stansbury comments: “Bringing worker voices into management decisions can help companies better understand operational issues and what needs to be done to rectify them. Also, productivity might increase because workers feel empowered and protected within the firm.”

It is not all good news however, and many workers continue not to be protected by unions. Ana explains that “MoMA hasn’t laid off most frontline staff because they’re unionized and they’re permanent, but they have unfortunately let many so-called temporary workers go.” Until there is bargaining across whole industries or sectors rather than at the individual firm level, and employers involve workers such as contractors and temps in democratic decision making, workers will continue to lose labor power.

With a report suggesting that 42% of US job losses during the current crisis are permanent, policy-makers should put labor rights at the center of a recovery. This would reduce inequality, improve working conditions, and give workers a voice that’s equivalent to their contributions to the places where they work. Millennials who have been particularly affected by the last ten years of precarious employment are speaking out and leading institutions which support workers’ dignity, safety and right to a fair share of the value they produce. In the age of Covid-19, these goals are more important – and harder to achieve without unions – than ever. 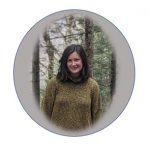 Emily Fry is a Master in Public Policy 2021 candidate and Belfer Student Fellow at Harvard Kennedy School.  Prior to HKS, Emily led Sustainability (Americas) and Social Innovation at Barclays. Her policy interests include international climate change agreements, green economic stimulus, and just transition. Emily holds a BA (Hons) in Economics and Management from the University of Oxford.

Edited by: Derrick Flakoll (who apologizes for the British-to-American English conversion)