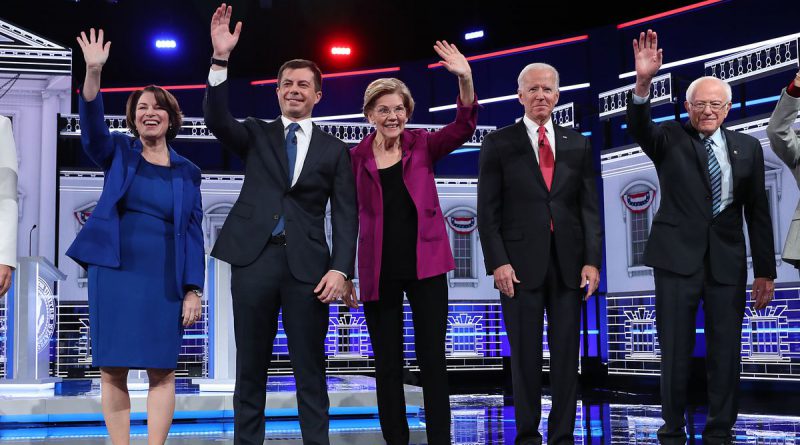 The Democratic Party primary is effectively over. Now that Joe Biden has secured the nomination on the first ballot of the party’s convention, Democrats are pivoting towards a strategy to defeat President Donald J. Trump in the face of a global health pandemic and a crisis of confidence in the American justice system. Citizens and consumers of political media should consider what worked, what did not, and what can be improved in our primary election process – starting with the debates.

Over the past year, tens of millions of viewers tuned in for eleven debates in search of a candidate to challenge President Trump. Despite more than 20 hours of cumulative network time airing debates, the political arena remained largely unchanged. Several longshot candidates and billionaires had their moments, but the major players – namely, Biden and Sanders – ended where they began, with Biden holding a commanding lead and Sanders not far behind. The stagnation in polling numbers should alarm voters to the current unfocused, unproductive, and unsustainable presidential debate format. It is time to rethink America’s debate system and shift to a more robust approach that leverages technology to enable substantive discussion.

Political debate is a long-held tradition of the American electoral system. Historians have famously characterized the senatorial debates between Abraham Lincoln and Stephen Douglas in 1858 as an ideal model. When rethinking the modern debate system, it is worth reflecting on what made the Lincoln-Douglas debates such a valuable platform for political discourse. The two candidates were able to deliver thoughtful and comprehensive arguments largely free from personal attacks throughout their seven debates—no small feat given the tension at the time around slavery. Yet, nearly a century and a half later, our debates have devolved into what can only be characterized as Soundbite Olympics.

How did this happen?

Few players in American politics approve of the current network-driven format. Candidates, campaigns, and the press all despise the status quo. The average cost for staffing, traveling to, and preparing for each debate is roughly $20,000 per candidate. But campaign receipts are not the only issue. Part of the animosity towards the debates stems from the inescapable fact that they fail to move the needle on polling. Other than the first debate, which resulted in an average change in national polls of 2.4%, the subsequent debates have been largely inconsequential. They are diluting political conversation, doing little to energize viewers, and failing to educate voters.

Several political commentators have recently made inroads on the subject. Last October, Walter Shapiro of the Brennan Center for Justice wrote that the issue goes well beyond crowded stages or vanity candidates, key reasons why many potential voters do not tune in. Shapiro points out that only 21% of likely Iowa caucus-goers had watched all three hours of the October 2019 debate. The Democratic National Committee, according to Shapiro, has ceded control of primary debates to the television networks. The same can be said of the Republican National Committee and The Commission on Presidential Debates, which sponsors and produces the general election debates. Because networks are primarily motivated by ratings, engineering conflict on stage is paramount. Consequently, debate coverage has become analogous to reality TV rather than a serious political discussion.

While television remains popular, there is a shift towards mobile internet as the dominant viewing medium in 2020 and beyond. In light of this trend, an opportunity exists for new media to capitalize on the evolving political landscape and emerge as a leading player. Podcasting is one example. With over 100 million listeners per week, podcasts have the potential to make a lasting impact on elections. 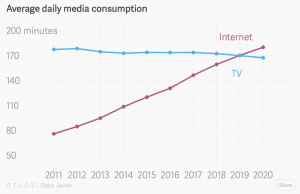 The New York Times is keenly aware of this changing dynamic. Last winter they produced “The Candidates”, a podcast series that covered Bernie Sanders, Pete Buttigieg, Elizabeth Warren, and Joe Biden in great detail. The Joe Rogan Experience, ranked as the #1 podcast in the world, featured Tulsi Gabbard, Andrew Yang, and Bernie Sanders as guests. Each of the Democratic candidates participated in multi-hour long-form interviews with Rogan. Media companies—like Spotify, which recently cut a $100 million deal with Rogan—are betting big on the future of podcasting. Contrary to conventional wisdom that the average American has a short attention span, podcasts have brought about a resurgence in the long-form interview as an accessible format. Podcasts curate a depth of discussion that currently seems unachievable through other forms of media.

Candidates have taken notice of the potential for podcasts and new forms of media to shape the next generation of political debate. Campaigns are adjusting their strategies accordingly by focusing more on social media. This shift means we may soon see the first official social media debate. Were it not for distrust in Facebook after it failed to recognize Russian disinformation campaigns in 2016, there might already be internet-exclusive debates. Once a social media platform can ensure a fair, legitimate, and widely accessible format, TV debates could begin to be phased out. The pandemic might even accelerate this process, since general election debates this fall will likely take place with diminished (or nonexistent) studio audiences.

Beyond the shift to more ubiquitous media, some have suggested stricter qualifications for candidates to earn a podium in hopes of reserving the stage for 5-6 quality candidates as opposed to a menagerie of 10+. Although it is unclear what might constitute more stringent qualifications while maintaining fairness, it is a suggestion worthy of consideration.

If nothing else, the debates could immediately spur more robust conversation by sticking to one topic per night. Mayor Mike Bloomberg touted this idea in his criticism of the January 2019 debate. Similarly, Greta Van Susteren has called for a more focused format in which candidates would articulate detailed answers for a series of “fact-based problem scenarios” given days in advance. Most interesting was Van Susteren’s proposal that subject matter experts, rather than network talk show hosts, lead the debate. Imagine a debate moderated by Bill and Melinda Gates on big tech, global health, or the role of philanthropy during crises. The ensuing conversation would likely be highly substantive, and the sharpest minds would rise to the top.

With the end of the Democratic primary and the beginning of a general election season amidst a pandemic comes an opportunity to reimagine America’s debate system. The Commission on Presidential Debates should embrace this paradigm by leveraging new media and modified debate formats. In doing so, the quality of our debates will improve as a result of increased access, engagement, and discourse. Ultimately, with the presidential debate restored to its pedestal of distinguished political dialogue, America’s highest office might once again be led by the best among us.

Skelley, Geoffrey. “Have The Democratic Debates Moved The Polls At All?” FiveThirtyEight, November 19, 2019. https://fivethirtyeight.com/features/have-the-democratic-debates-moved-the-polls-at-all/. 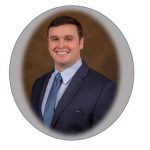 John Crowley is a joint degree candidate pursuing his MBA from Harvard Business School and MPP from Harvard Kennedy School. John is a graduate of the United States Military Academy and a combat veteran of the War in Afghanistan.