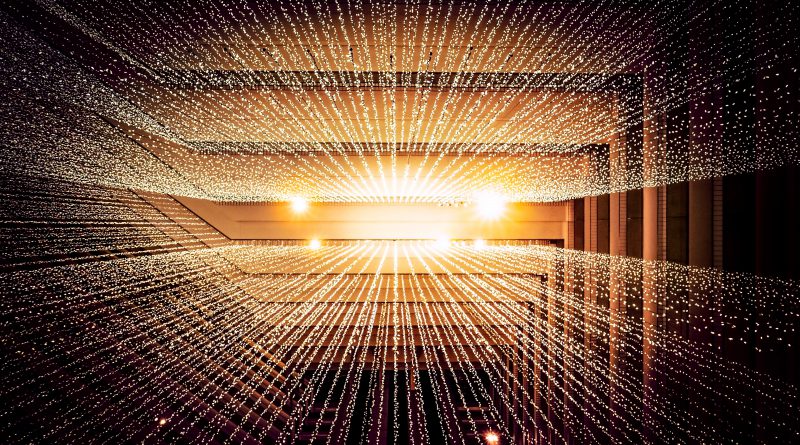 Over the past few years, scientists and experts have repeatedly warned the world community about the possibility of a new viral pandemic as a major threat to humanity. As usual, their voices were ignored. “Who was there to hear them anyway?” you might ask, when in the light of ubiquitously growing populism and nationalism, as well as the general crisis of liberal democratic values, we have ended up in a political darkness without common values, strategy, or leadership. In this darkness, neither the leaders of the so-called “free” or “not free” worlds could light a torch and lead humanity out of the labyrinth in which it now finds itself.

This crisis is not caused by today’s pandemic alone, although it was the virus that pushed people from all walks of life to the edge of the abyss. It was also a result of disruptive transformations in information and communication technologies (ICT). While tech companies for the most part were developing according to Moore’s Law (i.e. they doubled their performance every two years), the management methods and organizational structures of state institutions were not flexible enough to keep up with these efficiency gains. Consequently, states were unable to mobilize forces, human capital and innovative technologies in a timely manner to solve newly emerging problems, which were often accelerated or exacerbated by technological change in the private and civil society sectors.  Every new attempt to patch up the holes and overcome bureaucracy causes, paradoxically, the opposite effect, contributing only to more complex and impenetrable regulations. This, in turn, leads to the creation of new, but completely defective laws and ineffective redundant departments and agencies, only burdening the business process and complicating communication between government institutions.

As a result, the precarious situation that public institutions found themselves in led to an unexpected challenge. The state monopoly on power was questioned by the representatives of the new world – millennials and generation Z – and this lack of trust eventually triggered a new pursuit for decentralization and distribution of power. Waves of protests and uprisings such as the “Arab Spring” and “Occupy Wall Street,” social media-driven movements as “Black Lives Matter” and #MeToo, “trustless” blockchain and cryptocurrency technology, message encryption and use of VPN to escape centralized monitoring and regulation – all this and more, indicate that efforts to decentralize power are ubiquitous and taking many uncoordinated ways. The increase of such “anomalies” suggests that in the near future, especially so in the post-COVID period, we may well witness the evolution of the system of interaction between the state and the citizen.

Since two-thirds of the world were quarantined and forced to move online, governments all over the world had to similarly switch to involuntary digitalization of processes. And what seemed impossible for years, far-off and unimportant, very rapidly became a new irrevocable reality. However, the required digitalization did not solve the main problem – the speed and quality of the provided services. One can assume that change in government structures and interfaces, whether through reform or revolution, may solve the problem. However, the history of recent decades narrates that this is not the prerogative of all states. In fact, the countries that accelerate this process solely by introducing technology, without reducing the number of points of contact between the state and the citizen and thereby reducing the search costs for citizens to access services, simply translate the existing problems of bureaucracy into digital domain.

The essence of digital transformation lies in solving the problem of information asymmetry and all associated costs. This approach allows governments to achieve greater transparency and efficiency, as well as improve response time along the entire chain of interaction of the system and, as a result, simplify the entire business process. This would open up an opportunity to build a Wikipedia-like state as a social network, but one with an open-source ethos and unrestricted access, granting citizens the power to view, scrutinize and incorporate changes to government policies and administration, and do it all online. Hence, the decision-making responsibility would be shared with all citizens of the country, and the state would not be able to use the new technologies to solidify power. This would not only systematize public governance, but also restore the general confidence of citizens in the system. Such a system, even in the absence of a visionary and strong leader, will allow governments to make optimal decisions that maximize the common good for the country.

This, however, does not imply that decision or policies can be constantly changed and therefore paralyze the entire system, and add even more uncertainty to the future ahead of us. By all means, we ought to discuss a more agile state, that is based on a broad concept of “expert public opinion,” or in other words, based on the wisdom of crowds and analytics of big data, which must be verified, substantiated, and empirical. This state will have to ensure specifically outlined editing rules, policies and guidelines to guarantee fairness in policy consultation and change. As may happen with any other open system, a “wiki state” may open the way to new potential abuses or side effects.  It is therefore important to make sure all changes introduced by active citizens go through peer review before these amendments are incorporated into our system.

Beyond doubt, this to-be-established system implies an opportunity for all citizens to be involved, but in practice the real power will emerge from the optimization of interactions among the members. These interactions, and not the platform per se, would be the foundation of the wiki state’s improved governance. The success of the system would certainly depend on the capable contributors keen to change the world for better, but whose voices have been unheard before. Given the fact that the system is decentralized and has to strive for excellence, the number of merely passive citizens subject to laws but not contributing to their formulation would also gravitate towards zero – because the quality of citizens’ governance would depend directly on the work they themselves put in to shape it.

Governments need to act today to lay the necessary legal and infrastructural foundation to achieve this level of synergy going further.

The main duty governments are tasked with on this path to evolution is to increase the speed of digital integration and make “right and optimal” decisions today. COVID-19 explicitly demonstrated that the prompt decision to introduce a quarantine regime in the country is directly linked to stemming the spread of the virus (and thus limiting the number of deaths). But even in the best-case scenarios known to us, states were simply catching up in attempts to adapt to the new rules of the game, imposed from the outside by the virus. States were not competent to play the lead role in containing the pandemic. The small quantity, unreliability, and most importantly, the inconsistency of the incoming information, and the failure to systematize it, only complicated the already difficult decision-making process. Coupled with the political ambitions of populists who would do anything for their ratings and continue to use banal language and positive messages to “solve” complex problems without a long run strategy, weak digitalization and the poor information ecosystem it implies can potentially lead to tragic consequences.

Therefore, states should learn from the architecture of the data analysis systems of leading tech giants. Despite an endless digital flow of information, these companies have learned how to break it down into manageable bytes and bits by use of sophisticated algorithms and artificial intelligence, structure and test its reliability and utility, thereby moving away from biased judgments and increasing both efficiency and speed of decision making. Beyond doubt, there is a room for possible bias and limitations associated with this digitalized approach. These systems are subject to bias and errors introduced by people’s prejudices and values. Besides that, the data used to train the artificial intelligence machines can likewise contain inaccuracies or distortions. Large tech companies extensively research problems related to biased selection and approach, and new techniques are being developed to overcome these problems. More importantly, to make artificial intelligence fair and inclusive, it is necessary to use quality unbiased data to train the machines, and to include people from all layers of society with different outlooks in the design of e-government programs. This diverse base of contributors is exactly what the Wiki government can provide states with, mitigating the negative impact of digital government and establishing proper justice. It is critical to recognize that artificial intelligence is not able to choose for people; its capability consists of making the costs and benefits of decisions clearer to people, that is exactly why this synergy of programs and the people is so important.

Given the inevitability of climate change, we must expect increasingly more challenging global issues in the foreseeable future, including hunger and poverty, drought and floods, hurricanes, and natural disasters, among others that have awaited a feasible solution for far too long. And we can hardly any longer allow life-changing decisions to be made by politicians who refuse to believe in science, or populist and authoritarian rulers who try to call the shots without accountability. The governing power needs to be entrusted to the people – with all the speed and reliability of cutting-edge technology to meet the challenges of tomorrow. 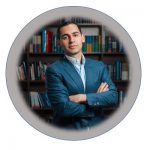 Urkhan Seyidov is an expert in the field of innovation and strategic communication, a senior fellow of the Center for Political Psychology in Azerbaijan, and the author of two books:Innovation – Implementation Guidelines and Soft power and Public Diplomacy of Azerbaijan in the Digital Age. He is also an alumnus of the Harvard Kennedy School Executive Education Program with a concentration in Public Policy.