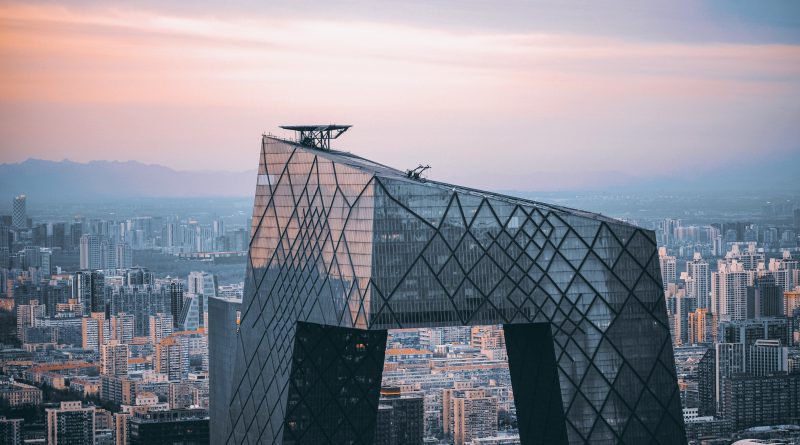 The current COVID-19 pandemic has placed a stranglehold on the world economy, and China has been no exception. Significantly, these effects have rippled across many countries that have benefitted from China’s lending spree over the past two decades, and whose economies have now taken a plunge. Many, if not all, are now in desperate need of debt restructuring or debt forgiveness. China itself currently faces so many profound uncertainties that Beijing has decided not to even set a GDP target for 2020, for the first time in 30 years. Most significantly, it will also force China to rethink the role of its state-owned enterprises (SOEs).

Much has been written and debated about China’s SOEs and their inefficiencies. These so-called “zombie enterprises” not only create market distortions, they constitute a significant drag on the Chinese economy because it is the state that decides which industries will be protected, who will receive subsidies, and who gets favorable loans, rather than allowing private markets to efficiently determine which companies grow or shrink.

THE U-TURN BY PRESIDENT XI

At the Third Plenum of the 18th Communist Party of China (CPC) Congress, the government concluded that it should get out of the business of resource allocation, and that market forces should play the dominant role. Since then, however, President Xi Jinping appears to have had a change of heart. Rather than building on the conclusions of the Third Plenum, he has, instead emphasized the role of state industrial policy and SOEs in his domestic development strategy and the Belt and Road Initiative (BRI).

Nicholas Lardy of the Peterson Institute for International Economics in Washington has written that “even after receiving various direct subsidies, the Chinese Ministry of Finance acknowledges that more than two-fifths of these state companies persistently rack up losses.” Moreover, these state companies are “kept afloat with massive increases in bank credit that are almost entirely responsible for the increase to record levels of leverage in China’s corporate sector,” Lardy emphasized.

The overwhelming evidence for the efficiencies gained by an open market versus a mercantilist approach is already well-understood and not up for debate. Even boosters of a return to government-directed industrial policy within Western societies acknowledge the value of independent, privately-owned companies collaborating with and helping to frame government objectives – something that’s more challenging in a more state-centric system like China’s. With their share of Western educated elites and pro-reform government officials, Beijing must certainly recognize this as well. The question, then, is why Beijing clings to the state capitalist model.

SEARCHING FOR A CONVERGENCE OF INTERESTS

First, the CPC recognizes that its legitimacy is reliant upon a steady stream of vital resources that must be imported into China. As such, trade routes and sea-lines of communication for these resources, such as those flowing through the Arabian Sea, Bay of Bengal, and the Strait of Malacca, cannot be threatened in any way.

Second, these routes transit some of the world’s most underdeveloped, ungoverned and volatile regions, and are constantly vulnerable to piracy, terrorism, and possibly blockades and attacks in times of war – which China’s own leaders have publicly worried about for years.

One of the key solutions to addressing China’s industrial overcapacity over the past few years has been the BRI, which President Xi has gradually expanded into an all-encompassing prism for China’s global engagement. As most of these countries are low-income developing countries or middle income, their development relies heavily upon external aid. Currently, there are some 130 countries that have signed cooperative agreements with China on the BRI.

While the COVID-19 pandemic has no doubt changed the dynamics between debtor nations and China, these changes will be predicated upon Beijing’s long-term strategic approach to managing its debts. Chinese firms and state agencies have often written-off loans without a formal renegotiation process, even when there were few signs of debt distress. A 2019 paper from the National Bureau of Economic Research (NBER) indicates that China has engaged in 140 cases of debt write-offs and restructurings with developing countries since 2000. And the the SOEs’ alignment with Beijing’s foreign policy objectives has played a significant role in determining who gets debt relief and who doesn’t.

Private enterprises assess a project primarily in terms of its financial viability. If a project has no foreseeable return on its investment, then there is simply no business rationale for its undertaking. SOEs are different in that state ownership in a company facilitates the control of these companies such that profit maximization is not the only consideration for an SOE. Instead, decision-making will likely be based upon any number of Beijing’s broader political and foreign policy objectives. This “clientelist” relationship between the government and the SOEs makes it hard for the SOE to make trade and investment decisions that do not support China’s broader foreign policy objectives.

THE HIDDEN BUT VISIBLE FORCE

No doubt, these debt write-offs and renegotiations are initiated to create good will and enhance bilateral relations, but they actually go much further. According to the Brookings Institution in Washington, the SOEs are part of a strategic agenda “that play[s] out differently in different countries, which is illustrated by China’s approach to resolving debt, accepting payment in cash, commodities, or the lease of assets.” These strategic agendas come into focus where China’s investment “aligns with China’s strategy of developing its access to ports that abut key waterways.” As a tool of economic statecraft, profit maximization is not necessarily the critical deciding factor—if, in fact, the deciding factor at all. Therefore, it would be a mistake to view the BRI in the context of traditional Western aid schemes.

It should also be noted that it is virtually impossible to achieve a high degree of precision on the level of China’s loans overseas to the developing world. Generally, China funds BRI projects through its policy-banks such as the China Development Bank and the Export-Import Bank of China via China’s SOEs. Neither these banks nor the recipients themselves share the rates at which these loans are made.

The Paris Club, which tracks sovereign bilateral borrowing, would normally track these transactions. However, since China is not a member, the NBER analysis highlights that it “has not been subject to the standard disclosure requirements.” Therefore, China does not provide its direct lending activities related to the BRI. The NBER study estimates that nearly half of China’s loans to the developing world are “hidden debts” that “distort policy surveillance.”

Likely by design, the opacity of these transactions also makes it difficult to connect the dots on the intent of the loans. By their actions, however, Beijing’s interest in places like Sri Lanka, Djibouti, Pakistan, the Maldives, the Solomon Islands, and sub-Saharan Africa all appear to fall into five broad categories:

4) Compelling countries to switch their diplomatic allegiance from Taiwan, and

5) Attempts to divide the Western alliance, as it has done with the Piraeus Port, or some combination of these, and especially in 5G technology.

As Beijing approaches the centennial of the founding of the People’s Republic of China in 2049, the powerful “high priests” of the CPC have embarked upon an aggressive multi-tiered and multi-dimensional campaign to become a “fully developed, rich, and powerful” country by that time. A critical component of this campaign has been the role played by SOEs.

The COVID-19 pandemic has not only hit the brakes on this campaign but will also complicate Beijing’s efforts to balance its geopolitical interests against the precipitous decline on the assets of SOEs as well as declining investments in the private sector. A return to long-term growth will require Beijing to find efficiencies not only in the allocation of resources, but also in the productivity of the private sector against the deteriorating performance of the SOEs, which historically have performed poorly in comparison.

While current reforms of China’s SOEs may result in a mixed-ownership structure, China’s mercantilist approach, at least for the foreseeable future, is not something the US will be able to change as Chinese Foreign Minister Wang Yi recently invoked the coming of the “New Cold War” with Washington. The hard truth, as Robert Samuelson has noted, is that protecting the state owned firms may be more political than economic and “that’s why it may be so hard to change.” Whatever strategies US policymakers would consider in developing to manage the Sino-American relationship, Washington must begin with this obscure but omnipresent political elephant in the room. 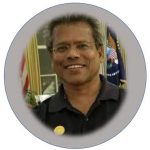 Dr. Patrick Mendis, a former American diplomat and a military professor, is a Taiwan fellow of the Ministry of Foreign Affairs of the Republic of China and a distinguished visiting professor of global affairs at the National Chengchi University as well as a senior fellow of the Taiwan Center for Security Studies in Taipei. 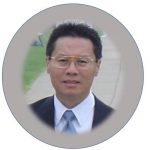 Joey Wang is a defense analyst in the United States. Like Dr. Mendis, he is an alumnus of the Kennedy School of Government at Harvard University. The views expressed in this analysis neither represent the official positions of their current or past institutional affiliations nor the respective governments.

Photo by: Road Trip with Raj