Home > Blog > The Revolution Must Not Be Gaslighted 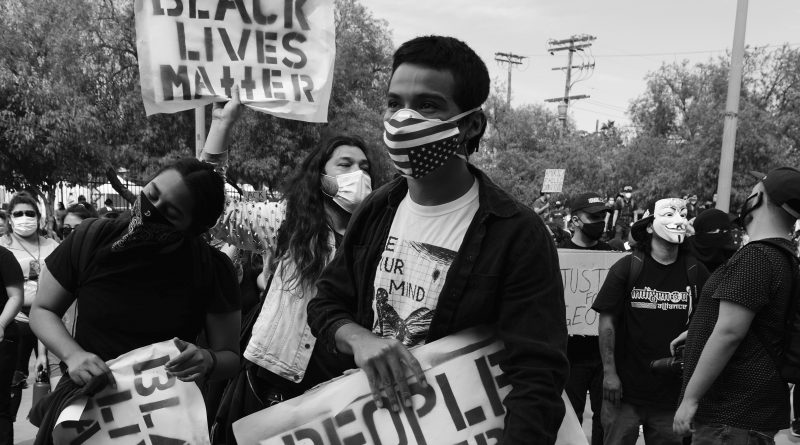 All fifty states in the U.S and over thirty countries around the world have participated in the protests initiated by the murder of George Floyd, a Black man killed by a white police officer in Minneapolis.

As coverage of the protests continued through the first week, the conversation unsurprisingly moved away from the police’s disproportionate use of force against Black people to questioning the validity of the protesters’ grievances. President Trump repeatedly tweeted accusations that protests were politically motivated, going so far as to condone shooting protesters while his National Security Advisor denied the existence of systemic racism. Commentary shifted from mourning the wrongful death of Floyd to critiquing the method and timing of protests with unsupported claims that Black Civil Rights leaders would somehow disapprove of protests.

The gaslighting had begun.

Gaslighting is a form of abuse which works by “manipulating a person by forcing them to question their thoughts, memories, and the events occurring around them. A victim of gaslighting can be pushed so far that they question their own sanity.” In the racial context, gaslighting is used by those in power to undermine and invalidate complaints of discrimination from those who are disempowered.

Gaslighting enables perpetrators to deflect and deny insidious forms of racism to avoid accusations of discrimination — and therefore the necessity to change. It is telling your Black friends that they are ‘making everything a race thing’ when they point out an discriminatory remark or belief. Gaslighting is the sister to dog-whistle tactics. It is co-opting a movement that explicitly recognizes the dignity of Black lives and purposefully misconstruing it as an attack against society.

Gaslighting muddles the boundary between innocuous neglect and malicious intent. Does the silence from white friends and colleagues stem from their uncertainty about providing support, or do they hope to curb a contentious moment so things can quickly go back to ‘normal’? Are they stunned to silence by the realization that they inhabit a system built to oppress their fellow citizens, or do they not believe that such a system exists?

Gaslighting shifts the burden of proof from the oppressor to the oppressed. Maybe, as a Black woman, I’m reading too much into this moment? Maybe I’m being too self-absorbed and using a tragedy halfway across the country as a one-sided litmus test of solidarity from the non-Black people in my life? Maybe the broken glass and charred cars are evidence that these protests are not about change? Suddenly, I start questioning the cogency of my interpretations and the validity of my reactions to an issue I can rightfully claim as my own.

Like other manifestations of racism, gaslighting may not be intentional, but it is harmful. It plants seeds of doubt and uncertainty in those that experience discrimination. At best it makes those experiencing discrimination question their valid perceptions of reality, and at worst it prevents them from pursuing necessary recourse. On a macro level, gaslighting allows parts of society veiled from discrimination to continue on a path of “plausible deniability” about the systemic problems that plague our society. Such denialism explains the tendency to excuse discrimination as a problem of “a few bad apples” rather than recognizing its omnipresent impact that denigrates Black people economically, politically, and socially.

So, what can you do?

Here are three ways you can prevent the gaslighting of Black people[1]:

If you feel insulted by this article, your feelings are real. But consider why you have such a self-centered reaction to a general phenomenon. Whatever the reason, do not burden the Black people in your life with assuaging your feelings or confirming that you are a good person. If you are an ally, continue to be one. If you are not, that is your decision. But what about listening to the ‘other side’ some will argue. In America, the ‘other side’ has had more than 400 years to make its arguments and the larger Western world has had millennia to make theirs. The end result is the unrelenting terrorization, exploitation, and murder of countless Black people around the world. It is time for the ‘other side’ to stop talking and listen.

In situations when your (most likely) Black classmate highlights racial disparities that are  perpetuated by certain policies, instead of immediately refuting their claim, genuinely listen to them. Those who have experienced discrimination have a unparralleled ability to identify it because they have spent their entire life living it. This is not to imply that Black people hold the final authority in labeling something as discriminatory, but they have had centuries’ worth of lived experience dealing with its many forms.

While the Harvard Kennedy School, and institutions around the world, have a ways to go in order to progress toward racial parity and representation, there is no excuse for anyone in these institutions to not acknowledge that racism exists and that Black individuals bear the brunt of the negative effects. If you want to know how to fight against racism, you must take ownership of educating yourself towards becoming anti-racist. The Black people in your life are not on call to host anti-racism workshops for you. At HKS alone there are a plethora of resources: the William Monroe Trotter Collaborative for Social Justice, the Renewing Rights and Responsibilities project from the Carr Center, and, though few in number, noted Black intellectuals such as Khalil Gibran Muhammad, Megan Ming Francis and Cornell Brooks. Harvard-wide, you can find wonderful resources from the Hutchins Center for African & African American Research and have access to American Civil Liberties Union reports on racial justice. Outside of Harvard, there are countless resources to reference. Not knowing about or understanding how racism manifests itself is an active decision. And yes, racism does exist in other countries.

Know the history and facts about racism before you try to tell your classmate, friend, or coworker that they are making everything into a ‘race thing.’

We are confronted with injustices with roots so deep and intertwined they seem inevitable and unsolvable. They are not. These injustices were created and relentlessly executed to dominate and exploit Black people while denying their rights and humanity. These injustices can only be overcome with similar unyielding tenacity to restore those rights and recognize our humanity. This requires intentional participation from all of us. As future public servants and members of society, we have a responsibility to understand the roots of these injustices and actively work against them. Do not diminish the grievances of Black people as playing the ‘race card.’  Do not dismiss the unequal balance of power that works to maim Black people in all aspects of society. Do not ignore centuries long pleas for recognition and dignity, whether they manifest themselves as silent weariness or as global protest.

We need to be better. Lives are depending on it.

[1] These tips are true for any group facing discrimination, but the focus of this article is specifically on discrimination against Black people. 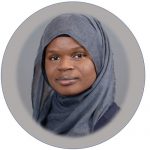 Kadijatou (Kadija) Diallo is a current Master in Public Policy candidate at the Harvard Kennedy School of government. She previously worked with immigrant and underserved communities helping them access the resources and social services they deserve. She is a Research Assistant with the Renewing Rights and Responsibilities project at the Carr Center for Human Rights at HKS. In that capacity she focuses on the historical and current legal, social, and economic reality of racial discrimination within the U.S.