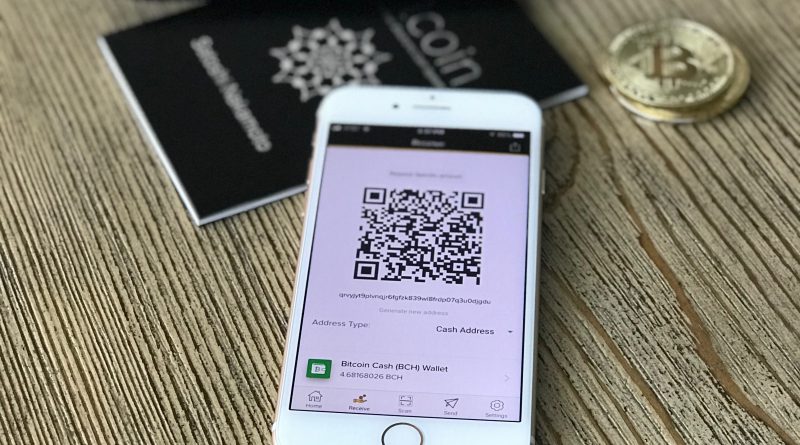 When your kitchen is on fire, you wouldn’t want a passcode-protected fire extinguisher, wrapped in triple-sealed packaging, sitting in your garage. Delays in applying your tools can be fatal.

With the COVID-19 pandemic rupturing the basic fabric of the global economy, shops around the corner are closing down, and millions of people are starting to file unemployment claims. As a result of necessary social-distancing mandates to flatten the curve, the economy has been simultaneously hit by a supply shock and a demand shock. Policymakers have desperately rushed to their existing toolkits in anticipation of the coming doom. Much of the response, in many advanced economies, is in the form of a de facto “helicopter drop,” Milton Friedman and Ben Bernanke’s phrase for printing money and giving it freely to citizens. The United States, for example, passed a $2.2 trillion stimulus package (worth 9.2 percent of 2019 GDP), which includes direct payments to most Americans, increased cash unemployment benefits, and a backstop for small business loans by the Federal Reserve.

But the rollout of this stimulus package has been marred by glitches and breakdowns, many not just technical but systemic, dampening the effectiveness of the rescue. People who don’t have direct deposit information filed with the government could see months of delay in receiving their $1,200 checks. These people are among the 10 million Americans who make less than $12,000 a year and are not required to file taxes, or the 6.5 percent of U.S. households who are “unbanked“. Small business owners might not have months to wait for an approved SBA loan to stay afloat.

Mass frustration with these delays and uncertainties calls for bringing a trending concept into even sharper focus: central bank digital currencies (“CBDCs”). CBDCs are digital currencies issued as central bank liabilities to replace current paper money and reserves. The immediate benefit of CBDC in this pandemic is obvious: it is more hygienic than cash. Besides, a CBDC monetary regime might be systematically better equipped to carry out the stimulus package than our current fiat paper money regime entails.

CBDC can smooth the operational hiccups in dropping helicopter money. The government could send direct digital payments to each citizen’s automatically generated CBDC account rapidly. Most unbanked households cite a lack of funds to meet minimum balance requirements, distrust in banks, and inconvenient branch access as their reasons for not having a bank account. CBDC accounts overcome these hurdles because they can hold money without minimum requirements, in a total digitalized form, backed a public entity that can create enough money to cover its obligations.

The current mechanism of business lending programs will balloon banks’ excess reserve account and asset size. Wells Fargo rapidly hit the asset cap amid surging demand for Small Business Administration (SBA) loans, and had to close applications until a temporary waiver was granted by the Federal Reserve. If the Fed can debit SBA loans to businesses’ CBDC account at the central bank directly, rather than going through commercial banks, lenders’ balance sheets would be minimally impacted, and the delays from applying and waiting for the waiver would be eliminated.

Another potential benefit of CBDC is that it can theoretically enhance the effectiveness of monetary policy because the central bank can start charging negative interest rates. The zero lower bound occurs when the short-term nominal interest rate is at or near zero, and the central bank can no longer lower rates below zero to stimulate the economy. It prohibits negative interest rates because, in the current paper money system, depositors can withdraw negative-interest-bearing assets and hold cash instead. If high-denomination cash is abolished and replaced with CBDC, the monetary authority can apply a negative interest rate on depositors’ assets to provide the necessary stimulus in extreme scenarios like the current crisis. However, these benefits might not materialize in reality. Especially when the negative rates are trivial (say, -0.25 percent) depositors would be disincentivized to move their savings into mountains of zero-interest one-dollar bills and quarters. Hoarding cash can be inconvenient, burdensome, and risky. Additionally, negative interest rates are morally controversial, as they represent, in effect, a government tax on saving citizens and a subsidy to borrowers.

Most importantly, the full adoption of CBDC might eliminate the threats of bank runs or financial meltdown that are still lurking on the edge of people’s mind. The FDIC has worked remarkably well in reducing financial instabilities, yet it did not completely solve the problem of bank runs. FDIC’s solvency and coverage have been critically challenged in the Savings and Loan crisis of the late 1980s and early 1990s, and later again in the Global Financial Crisis in 2008. The combination therapy for bank rescues is a mix of central banks serving as the lender of last resort, which deals with liquidity risk, and deposit insurance schemes, which manages solvency risk. CBDCs have the benefit of killing both birds — solvency and liquidity risks — with one stone, because the central bank can always become solvent and liquid by printing more money. That means that in moments of crisis, CBDC holders would have no incentive to run, because their counterparty is the lender of last resort, which has the power and incentive to guarantee them against losses.

To be sure, realizing the potential of CBDC will not be easy or automatic. In Steven Spielberg’s movie Lincoln,  the titular President describes the perils of reform in a phrase that neatly captures the potential challenges of a transition to a better-functioning monetary regime: “If in pursuit of your destination, you plunge ahead, heedless of obstacles, and achieve nothing more than to sink in a swamp, then what’s the use of knowing true north?” The world of fully converted CBDCs may be an Eden, but the transition process to get there is a treacherous swamp.

The biggest challenge of the CBDC transition is its ramifications for the existing banking system. First and foremost, when households move their cash from commercial banks to CBDC holdings with the central bank, commercial banks would suffer from a liquidity strain on their funding, similar to what one observes in a typical bank run. Also, under a stress scenario, banks can suffer significant runs as depositors move cash to CBDC accounts. CBDC is issued and guaranteed by the lender of last resort and is, therefore, the safest asset with the least friction, encouraging consumers to pull their money out of commercial banks en masse in a crisis, potentially threatening the stability of the financial system. Even the most capitalized commercial bank would be subject to runs if no limits are put on CBDC-deposit conversion.

CBDCs may also produce a variety of other negative effects. If a CBDC is accepted as a means of exchange in cross-border transactions, it can potentially facilitate hasty currency substitution in weaker economies with high inflation, leading to exchange rate volatility. When deposits move from commercial banks to central banks, so will lending, eroding the division of labor between the central and commercial banks and thus central banks’ independence. And a world where the central bank is the lender to businesses, and the creator of credit, will be plagued by moral hazard as the central bank strives to save failing businesses in order to protect its own balance sheets from bad loans.

To address risks outlined above, academics have proposed a two-tier remuneration system. Kumhoff and Noone (2018) outline four principles in their proposed solution: (1) CBDC pays an adjustable interest rate; (2) CBDC and reserves are distinct, and not convertible into each other; (3) no guaranteed, on-demand convertibility of bank deposits into CBDC at commercial banks; and (4) the central bank issues CBDC only against eligible securities. The purpose of these principles is to control the effects of CBDC so that CBDC does not undermine the basic infrastructure of existing financial order. But the two-tiered remuneration system is not a panacea to all problems for every country. For example, the convertibility principle is called into question by the European Central Bank regarding its conflict with Eurozone’s existing legal statues. If a CBDC is given the same legal tender status as banknotes and coins, it would have to be usable at any location under any condition between counterparties, which means unconditional convertibility.

Will CBDC be a Hail Mary for the underbanked, for more efficient payments, for people in need of anonymity, and for the central bank to pass through its monetary policy? Or will it cause bank failures, runs, and exchange rate turmoil that eventually hurt the real economy? The answer lies in the design features of each specific CBDC and how they interact with each country’s unique underlying situation, as well as the state’s capacity to carry out more comprehensive regulatory reforms. But the limited effectiveness of existing monetary policy in the face of COVID-19 suggests that whatever obstacles CBDC faces, central banks around the world will need to start experimenting different features to find the optimal solutions for each country respectively. 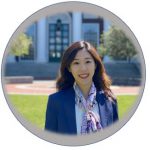