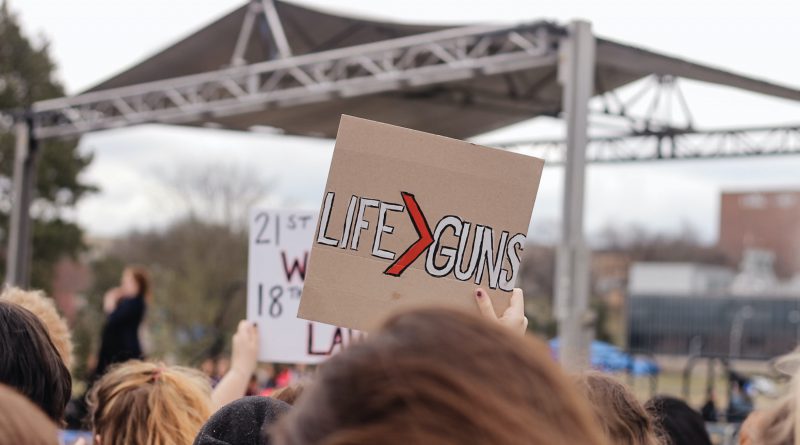 Two deadly epidemics threaten the lives of Americans. Both have cost too many of us our loved ones, imposed relentless burdens on our healthcare professionals, and affected all communities, while disproportionately harming communities of color.  The first is a global threat that originated in nature and will take all the scientific prowess and ingenuity we can muster to defeat:  It is, of course, COVID-19.  The second, uniquely American, is a problem of our own making, and can be dispatched with tools that have long stared us square in the face: gun violence.

The United States is an outlier among similarly wealthy, educated countries when it comes to gun violence.  According to Everytown for Gun Safety, the US gun homicide rate is 25 times that of other wealthy countries. Every year, about 38,000 people die from gun violence – or approximately 100 people per day – and nearly 2,900 of these are children and teens.

And from one vantage, COVID-19 has brought no respite; cities like Chicago and Philadelphia have experienced an uptick in shootings, further straining the cities’ resources and healthcare capacity.  In the time between March 1 and April 19 of this year, we have actually seen a six percent increase in gun violence deaths relative to the same period last year.   Thus, and notwithstanding the many commonsense policy solutions House Democrats have introduced, the Republican Party’s feckless intransigence on issues of gun safety is allowing an already tragic gun epidemic in our country to become even worse.

For me, this issue hits close to home.  When I was a first-grade student in a New York City public school, a classmate brought what I assumed was a toy gun to class.  First, he pointed it toward me, then he pressed it against me, teasing, “bang, you’re dead.”  I soon learned this was no toy—it was a loaded handgun.  Although I was lucky to escape my personal encounter with a gun at school, in my career as a federal prosecutor, I saw firsthand how destructive illegal gun possession and gun violence can be to communities.  And I am proud to have helped take dozens of illegally possessed and illegal guns off of our streets and out of the hands of dangerous criminals.

Gun reform is part of why I am running for Congress.  It has become an inescapable truth that more guns in our communities means more gun-related deaths. I understand the need for the federal government to end the senseless gun tragedies in our schools, movie theatres, and places of worship, and hold all those responsible for these tragedies accountable.

As a Congressman, one of my first acts will be to introduce my gun reform plan: “STOP” (Securing Threats and Ongoing Protection), which contains 5 key policies.

First, we must institute universal background checks for all those seeking to purchase a firearm.  Current loopholes in federal law allow former criminals, domestic abusers, and people prohibited for mental health reasons to access guns from unlicensed sellers. With the support of more than 90 percent of Americans, implementing universal background checks is arguably the lowest hanging fruit of gun legislation.

Second, we must implement a ban on assault weapons, high-capacity magazines, and other weapons of war that have no place in our communities.  In 1994, the U.S. Congress passed the Violent Crime Control and Law Enforcement Act of 1994, which made it “unlawful for a person to manufacture, transfer, or possess” a semiautomatic assault weapon.  The law expired a decade later, but in that time, research found a significant reduction in gun violence attributable to assault weapons and high-capacity magazines.

Third, we must pass red-flag laws that permit authorities to remove guns from those who are not currently fit, due to mental illness or other instability, to possess those weapons safely.  Today, 19 states have their own versions of red flag laws, including New York, which passed its legislation in 2019 under the leadership of Governor Cuomo.  However, a state-by-state approach to passing red-flag laws is not sufficient. To be successful, it will require federal legislation that applies to all states equally.

Fourth, we must take steps to regulate so-called “ghost guns,” or guns made by individuals using kits or 3D printers.  These guns are particularly dangerous because they are untraceable and anyone, including those prohibited from owning weapons, can make them with ease.  Indeed, as a federal prosecutor, at times I was left powerless to prosecute the possession of dangerous assault weapons from those who made them at home. Neither the bullets nor their victims care whether a dangerous weapon was made in a bedroom or a factory located across state lines, so we must close this glaring loophole.

Finally, as Joe Biden has argued, we must hold gun manufacturers accountable for their contribution to the problem, and ensure they no longer are able to assemble life-destroying weapons with impunity. Current law protects manufacturers from being held civilly liable for their products, a protection that is unique to the gun industry. This protection must end.

As we rally to overcome COVID-19, we should feel empowered to flex the same muscles of pragmatic decisiveness to address the other grave threats to our wellbeing.  Toward the top of that list is a threat entirely of our own making, one that we need no international partners to address:  our own, uniquely-American scourge, the scourge of gun violence. 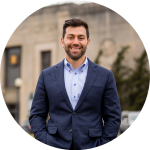 Adam P. Schleifer is a former New York State banking, insurance, and consumer protection regulator and federal prosecutor; he is a candidate for Congress in New York’s 17th Congressional District.