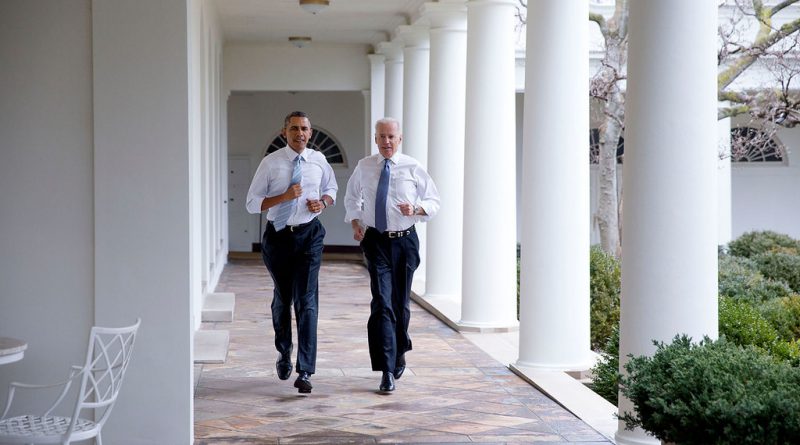 In 2008, freshman Senator Barack Obama defied the odds to win the Democratic nomination for president against former first lady and two-term Senator Hillary Clinton. When the time came for Obama to select his vice presidential candidate, it was speculated he would choose Clinton. Choosing a former competitor who came runner up in the primary was a realistic option – both John F. Kennedy and Ronald Reagan had done so. Obama was more concerned and interested in how his selection “may perform as an actual vice president”. This is not to say Clinton was not qualified, but Obama selected the more experienced Senator Joe Biden. Biden had served over 35 years in the Senate, including as chair of the Senate Foreign Relations Committee – a policy area Obama did not have vast experience in. He selected Biden to help him govern, as he expected Biden would “give him the unvarnished truth” during the presidency.

In 1980, former California Governor Ronald Reagan became the Republican nominee. Four years earlier, he ran as a conservative outsider against the moderate incumbent President Gerald Ford. In 1980, to unite the conservative and moderate wings, Reagan considered Ford to be his running-mate. After more thought was given to how unconventional it was to have a former president potentially becoming a vice president or a “co-president”, Reagan selected George H.W. Bush. Bush was a former Texas congressman, ambassador to the United Nations (UN) and China, and director of the Central Intelligence Agency. He was a moderate and an establishment Republican who Reagan needed to help unite the party. The Reagan/Bush ticket went on to win the 1980 and 1984 elections.

The most recent vice presidential candidate selected to unite the party was in 2016 with Donald Trump’s selection of Indiana Governor Mike Pence. Pence, a social conservative and establishment Republican, helped unite the party behind the outsider Trump. Trump says, “one of the big reasons that I chose Mike … is party unity”. The Trump/Pence ticket went on to win the 2016 election.

Presidential nominees consider a vice presidential candidate who can help win the election in November. Selecting a running-mate who can mobilise voters, whether geographically (states or regions) and/or demographically (class, ethnicity, gender, age and religion) can add a big advantage to the ticket.

In 1960, Massachusetts Senator John F. Kennedy (JFK) became the Democratic nominee. In the primary, he defeated the Senate majority leader from Texas, Lyndon Baines Johnston (LBJ). LBJ biographer Robert Caro states JFK knew of his lack of electoral appeal in southern states. In 1960, the Democratic base was in the south and it was the only region they won in the 1952 and 1956 presidential elections. The selection of LBJ geographically broadened the ticket, despite Robert Kennedy’s “contempt” for LBJ. The JFK/LBJ ticket went on to win the 1960 election.

The most recent successful vice presidential candidate selected to help win the election was in 1992 with Arkansas Governor Bill Clinton’s selection of Tennessee Senator Al Gore. Although Clinton and Gore were southern moderates roughly the same age, Clinton selected Gore to “reinforce”  the attributes of Clinton. The Clinton/Gore ticket went on to win the 1992 and 1996 elections.

Presidential nominees consider a vice presidential candidate who can help them govern. This is critical to helping make important decisions, implementing the legislative agenda, and honoring election commitments.

In 2000, Texas Governor George W. Bush became the Republican nominee. He selected as his vice presidential candidate the person who undertook the search and vetting process of a running-mate, Dick Cheney. Cheney was a former White House chief of staff, Wyoming congressman and defense secretary. He was like Bush –came from the establishment and a solid Republican voting state. Cheney says Bush “was looking for someone who could help him govern”. As vice president, Cheney had key governing authority in areas like the economy, national security and energy, earning him a reputation as one of the most powerful vice presidents in history.

As the remaining presidential primaries are postponed due to COVID-19, both parties have unofficially selected their presidential nominees.

The Republican nominee is incumbent President Trump. In November 2019 he confirmed Vice President Pence will remain on the ticket, stating “he’s our man 100 percent”. There is some speculation Pence could be replaced by former South Carolina governor and ambassador to the UN, Nikki Haley. If selected, Haley could help Trump win the election by broadening his demographic appeal to moderate and suburban women, and help him govern, especially in foreign relations. However, replacing Pence could divide Republicans and risk the 93 percent approval rating Trump enjoys with them. Pence is currently helping Trump govern by leading the White House Coronavirus Task Force – a very important role in this time of pandemic.

The Democratic nominee is former Vice President Biden. On 15 March 2020 he announced he will select a female vice presidential candidate, saying “there are a number of women qualified to be president”. The most speculated choices are 2018 Georgia gubernatorial candidate Stacey Abrams, Wisconsin Senator Tammy Baldwin, Nevada Senator Catherine Cortez Masto, Florida Congresswoman Val Demings, Illinois Senator Tammy Duckworth, California Senator Kamala Harris, Minnesota Senator Amy Klobuchar, New Mexico Governor Michelle Lujan Grisham, Massachusetts Senator Elizabeth Warren and Michigan Governor Gretchen Whitmer. To help unite the party, Baldwin and Warren appeal to progressive Democrats (who in large numbers supported Senator Bernie Sanders primary campaign) to help balance out Biden’s moderate support base. To help win the election, Baldwin, Duckworth, Klobuchar and Whitmer will help Biden win mid-west states like Michigan and Wisconsin that Clinton lost in 2016. Abrams, Cortez Masto and Demings will each help win Georgia, Nevada and Florida respectively. Abrams, Cortez Masto, Demings, Duckworth, Harris and Lujan Grisham will help broaden the demographic appeal beyond white Americans. To help govern, all the listed names have experience. Baldwin, Duckworth, Klobuchar and Warren have served in Congress for over 7 years; Abrams and Whitmer have led their parties in their state legislatures; and Cortez Masto, Demings, Harris and Lujan Grisham have led state or city agencies. The standout candidates are Harris, Klobuchar and Warren, who ran in the Democratic primary. They have already been tested on the campaign trail, from debates to shaking hands in local diners. Despite not being electorally successful, they each have their reputations intact.

If the past is any indication of what to predict in the future, Trump as an incumbent is likely to keep Pence, and therefore a united Republican Party behind their ticket. Biden is likely to select a running-mate based on who he thinks may perform as an actual vice president to help him govern – the exact same reason Obama selected him. 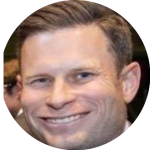 Matthew Cross graduated from the Harvard Kennedy School with a Master of Public Administration in 2018. He is currently the Head of Government Relations and Stakeholder Engagement in Australia at The George Institute for Global Health, a world leading medical research institute. He has previously been a political adviser in Australia to senior government officials.