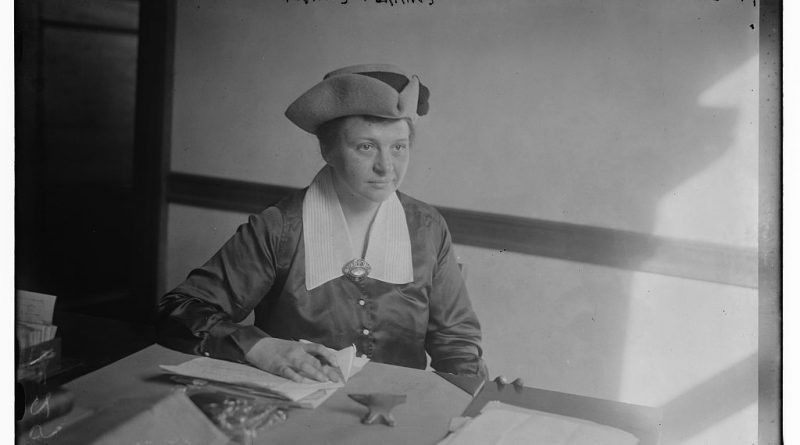 COVID-19 exposes injustice in the workforce. Frances Perkins offers a model to fix it.

We are only beginning to understand the economic repercussions of COVID-19. In less than two months, more than 30 million Americans filed for unemployment benefits, eliminating all of the jobs gained since the 2007-2009 Great Recession. The pandemic has brought unprecedented devastation to the U.S. workforce, but its impact has been far from equal across workers.

The dual health and economic crises are exposing the widening gap between college-educated workers whose jobs can be done remotely, and less-educated workers whose service-oriented positions are more likely to be suspended. The gap exists not just across education status, but also across race: “Less than one in five black workers and roughly one in six Hispanic workers are able to work from home,” according to a recent Economic Policy Institute report.

To be fair, economists have been talking about labor market polarization for years. COVID-19, however, makes it impossible to ignore, dragging labor policy back to the forefront of policymakers’ agendas and highlighting the ways New Deal-era legislation fails to protect workers in our modern economy.

The post-Depression period was a time of remarkable transformation in how our nation pays, protects, and insures workers. The labor movement’s legislative victories—the right to organize in unions and the creation of policies including a minimum wage, overtime protection, retirement pensions, and unemployment insurance—improved the lives of millions. They also came at a critical time, when the United States was recovering from an economic disaster of unprecedented scale. And they would not have been possible without Frances Perkins.

Perkins is an often-forgotten American figure. The first female cabinet member, she served as labor secretary for the 12 years of Franklin D. Roosevelt’s presidency from 1933 to 1945. In The Woman Behind the New Deal, author Kristin Downey describes a tireless advocate, devoted to the cause of worker protection after witnessing the preventable tragedy of the 1911 Triangle Shirtwaist Factory fire, which killed 146 workers.

Out of severe economic crisis, Frances Perkins rose to the occasion, fighting for and securing new benefits and protections for American workers. She recognized that the Great Depression opened a window for broad policy reform, acknowledging in a 1935 national radio address that “it took a depression to dramatize for us the appalling insecurity of the great mass of the population, and to stimulate interest in social insurance in the United States.” As millions file unemployment claims amid today’s crisis, it is easy to see the impact of her efforts.

Perkins made many compromises, but never wavered from her commitment to developing a social safety net. When asked to become labor secretary, she made it clear that her acceptance was contingent on Roosevelt’s support for her social insurance priorities. Later, when the President’s Committee on Economic Security—formed to devise the nation’s social security legislation—lacked resources, “Frances went hat in hand to raise money and borrow staff from other departments,” according to Downey. She was a steadfast advocate, forming unlikely coalitions—such as with New York’s famously corrupt Tammany Hall politicians—to achieve change.

Perkins recognized that workers faced deplorable conditions and mobilized the U.S. government to use public policy to improve their lot. As we weather a global health crisis and an accompanying economic recession, today’s leaders should follow Perkins’ model, stepping up to push for labor policy reform for the 21st century workforce.

The New Deal legislation was far from perfect in Perkins’ time and is undoubtedly insufficient now. When passed in 1938, the Fair Labor Standards Act intentionally left out farmworkers and domestic workers, who are overwhelmingly people of color. It did not cover independent contractors, an increasing proportion of today’s workforce. And the standards no longer guarantee a living wage: the federal minimum wage is not indexed to inflation and hasn’t been raised since 2009 when it reached $7.25 an hour. Perhaps most starkly as we face a global health crisis, these minimum standards did not mandate paid sick days.

Today, the $2 trillion aid package aimed at economic relief during the COVID-19 pandemic addresses some of these gaps. It created a federal emergency paid sick leave program and extended unemployment benefits to the self-employed, including independent contractors and gig economy workers. The package, however, merely provides temporary emergency relief. It remains to be seen whether policymakers will use the crisis as a catalyst for long-term reform on behalf of American workers.

Luckily, there are existing blueprints to follow. In January, the Clean Slate for Worker Power project at Harvard Law School’s Labor and Worklife Program released recommendations for an overhaul of American labor legislation. A coalition of more than 70 leaders from labor, academia, and non-profits, the Clean Slate project urges policymakers to extend labor protections to domestic workers, farmworkers, and independent contractors; to protect meaningful collective bargaining; and to give workers more input in corporate decision-making.

A crisis is often what we need to push forgotten yet insidious problems into the limelight. Current American labor policy fails to protect millions of workers from economic hardship. Policymakers should look to the Frances Perkins model of leadership in crisis, recognizing the current global health pandemic as a wake-up call to fight for reforms that increase economic security for all of our workforce. 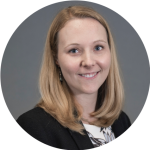 Lucy Moore is a second-year Master in Public Policy candidate at the Harvard Kennedy School. She previously served as a Policy Associate at the Biden Foundation and as Special Assistant to the Secretary at the US Department of Labor.