Home > Articles > Citizenship-Stripping as a Political Tool: A Comparative Perspective 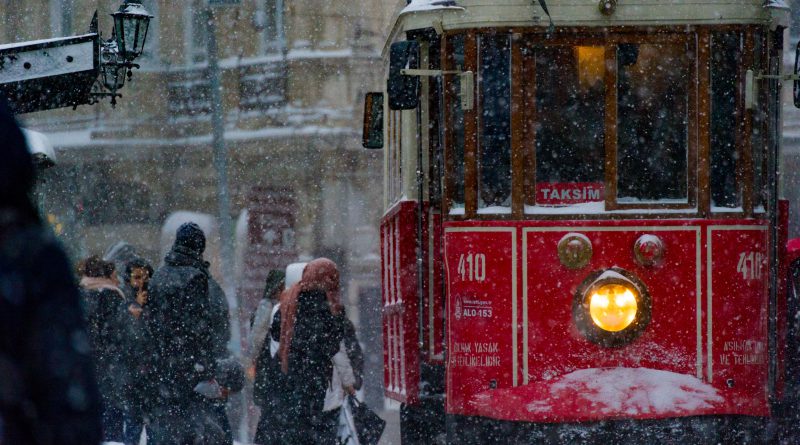 Since the attempted coup on 15 July 2016, Turkish state authorities have engaged in what they characterize as a counterterrorism campaign against the political enemy they blame for the attacks: the expatriate cleric and government critic Fethullah Gülen, as well as hundreds of his followers who fled the country. The Turkish government still maintains that the attempted coup was instigated by a faction within the Turkish army loyal to the so-called ‘Gülen Movement’ — a religious organization named after its exiled leader. The Turkish Government has demanded the extradition of Fethullah Gülen as well as other high level so-called Gülenists from their Pennsylvania compound to Turkey. But those demands for extradition have failed because the Justice Department has not found sufficient evidence of any crimes. Interpol has so far rejected all of Turkey’s appeals for red notices on thousands of ‘wanted persons’ targeted for their membership in the Fethullahist Terrorist Organisation (FETÖ) – a name Turkish Government uses to denote the Gülen Movement.

While the repatriation plan seemingly did not work, the Turkish state authorities carried out an unprecedented purge of all Gülenists at home and went on to denationalize those outside Turkey. On 22 November 2019, the Turkish Minister of Interior, Süleyman Soylu, announced that a list of 211 people -mostly members of the Gülen Movement- would soon be sent to President Erdoğan to finalize their denaturalization process. The legal basis of this announcement is a controversial emergency decree, namely Decree. No 680 of 6 January 2017, which enables the government to strip the nationality of Turkish citizens living outside of Turkey who are under investigation or prosecution for terrorism related charges, such as membership in an armed terrorist organization. The Decree and its implementation in the following months evoked strongly negative reactions across a broad swath of the international community. The Parliamentary Assembly of the Council of Europe, in its Resolution 2156, raised a red flag and called on the Turkish Government to ‘abolish the provision providing for the stripping of citizenship in cases of trials in absentia’. Likewise, human rights organizations have warned that the decree may lead to the arbitrary deprivation of nationality and leave thousands stateless.

The controversy over this decree is well earned, and bears examining in closer detail. In what follows, I seek to illustrate how the Turkish post-coup denaturalization policy bears a worrisome resemblance to the Nazi Government’s denaturalization/citizenship-revocation policies targeted at German Jews, in the years preceding World War II, in terms of context, purpose and substance.

It is almost ironic that the Turkish post-coup and Nazi policies took place in the context of a state of emergency – which exist to protect existing regimes, in both cases (quasi-)democratic ones. Leaders with authoritarian tendencies, then as now, are especially strongly motivated to use the framework of a state of emergency as a legal means to justify their restrictive measures. From the outset, they are generally fully cognizant of the profound implications of their actions in declaring a state of emergency on behalf of the people. The day after the famous Reichstag fire, on 23 March 1933, President Hindenburg signed the Enabling Act (Ermächtigungsgesetz), which declared a state of emergency and gave Adolf Hitler’s government unlimited powers to enact laws without the need of parliamentary approval. Before the Reichstag, Hitler concealed the true purpose of the Enabling Act and emphasized its allegedly economic aims in order to arrange the two-thirds parliamentary majority that the Act required for its adoption. And, in a not-so-unexpected turn of events, the state of emergency provided a veil of legal legitimacy for his government to suspend a wide range of liberties under the Weimar Constitution, and which eventually led to the most strident authoritarian regime in Western history. Similarly, in the wake of the 15 July attempted coup, Turkey declared a nation wide state of emergency and adopted a “shotgun” approach to human rights curtailment, which involved severe repression of virtually all dissent based, in many cases, on a very tenuous connection with the raison d’être of the state of emergency. President Erdogan, calling the failed coup a rare “gift from God”, clearly recognized an opportunity to carry out highly elaborate and controversial policies to centralize political authority, using the state of emergency as an ideal tool to transform, rather than preserve, the underlying legal and constitutional order. This led many observers to rightly argue that Turkey’s contemporary political regime is authoritarian, not democratic.

Consequently, both denaturalization policies were created by way of emergency decrees. While the Nazi Government started stripping Jews of their citizenship as early as 1933 on an individual basis, the Reich Citizenship Act of 1935, one of the so-called Nuremberg Laws, adopted a collective denationalization approach targeting all Germans of Jewish origin. This legal process reached its apotheosis with the adoption of the 11th Decree of 24 November 1941, which stripped all German Jews of their nationality. The Turkish legal process initiated on the basis of Decree No.680, on the other hand, still seems to be adopting an individual basis approach, designating only particularly troublesome members of the Gulen movement for now – a policy reminiscent of the initial stages of the Nazi process.

Moreover, both Decrees have targeted citizens who have left the country without requiring any criminal conviction. In the Nazi case, the 11th Decree applied to all Jewish Germans who had their ‘abode’ abroad; and in the Turkish case, Decree No. 680 impacts Turkish citizens living abroad. An important difference in their respective approaches must be duly noted: The 11th Decree did not consider the intent or motivation behind Jews’ presence outside Germany. Thus, it applied both to refugees and exiles and to those deported to camps such as Auschwitz. Its sole purpose was to render all German Jews stateless – a phenomenon that eventually informed discussions that led to the 1954 Convention on Statelessness. In the Turkish case, the Decree No.680 seemingly ‘penalizes the failure to cooperate with a criminal investigation with the deprivation of nationality’. So, it appears to be an attempt to assure those listed individuals remain in exile. Regardless of the difference in their purpose, both Decrees give rise to problematic legal categories for perceived ‘enemies of the state’ against which the international legal system does not offer strong protections.

Against this background, both Turkish and Nazi policies provide stark examples of how state conduct may be informed by blatant political expediency. In the Nazi case, citizenship-stripping laws were used as a political tool to denaturalize a large swath of Jewish populations before the Nazis went on to carry out the Holocaust. Similarly, in the Turkish case, as alluded to above, the expatriation policy was one more link in the chain of the Turkish Government’s far-reaching, arbitrary and disproportionate attacks on Turkish citizens suspected of political opposition. Despite the vulnerabilities of statelessness, one may wonder whether, in some exceptional cases, being stateless or expatriated for certain groups of people is preferable to having a citizenship bond with an authoritarian state. Lauterpacht, in his seminal ‘The Nationality of Denationalized Persons’ article, argues that statelessness ‘proved a source of protection’ for German Jewish refugees that fled from Nazism and successfully used their statelessness to acquire asylum abroad. One can, perhaps, draw similar conclusions for Turkish citizens. As dangerous and painful as statelessness may be, for Turkey’s exiles it may still be better than life under Erdoğanism.

Emre Turkut (LL.M.) is a doctoral researcher at Ghent University and a member of the Ghent Rolin-Jaequemyns International Law Institute (GRILI). He previously held a Swedish Institute fellowship at Uppsala University. Emre’s research covers a variety of fields within the domain of public international law and international human rights law, including derogation from human rights, state of emergency, human rights in the fight against terrorism, self-determination and remedial secession doctrine. He is currently a DAAD visiting fellow at the Hertie School’s Centre for Fundamental Rights.

Photo by Randy Tarampi on Unsplash