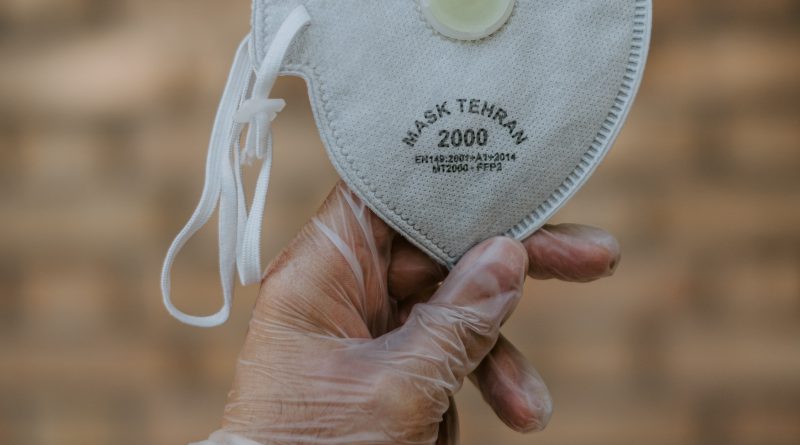 As countries across the world struggle to contain and mitigate the spread of COVID-19, Iran’s battle with the virus has been compounded by the lack of access to adequate medical supplies imposed by the U.S. government’s crippling sanctions on the country.

Iran is amongst the countries most impacted by the outbreak of COVID-19. As of April 19, 2020, Iran has at least 82,211 confirmed cases of Coronavirus and 5,118 deaths.  Though much of the devastating impact of COVID-19 in Iran can be attributed to the Iranian government’s disastrous initial response, efforts to stem the spread of the virus have been significantly curtailed by the sanctions.

For the last few years, sanctions on Iran have caused significant harm to Iranian citizens. Even prior to the outbreak of COVID-19, food prices skyrocketed and access to critical medicine was halted. Now, as COVID-19 ravages the country, the impacts of the sanctions are even more egregious than they were previously. The U.S. has continued to justify these sanctions as effective means to push Iran to “change its behavior” by draining the country’s economy. But the sanctions, and the harm they have caused to Iranian people, are legally and morally unjustifiable. The sanctions constitute a violation of international law, and further, they fail in their objective to bring Iran “to the table.”

U.S. sanctions on Iran have been in place since the start of the Iran hostage crisis in 1979. In the years leading up to the 2015 Joint Comprehensive Plan of Action (JCPOA), also known as the Iran nuclear deal, in particular, the sanctions in place under President Obama put a great strain on Iran’s economy. However, it was not until Trump’s 2018 decision to pull out of the JCPOA and reinstate sanctions that had previously been lifted as a part of the deal that the country fell into a dire recession.

While economic sanctions are recognized by international law as a legal means to “maintain or restore international peace and security,” they must still comport with human rights law. The U.S. sanctions on Iran, particularly since the introduction of Trump’s “maximum pressure” sanctions strategy, have not done so. In fact, the sanctions have been so extensive that they have effectively blocked critical humanitarian aid—particularly medical supplies—from reaching the country.

Even before coronavirus, the sanctions had proved to be disastrous for Iranians. Prices of basic food supplies—including bread and milk—increased exponentially in the wake of the sanctions. Access to medicine and medical supplies also became severely restricted, both directly through the reduction of pharmaceutical exports from the U.S. to Iran (from $26 million under President Obama, to $8.6 million under President Trump), and also indirectly through banking restrictions and restrictions on raw materials needed to produce medicine and supplies.

The UN Committee on Economic, Social and Cultural Rights (CESCR), in its General Comment Number 8 on “The relationship between economic sanctions and respect for economic and social rights,” stated that individuals living under sanctions “do not forfeit” their basic rights. In their report, “Maximum Pressure: US Economic Sanctions Harm Iranians’ Right to Health,” Human Rights Watch urged that countries take human rights, particularly the right to health, into account when imposing sanctions.

The Human Rights Watch report went on to also discuss the CESCR’s General Comment Number 14, which specifically calls on states to “refrain at all times” from restricting medical supplies, regardless of whether economic sanctions may be legally utilized. These restrictions on medicine and food, and their impact on Iranians, are evidence that the sanctions are in violation of international and human rights law. And as the pandemic’s fatal spread continues in Iran, the CESCR’s requirement that states taken even greater precautions to respect economic and social rights during “times of particular hardship” is particularly relevant.

Back in 2013, Novartis, a Swiss pharmaceutical company, stated that sanctions had “severely affected, if not fully ceased” the flow of life-saving medicine to Iran. With the compounded effects of COVID-19 and the increase in sanctions since this statement was made, these impacts on access to medicine have been exacerbated. Iranian healthcare workers have described the dire shortage of medical supplies, including personal protective gear, as they struggle to treat infected patients.

The U.S. asserts that it has carved out exemptions for humanitarian goods, including medical supplies, and has stated that it is Iranian leadership—and not the sanctions—that are to blame for the lack of medical aid. But the exemptions are meaningless within the larger framework of the sanctions: The restrictions placed on both raw materials and on banking have rendered it nearly, if not completely, impossible for Iran to make payments to other countries in exchange for medical supplies. A European diplomat, who has asked to be kept anonymous, shared with TIME magazine, “Without greater access to the international banking system and markets for the oil that is the lifeblood of its economy, Iran is unable to buy all the supplies it needs to weather the pandemic.”

Certainly, the Iranian government is not blame free. In spite of Iran’s being the epicenter of the virus within the region, the government has not implemented a full lockdown. The government went so far as to threaten healthcare workers who shared information about the existence of Coronavirus amongst patients at the start of the outbreak. Nonetheless, the sanctions still remain a significant impediment to Iran’s ability to effectively combat the virus.

Blocking access to critical medical supplies will not encourage cooperation

National Security Advisor Robert O’Brien stated in January 2020 that the U.S.’s sanctions will force Iranian leaders “to come to the table.” But blocking humanitarian supplies during a global pandemic is not an effective means to encouraging negotiations or regime change. It will only cause more Iranians to die unnecessarily due to the shortage of critical medicine and medical supplies, and further inflame Iranians’ negative perceptions of the U.S. government’s actions toward Iran.

Trump has stated that his decision to leave the JCPOA and increase sanctions on Iran was intended to pressure Iranians into accepting a new nuclear deal—one that would go far beyond the terms of the JCPOA. So far, there have been no signs that Trump’s decision has been effective in accomplishing these goals. Indeed, the military escalation that occurred in January after the killing of Iranian commander Qassim Suleimani may be evidence to the contrary.

While sanctions may sometimes be an effective foreign policy tool, the severe sanctions that have been imposed on Iran are unlikely to be successful. Iran was keeping up its end of the JCPOA when Trump made the decision to withdraw. Even with the re-imposition of sanctions, Iran continued to abide by the terms of the agreement for more than a year after the U.S. withdrawal. But as conditions in Iran continued to worsen under sanctions, without any movement on the negotiations, Iran ultimately declared in January of this year that it would no longer abide by the restrictions imposed by the deal.

While O’Brien, like many other U.S. politicians, believe that the sanctions’ impacts on Iran’s economy will push “Iranians out protesting in the street,” there has been extensive research demonstrating that sanctions instead often facilitate further government control and repression. As such, the continuation of sanctions and other harsh measures will simply establish U.S. complicity in the deaths of thousands of Iranians. It will also further fuel the argument that the U.S. is, and continuously has been, violating human rights law through the imposition of such severe sanctions.

International cooperation, and not punishment, is needed to effectively address COVID-19

U.S. sanctions on Iran have had devastating impacts on Iranian citizens’ health for many years now. But COVID-19 has shed new light on the severity of their impact—demonstrating a direct causal link between the lack of access to medical supplies and the mounting death rate in the country.

Fortunately, countries like France, Germany, and the UK have found a way to circumvent the sanctions and have begun exporting medical supplies to Iran to help the country combat COVID-19. But this comes only after the loss of thousands of lives to the virus in Iran, with no assistance from the U.S. to ease the restrictions in place.

Ultimately, in order to bring this crisis to a halt, the U.S. government must support Iran. The pandemic has only proved that our countries are all connected. It will be impossible to end COVID-19 in one country without ending it in all. 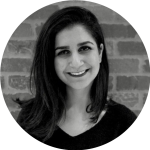 Niku Jafarnia is a fourth year JD/MPP student at Harvard Law School and Harvard Kennedy School focused on the intersection of terrorism, armed conflict, and migration. She has been working with refugee communities for the past seven years, and was a Fulbright grantee in Turkey prior to beginning her graduate studies.

Photo by Ashkan Forouzani on Unsplash