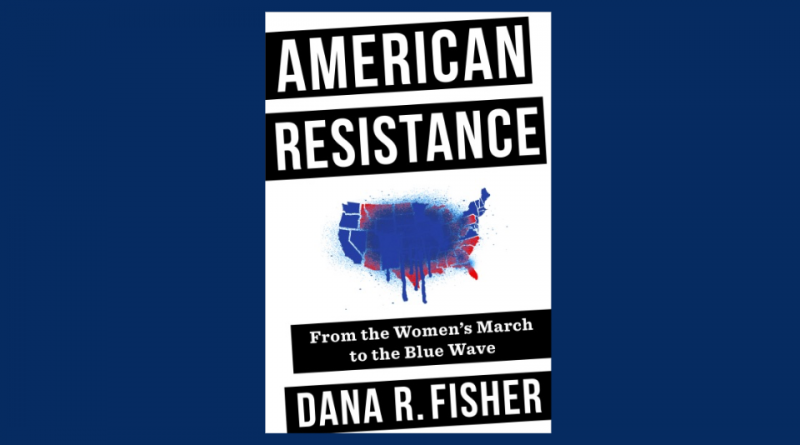 Renowned sociologist Dana R. Fisher studies political movements for a living. She has analyzed and surveyed protesters in every major modern U.S. movement, including the 2017 Women’s March, and the 2017 March for Science. In her latest book, American Resistance: From the Women’s March to the Blue Wave, Dr. Fisher explores the 2016 election cycle as a catalyst for the upsurge in U.S.-based political and grassroots mobilization. According to her, “the entire 2016 election sparked civic engagement and participation in American democracy like we haven’t seen in generations.” 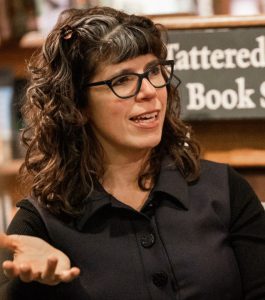 I had a chance to interview Dr. Fisher for the Harvard Kennedy School Review. Our conversation was edited for length and clarity.

What led to this book?

Dr. Fisher: In a way, it was an accident. Before the 2016 election, I was working on climate politics and clean energy in America. I started out by collecting survey data with the goal of writing a paper on the Women’s March. I just didn’t expect it to be one of the largest one-day protest in U.S. history! A week after the Women’s March, the first travel ban was signed as an Executive Order by the President. Suddenly, people were gathering at airports and there were several other marches, so I decided to keep studying it. It gave me this sense of hope to be studying something that was growing and allowed me to watch an expansion of activism, which I have studied my entire career. After the 2016 elections, I knew that my work on climate and clean energy projects was going to involve watching the dismantlement of a lot of progressive policies so this work on activism motivated me to keep going. I decided to write this book, but for real people – the general public, not for academics. That’s how the book came about.

Who stood out to you in terms of who was there at the Women’s March?

Dr. Fisher: The first thing that surprised me were the pussy hats. I remember being wowed by all these women knitting pink hats. It was very moving to see the sea of pink at the march.

The other thing that amazed me was that I kept bumping into people I knew from different periods of my life. I ran into this one woman I went to high school with and hadn’t seen since our graduation. I bumped into my college boyfriend and people who I haven’t seen since graduate school twenty years ago. It was amazing to me because the march really brought people together across walks of life.

In your book you describe the American Resistance as a countermovement – to what?

Dr. Fisher:  It is very much a countermovement – a countermovement that enables several different strains of activism that haven’t necessarily worked well together historically, but that became unified against a common enemy.  All these different strains of activism, such as the immigration movement, religious freedom, gun violence, Black Lives Matter, the climate movement, the women’s movement, the anti-war movement, LGBTQ rights – they were all at the March, and they are all part of this American resistance. In some ways, this is not unlike the Tea Party, which was a countermovement to the Obama administration. It brought together a bunch of people who didn’t necessarily agree about much, but they did agree about being against President Obama.

If you remove President Trump from the equation – is the countermovement against the individual or the message?

Dr. Fisher: If President Trump was to be replaced by a President Pence, for example, you would still have a resistance. It could get stronger or it may diffuse a little since Pence would probably be better at being political without the sensational Twitter behavior. In a future in which we have a democratic president, democrats will have some capacity to do some policymaking in Congress – which is something they don’t have right now. All they are doing is playing defense, at the moment.  It’s easy to work together on defending what is already in place.

Do you think that the Resistance and their moral outrage can translate into a voting block?

Dr. Fisher: I’m cautiously optimistic. More than three million people marched. You can’t win an election just on moral outrage – there’s just no way. It might translate into voting, but will it translate into voting enough to overcome an electoral college that is weighted more towards rural Americans than it is towards urban Americans, which is where most of the progressive Americans live? That’s the problem. It’s basically a system that gives a lot more power to rural Americans. This was originally done because we were an agricultural economy, but we’re not anymore. What we have now is a system where South Dakota ranks equally in terms of representation in the Senate as New York. It makes no sense, but that’s where we are right now.

The choice of presidential candidate will also play a big role in the amount of energy and enthusiasm from many voters. They must also work against gerrymandering, voter suppression, and the fact that the electoral college is weighted towards rural people.

If there is enough enthusiasm, the resistance could translate into a voting bloc in states that have historically been red, but where people are concerned about the Trump administration. If you look at the down ticket outcomes of the past numerous elections where democrats have lost repeatedly, that would be a big effect. For example, if they could convert West Virginia to a blue state like how Colorado is now considered a blueish state. That’s the best-case scenario. However, I actually think that is a really big lift.

I found the three “Ms” mentioned in your book very intriguing – the man, the message, and the members. Can you expand on that concept?

Dr. Fisher: The three Ms come from my second book, Activism Inc. To really win, you need to have this lasting connection among local people. President Obama’s charisma was the product of the work done by his campaign. The infrastructure that they built, however, was largely dismantled in the aftermath of Trump’s election. At the same time, while the left was relying on Barack Obama’s charisma, the right organized themselves in communities using organizations like Americans for Prosperity and other types of dark money efforts, to create an infrastructure that connects the people who care about the issues that are important to them. That helped to facilitate and empower the Tea Party and it also helped to win tons and tons of elections, which gerrymandered and suppressed voters across the country.

There’s no question that the people who live in the local communities are the ones who matter most for politics, and not just for who wins the presidential election. I would say it matters less for presidential elections than it does for congressional elections and down ticket state-level elections, which is why we saw such a shift. The lesson here is that organizing and a message that resonates with people are key, charisma can only take you so far.

You mentioned ‘dark money’ – do you consider that a form of resistance or even protest?

Dr. Fisher: I think that billionaires may think of dark money as their form of resistance. Jane Mayer wrote the book, Dark Money, which examines how conservative donors came together after Obama won. They pooled their money and started talking about what to do. They were resisting. They were resisting with their money, billionaires on the left do the same thing, look at Tom Steyer, George Soros, or Mike Bloomberg. We see them doing the same thing to resist. It’s not grassroots resistance at all, but it is a form of resistance, nonetheless.

Can you tell us a little more about ‘distributed organizing,’ particularly in the form of organizing in geographically rural areas?

Dr. Fisher: Distributed organizing became a term that got a lot of attention during the Sanders campaign in 2016. You had organizers who were assigned to go to places where nobody was working. They basically did barnstormers, and took advantage of digital technologies to bring people out and get them involved in their campaign.  In some cases, distributed organizing is all online. For instance, you can sign up for Indivisible, Swing Left, or Flippable, on your cell phone. You can say, “I’m curious about West Virginia. I want to help there,” and they’ll give you access to contacts who are likely to vote the way that you would support. Sometimes, people get involved in places where they have no connection and they’re not doing anything face-to-face. This way, you don’t just bring five people, you bring fifty. It helps bring power and energy to places by using algorithms and digital tools. Of course, there is no question that it is better to have your neighbor come up to you and say, “Hey, I’m voting, do you need a ride to the polls? Let’s talk about the issues,” versus a random person calling you from New York. Nonetheless, distributed organizing is a powerful tool to create more connections, linkages, and mobilize.  In this time of social distancing, I expect that distributed organizing will become much more important to the 2020 Election.

Bringing it back to the different strain of activism that came together as the American Resistance, do you think they will be able to remain bound together as a bloc?

Dr. Fisher: The research I talk about in the book builds off this paper we wrote about “Persistence in the Resistance.” We did an analysis where we looked at all the people who were at the big marches that took place between the inauguration and the 2018 mid-term elections to understand what explained who was coming out again and again. What we found is that the people who are most likely to turn out consistently had both contacted an elected official in the past year and were motivated by the issue of reproductive rights. This issue was one of the top for participants at the various Women’s Marches that have taken place but it is an issue that unifies the people who are the most active. But again, because the movement is predominantly highly educated, middle-aged, white women who lean left, it is not a surprise that reproductive rights is a catalyst for their activism.

I can’t say which comes first, the chicken or the egg, but what I can say is that if you want to get a lot of Resisters out and bring in more people who are diehards to an event, it makes a lot of sense to be sure to have reproductive rights featured prominently. 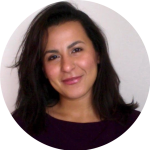 Elly Rostoum is a political scientist and a former National Security Council Staffer. She tweets at @EllyRostoum, and you can learn more about her work here: www.EllyRostoum.com