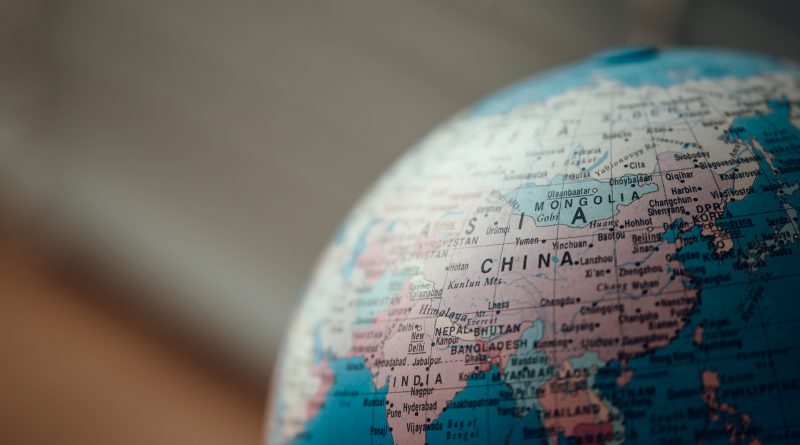 China’s entanglement in the domestic politics of other countries has resulted in rising anti-Chinese sentiments, especially during times when countries hold elections. Given its timeliness, politicians have used people’s frustration with China’s exploitation of their nation as a talking point to gain electoral support. Anti-Chinese sentiments can be attributed to several factors that include investment, trade, aid policies, bilateral agreements, immigration, and labor.

Countries have developed a negative perception of China’s economic activities, especially after seeing China use unethical ‘debt-trap diplomacy’ tactics to extort concessions out of its debtors. Furthermore, poorly structured aid policies and bilateral agreements have led to high corruption among government elites and Chinese companies not extending employment opportunities to locals.

To begin understanding the politics of anti-Chinese sentiment in other countries, look at Sri Lanka as an example. In November 2019, Sri Lankans went to the polls to elect former Defense Secretary, Gotabaya Rajapaksa, as their country’s new President. While candidates made national security the primary policy issue during the presidential race, questions about how to deal with China’s growing influence played an important underlying role in determining how people would vote.

Leading candidates expressed different ideas on how Sri Lanka should balance political and economic relations with China, in an effort to court approval among voters while working toward the nation’s best interest.[i] Over time though, Sri Lanka’s debt to China became insurmountable. The country’s handover of the Chinese-built Hambantota port to a Chinese company has become an oft-cited case of debt-trap diplomacy and predatory policies. On top of that, hiring Chinese laborers instead of locals in major Chinese-funded projects has inflamed anti-Chinese sentiments.

Anti-Chinese sentiments are not a new phenomenon in history. For example, in the 19th century, a mass exodus of Chinese workers to the U.S. flared up anti-Chinese sentiments due to employment concerns. Many Americans attributed declining wages in the Western U.S. to the presence of Chinese workers who displaced jobs in the mining, agriculture, and manufacturing sectors. In response to this concern, the U.S. Congress passed the 1882 Chinese Restriction Act to limit the influx of Chinese workers.[ii] Likewise, growing Chinese presence on the goldfields and increasing Chinese merchandise activities in Australia in the 19th century flared up strong anti-Chinese sentiments, which subsequently led to the passage of restrictive legislation against Chinese immigrants.[iii]

The underlying reasons for rising anti-Chinese sentiments vary. Based on what we have seen in Sri Lanka and 19th century U.S., fear of unfair economic practices and employment threats shaped people’s perception of China. As Chinese investments, companies, and workers have become more visible overseas; their activities have attracted much negative attention and controversy.

In the U.S. today, anti-Chinese sentiments are once again on the rise.[iv] A 2019 Pew Research Center survey shows that nearly 60% of Americans have a negative perception of China – a 14-year high. This negative perception is largely attributable to the U.S. trade deficit with China and fear of job loss.[v] The Trump administration’s escalating rhetoric against China and the ensuing trade war have intensified these feelings.

In addition to economic concerns, territorial claims have also led to rising anti-Chinese sentiments throughout the Asia-Pacific region. China’s growing assertiveness over disputed islands and reefs in both the East and South China Seas have provoked countries like Vietnam, the Philippines, and Japan, who also claim sovereignty to those lands. In Vietnam for example, dispute over the Paracel Islands led to a spike in anti-Chinese sentiments and led to the 2014 anti-China protest, despite the countries having a shared communist ideology.[vi]

Politicians in different countries are using anti-Chinese sentiments to attract attention and gain political support for winning elections. In Indonesia during the 2019 presidential election, President Widodo’s openness to Chinese investment became a key campaign line of attack by his rivals.[vii] Similarly in Malaysia during the 2018 general election, Mahathir Mohamad voiced Malaysians’ dislike for Chinese investment, and he promised to scrutinize Chinese investments in the country if appointed Prime Minister.[viii]  Chinese influence in domestic affairs also became a contentious election issue in the Maldives in 2018.[ix] It is notable that incumbent governments in both the Maldives and Malaysia who were accused of being receptive to China lost power.

Beyond the Asia-Pacific region, several African countries have used anti-Chinese sentiments as an electoral strategy. In Zambia, former President Michael Sata stoked anti-Chinese sentiments during the 2006, 2008, and 2011 presidential elections to gain electoral support from voters who opposed Chinese investment and activities.[x] Zimbabwe also saw a similar strategy during the 2018 presidential election. Opposition party leader Nelson Chamisa made public concerns about Chinese influence and activities an important part of the party’s campaign platform, and he promised to expel Chinese investors and cancel unfair bilateral agreements if voted President.[xi]

Ghana has become the latest African country to be entrapped in the politics of anti-Chinese sentiments. According to a 2016 Afrobarometer survey, Ghanaians negative perception of China as a natural resource exploiter is stronger than any other African country.[xii] This resentment and perception arose from Chinese gold mining activities in the country. Although Ghana’s laws explicitly forbid foreigners from engaging in small-scale mining, the sector has witnessed significant Chinese involvement.[xiii] This is due to collusion between three parties, Chinese miners, Ghanaian public officials, and local Ghanaian chiefs, who each benefit from mining activities that by law is reserved for locals.[xiv]

The number of Chinese miners grew rapidly from 2010 onward, triggering strong opposition and resentment from the Ghanaian public toward Chinese presence in the country.[xv] Politicians have regularly used widespread concerns about Chinese mining activities as a talking point for gaining electoral support. In order to win over supporters, the country’s largest opposition party exploited nationwide outrage over government’s failure to stop the influx of Chinese miners, and they berated the government for failing to protect the country’s resources and people’s interests.

China’s growing political and economic influence across countries has created an environment in which politicians are more likely to use anti-Chinese sentiments for gaining electoral support. It is important to note that opposition parties who are looking to win elections are inclined to leverage these anti-Chinese sentiments, while incumbents who are looking to retain power are inclined to defend their relations with China. Incumbents oftentimes resort to Chinese aid to fulfill government projects or political promises, which is necessary for remaining favorable in the country.

The implications for China’s growing investments and geopolitical interests across the world cannot be ignored. Countries’ partnerships with China and ongoing concerns about China’s ambitious Belt and Road Initiative have collectively emerged as a potent electoral tool for populist politicians. Caution must be taken in regard to how Chinese investments, projects, and activities are pursued and implemented.

Countries that partner with China should establish a fair and transparent engagement process to both ease public concern about exploitation and reduce anti-Chinese sentiments. One example is the Ghana–China ‘Bauxite-for-Infrastructure’ agreement, where the Ghanaian government’s focus on transparency and equality turned the once contentious deal to one that is generally accepted locally and internationally.[xvi] Transparency allowed Ghana’s parliament and media to vigorously debate the merits and drawbacks of the agreement, which solicited improvements to the deal. Furthermore, transparency allowed projects associated with the deal to be fairly distributed across the country irrespective of the political leaning of a particular region. All this comes to show that countries engaging with China must be smart. 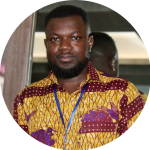 [xiii] The Minerals and Mining Act 2006 (Act 703) [Section 83(a)] explicitly states that: “A license for small-scale mining operation shall not be granted to a person unless that person is a citizen of Ghana.”