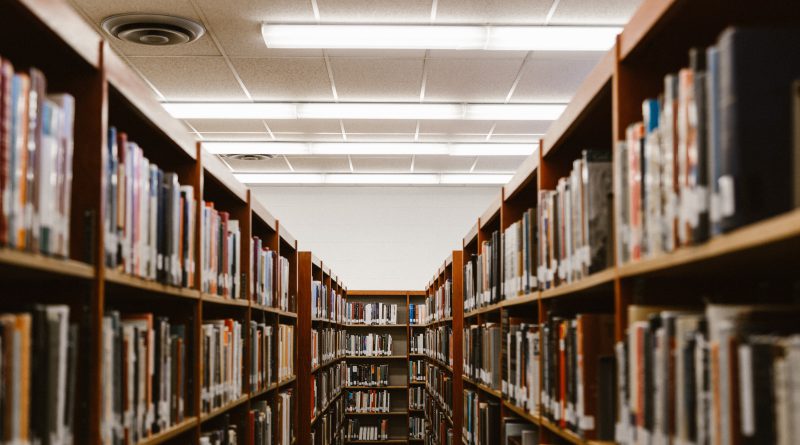 The rise of China has led to a surge in partnerships between American and Chinese universities. These partnerships offer significant opportunities for American institutions – a potential pool of new students and the possibility of demonstrating the value of free inquiry and the liberal arts to a new audience in China. But they also present challenges, including concerns about protecting academic freedom in a partnership with institutions that are controlled by an authoritarian state. As a political science professor at a small college with multiple connections to China, I have firsthand experience with these partnerships, including a term during which I taught at Guangzhou University. Both the perils and the promise are real.

Chartered in 1836 as a women’s college, Wesleyan College remains a single-sex liberal arts institution at the undergraduate level with a total of about 700 students, of whom about 15 percent are international. The college has longstanding ties to China. In 1904, Ai-ling Soong enrolled at Wesleyan, becoming the first Chinese woman to be educated in the United States, followed in 1908 by her sisters Ching-ling and May-ling. Ching-ling went on to marry Sun Yat-sen, founder of the Republic of China, while her sister May-ling married Chiang Kai-shek, who succeeded Sun as the leader of the Republic of China and continued to govern on Taiwan after the establishment of the People’s Republic of China on the mainland in 1949. Wesleyan’s current ties to China owe their existence to the education of the Soong sisters.

In 2012 Wesleyan opened a Confucius Institute on campus. Subsequently, the college received a grant from the State Department to establish an American Cultural Center at Guangzhou University, and in fall 2014 the first cohort of students in a new dual-degree program with Guangzhou University started taking classes in Guangzhou. These are the three most important connections between Wesleyan and China.

Since 2004, Confucius Institutes (CIs) have opened at universities around the world. China describes them as bringing Chinese language and culture to new audiences. Outside observers are less sanguine, criticizing them for restricting academic freedom. AAUP’s Committee A on Academic Freedom and Tenure has found CIs to be so problematic that American and Canadian universities should either cease hosting them or “renegotiate their practices to support greater transparency and academic freedom.” CIs have also been described as a means of “infiltrating” American classrooms. Observers agree that China does not fund these programs out of pure altruism but as a way of promoting its national interests. The question is how consistent these programs can be with the academic values held by host institutions. Several universities’ CIs have closed amid allegations of inappropriate interference by Hanban (the Office of Chinese Language Council International) and infringements on academic freedom. The most visible of these closures were institutes at the University of Chicago and McMaster University in Ontario, where there were claims of improper influence on the language curriculum and discriminatory hiring practices for language instructors. However, American academics at other Confucius Institutes report much more positive experiences, describing their Chinese partners as flexible and working within norms of academic freedom.

At Wesleyan, so far, the direst predictions have not come to pass. Still the question of hiring decisions for employees coming from China on the other hand is a difficult one. This has not been subject to debate at Wesleyan, it is a matter of legitimate concern, and one over which American institutions have extremely limited control. Hiring decisions in China are made under the purview of the Chinese Communist Party. This is no less true for the Chinese employees of Wesleyan’s CI than it is for any other American host university. Wesleyan offers four semesters of Chinese courses as a foreign-language option. Until recently, instructors were provided by the Alliance for Language Learning and Cultural Exchange, but Wesleyan’s current Chinese instructors are hired by the Confucius Institute.

Other serious concerns relate to efforts to stifle discussion about the “three Ts” – Taiwan, Tibet, and Tiananmen Square. There was a period of troubling contention about the display of the Taiwanese flag at ceremonies on campus. The controversy began in April 2016 with a complaint from a mainland Chinese student about the display of the flag at a festival sponsored by the international students association. The dispute appeared to be an isolated incident until the beginning of the fall semester, when the flag issue re-emerged around planning for the opening convocation. The college had a tradition of marking its international diversity by displaying the flag of each country that was the home of a current student. However, in fall 2016, administrators informed students that only the flags of countries recognized by the U.S. State Department and the United Nations would be displayed – which, of course, excludes Taiwan. After a vocal and tremendously negative response, the administration changed course and announced a compromise of sorts: no flags representing international students’ homelands would be displayed on stage at all.

It is not clear what precipitated the initial decision. Administrators have not revealed any communications from Guangzhou University or anyone else in a position of authority in China and insist that they simply acted on their own, having never previously considered the question of what constitutes a “country.” This claim is unpersuasive. One of two explanations seems likely. One is that administrators acted in the face of demands or threats, fearful of jeopardizing the financial benefits of ties to China. The other is that they did make the decision independent outside influence, and simply engaged in self-censorship. Neither possibility bodes well, although there is an interesting coda: flags from international students’ home countries are displayed in the dining hall, and the Taiwanese flag has continued to fly there, so far without controversy – perhaps unnoticed.

There have been no efforts to censor discussion in Wesleyan’s classrooms, either by CI staff or by college administrators, and in fact there have been some positive signs. In March 2015, my department hosted author Louisa Lim for a campus-wide convocation at which she spoke about Tiananmen Square in contemporary Chinese popular memory. Her lecture was well publicized and well attended, there was never any objection coming to campus. I personally did most of the organizing work and received nothing but support from administrators.

I spent several years as department chair and have colleagues who teach courses that include content regarding China, including a historian who serves as the American co-director of the Confucius Institute. The faculty in my department continue to present the curriculum based on their professional expertise, and there has never been a suggestion that it would be appropriate for the Confucius Institute to have input on any decision that properly belongs to our faculty. In terms of our teaching and research at Wesleyan, I feel confident that our academic freedom remains fully intact.

Of course, teaching in the United States and teaching in China itself are distinct experiences. Since New York University established an Abu Dhabi campus in 2010 there has been a robust debate in the United States about satellite campuses in states that do not protect academic freedom or free expression, with critics arguing American institutions may compromise their core values. In 2015, I spent eight weeks at Guangzhou University teaching a course called Contemporary American Culture to the 55 members of the first cohort of dual-degree students. My presence there was supported by Wesleyan, but my official status was that of a visiting faculty member at Guangzhou University.

I designed the course as I would have if I were teaching a group of non-native speakers of English in the United States. I made the judgment that it would be better to ask forgiveness than permission for addressing “controversial” topics, and as it happened I never had to ask forgiveness. My reading list included a few items that might have raised eyebrows, including the Sermon on the Mount, excerpts from Mill’s On Liberty, Tocqueville’s Democracy in America and King’s “Letter from a Birmingham Jail.” While I did not receive permission in advance, officials at Guangzhou University were aware of what I was teaching, and never gave me any indication that they thought I was doing anything inappropriate. As positive as my experience was, I recognize that I likely had an unusual degree of latitude as a foreigner on a short stay.

My experiences at Wesleyan and Guangzhou have shown both the promise and perils of partnerships with Chinese institutions. The students in our dual-degree program were a delight for me to teach while I was in China, and they were a positive addition to the campus community at Wesleyan. Confucius Institute programming offers new cultural opportunities to students and the community that would likely not be readily available if the CI did not exist. At the same time, it is important to be realistic. China sets up Confucius Institutes not out of altruism but as a way of projecting soft power, and employees hired in China are hired under Chinese labor conditions, not American ones. Likewise, the ambition of demonstrating the value of the liberal arts is an admirable one that is worth pursuing, although no one should be under the illusion that it is possible to teach or research in China today under conditions of true academic freedom. 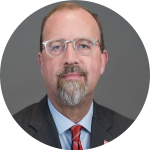 Tom Ellington is a student in the Midcareer MPA program at the John F. Kennedy School of Government at Harvard University. He is currently on sabbatical as professor of political science at Wesleyan College in Macon, Ga. And was a visiting faculty member at Guangzhou University in 2015.