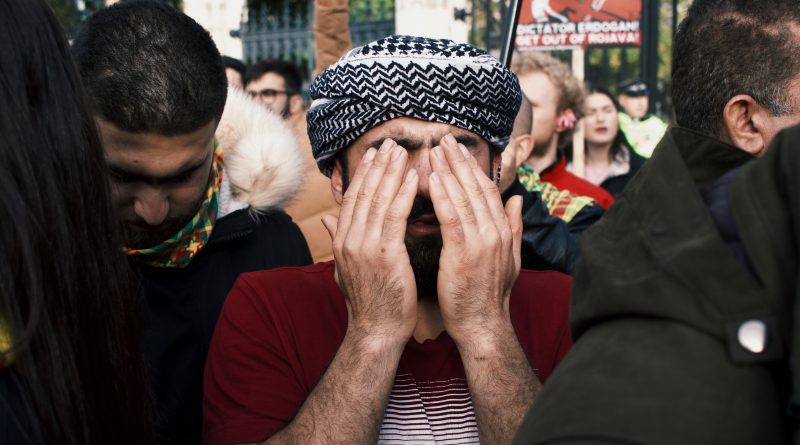 BY Yasir Gökçe and Mehmet Bozkaya

Amidst abundant signs of turmoil and challenges in Turkey’s seemingly rudderless foreign policy, the country apparently needs a more diplomatic approach and legal expertise in international law rather than aggressive military posture in its immediate vicinity. As Turkey lurches into one crisis after another in the Eastern Mediterranean and the Aegean Sea, the prudent invocation of international law has consequently become an imperative in foreign policy given the legal implications of current conundrums Ankara faces. The gas drilling dispute with Greek Cyprus, the looming prospect of E.U. sanctions over Turkey’s actions in the Eastern Mediterranean and the recent predicament in which Turkey has found itself in Libya expose certain challenges for Ankara regarding international law, no less geopolitical balance of power… But if the recent course of events indicates anything, this is a very dim prospect.

Cool heads are not in charge of affairs at home and abroad, a crucial missing in an hour of peril and great need especially after Turkey has decided to get his voice more heard in its vicinity and become embroiled in the frozen or hot conflicts in its adjacent areas of instability. But this was not always so. Not long ago, Turkey offered textbook cases of prudent uses of international law to advance its interests. “Turkey’s smart formulation of the questions in the 1927 Lotus case led the International Court to apply the permissive rule of international law, which subsequently resulted in the judgment being in favor of Turkey” once said our Professor Kathryn Sikkink in the course ‘the Politics of International Law’ in Harvard University, having made me feel the justified pride of being a member of Turkey’s legal team in the good old days. This appraisal had then been echoed by many international law scholars, acknowledging Turkey’s use of international law in a way that furthered her interests and drew legitimacy for her policies.

The 2010 Mavi Marmara incident was another occasion where Turkey took credit for leveraging international law by registering the vessel in advance in Comoros, a state which is a party to the Rome Statute. That plan was supposed to deter Israel from interfering with the ship and committing the crimes prescribed in the Statute, a move which would theoretically trigger the International Criminal Court’s (ICC) jurisdiction.

In another prudent policy course congenial to its essential interests in the Aegean Sea and the Eastern Mediterranean, Turkey has so far refused to sign the United Nations Convention on the Law of the Sea (UNCLOS) and has objected to the implementation of 12 nautical-miles rule of UNCLOS in a constant and persistent manner. Otherwise, this rule, which has matured into customary international law, would bind Turkey as well, even though she hasn’t ratified it, and enable Greece to extend its territorial waters up to 12 nautical miles from islands adjacent to the Turkish shores in the Aegean Sea. A discretion recognized by international law, persistent objection to that rule secured Turkey’s direct access to the Mediterranean and open seas.

In recent years, the image of Turkey as a country that is respectful of international law gave its place to a country, which disregards the basic principles of human rights and violating the very fundamentals of international law. As Turkey has begun to rank lower and lower in the rule of law index each year, she has lost the moral high ground to champion the very basic tenets such as territorial integrity, sovereignty or the respect for human rights. Similarly, as the Turkish government began to choke off certain pillars of rule of law inside the country, its respect for and adherence to international law have correspondingly declined.

Nothing could better illustrate the collapse of rule of law in Turkey than the debilitating purge in the aftermath of a botched coup in 2016 and the brutal treatment of the purged after their imprisonment on trumped-up terrorism charges. The authors of this piece are among the purged diplomats whose former colleagues were arrested and subjected to heavy torture in prison in an effort to extract confessions from them over alleged crimes they did not commit. (The police also pressured diplomats to admit that they entered diplomatic service after what authorities claim a selection process marred by fraud and distortion.) The torture, which took place in May 2019, was fortunately well-documented by the Ankara Bar Association. What makes the case more unpleasant is the fact that Turkey’s veteran diplomats make use of every chance to justify those illegalities that include the torture their former colleagues endured in May 2019. Their endorsement of the purge and crackdown reflects a clear sign of the breakdown of institutional integrity, and replacement of competence and merit with loyalty in many once-revered governmental units.

Turkey’s contempt for and disregard of international law has taken several forms. The principle of non-intervention in the internal affairs is one of those basic tenets which is enshrined in the U.N. Charter. This notion, however, is no longer respected by Ankara as it once was. Turkey’s policies toward Syria illustrate this: Turkey has insistently called on Assad to leave the office, financially and militarily supported the opposition groups and has been conducting military operations (namely the Operations Euphrates Shield and Olive Branch) on Syrian soil since 2016. Understandable from a security and geopolitical perspective though it may be, it is still controversial and problematic from a legal point of view. Considering the lack of authorization from the U.N. Security Council and invitation thereof by Syria, the only justifying ground for Turkey’s intervention could be the principle of self-defense prescribed in Art. 51 of the U.N. Charter.  However, neither sporadic mortar shells fired from Syria’s Kurdish-held border cities nor the threat, real or perceived, posed by the Assad regime would justify Turkey’s incursion, to such an extent, in Syria and her prolonged stay in cities like Afrin or Idlib.

Turkey’s interference in the internal affairs of Libya and Egypt constitute other examples of its over-reach and meddling, with potential legal implications. There are credible media reports associating Turkey with extremist militias in Libya, which is reportedly intensified since the late 2019. Reports point to Turkey’s suspected arms shipment to warring sides in the country, and claim that Turkey props up its proxies financially as well. If substantiated, this would not only be a violation of non-intervention rule but also would run against the arms embargo initiated by the U.N. in a desperate move to push to the warring sides in Libya into the negotiation table.

Turkey’s stance against the Egyptian government is no less problematic. The ideological affinity of the Erdogan administration with the Muslim Brotherhood resulted in elbowing aside the usual diplomatic conduct with the Egyptian government and adopting a rather imprudent policy toward Cairo. Turkey’s perceived meddling in Egyptian domestic affairs pitted the Erdogan government against the Sisi’s. Against this backdrop, the ruling Justice and Development Party (AKP) also maintained a secretive relationship with Muslim Brotherhood before and after the coup in Egypt, and organized espionage operations to back the Muslim Brotherhood.

A number of extraterritorial abductions conducted by the Turkish National Intelligence Organization (MIT), however, reveals how much the authorities have shifted away from basic norms and rules both at national and international level. The legally-charged international operations also illustrate the remarkable reach of Turkey’s global purge against dissidents abroad. But chasing dissidents on a global scale has produced legal challenges for Turkey from many angles. First, Turkey violates sovereignty when it carries out illegal kidnappings on foreign territory. Secondly, Ankara, as it happened in Kosovo, also interferes with the internal affairs of a given country when it strongarms its leaders to do Turkey’s bid. The last, but not least, infringement takes place when Ankara violates the liberty and security of the targeted individuals, and their right to a fair trial given the dismal state of the judiciary in Turkey and the likelihood of torture to extract forceful testimonies against defendants’ own will.

The decline of respect for international law is certainly not limited with the cases or incidents elaborated above. Turkey’s non-compliance with the decision of international judicial mechanisms represents another setback in Ankara’s observance of international law. Despite the legally binding character of the final judgments of the European Court of Human Rights (ECTHR), hundreds of final decisions are still under the supervision of the relevant department of the Council of Europe for the execution. The most important part of those unexecuted pertains to violations of religious rights and freedom of expression, arbitrary arrests and mistreatment in police custody as well as unjustified and/or excessive use of force by security forces. By all indication, Turkey turns a blind eye to certain decisions of the U.N. Human Rights Committee, despite her obligation to provide an effective and enforceable remedy. The latest of such non-observances is Özçelik/Karaman decision of the Committee. The U.N. Body established the violation of Art. 9 (1-3) of the International Covenant on Civil and Political Rights (ICCPR), namely right to liberty, requiring Turkey to release the complainants and pay them adequate compensation for the ongoing violation. At Mr. Karaman’s last hearing, the Turkish judge simply disregarded the Committee’s findings, expressing that the court had not been notified of the decision and that the U.N. Committee could not interfere with their area of practice.

In a nutshell, Turkey has long abandoned its once successful, effective use of and contribution to international law. In contrary, owing, in large part, to the reckless acts of the current government, Turkey has gained a notorious image of a country that consistently transgresses the very basic norms of international law as well as rulings announced by international judicial mechanisms. Once exhibited skillful mastery of international law to advance its interests, Turkey has now fallen victim to its excesses both at home and abroad, risky endeavors in conflict zones, and depletion of essential know-how after the sweeping purge especially in its Justice and Foreign Ministries. It is no surprise then that Ankara now faces legal problems of mostly its own making, something that would be inconceivable only a decade ago. 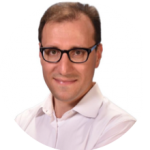 Yasir Gökçe is a senior consultant at P3 security consulting GmbH. He is also a Ph.D. candidate in the Bucerius Law School in Hamburg, focusing on the application of the law of the use of force to cyber domain. He served as an In-house Legal Counsel in the International Law Department of the Ministry of Foreign Affairs of Turkey for several years. He produced legal opinions to be set forth before foreign courts in a number of disputes to which Turkey was a party. He was assigned as a career diplomat to Vietnam, Egypt and Uzbekistan during his tenure in the Ministry. Before and after his tenure, he worked as an attorney by practice. He represented many clients victimized by cybercrimes and counseled private and public entities on data privacy. His articles on international law were published by several esteemed peer-reviewed journals including but not limited to the Cambridge Journals. 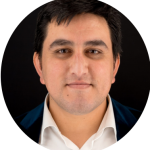 Mehmet Bozkaya is an international law and human rights law researcher and former Turkish diplomat. He worked as a legal counsel in the Legal Consultancy Unit and the Human Resources Department at the headquarters of Turkish Foreign Ministry. At these positions, he actively participated in personnel investigations, institutional development projects, drafting new regulations and judicial procedures against the Ministry and submitted legal opinions with regard to draft texts of international agreements. Before the end of his duty at the Ministry in September 2016, he was serving with the title of Second Secretary at the Turkish Embassy in the Hague.

Bozkaya has an LL.M degree in human rights law from Maastricht University and an LL.B degree from Bilkent University. He currently lives in the Netherlands.