Home > Articles > F-35s Are Not A Magic Weapon: Why Taiwan Should Admit Conventional Military Defeat To Defend Its Sovereignty 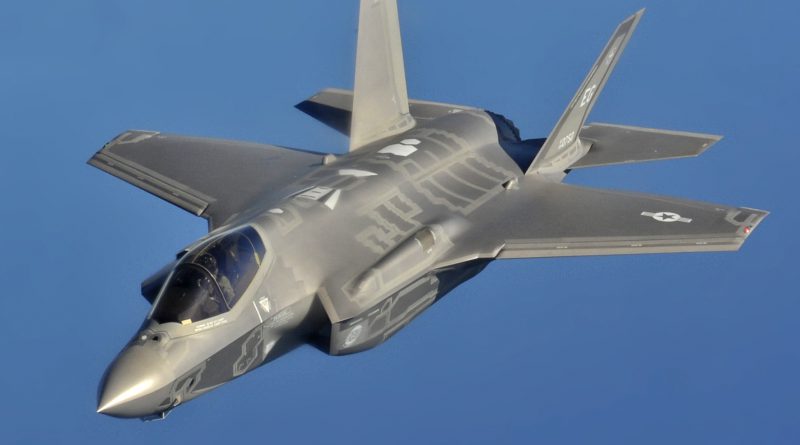 Time is running out for Taiwan. Under the leadership of Chinese Communist Party (CCP) Chairman Xi Jinping, the People’s Republic of China (PRC) has been increasingly aggressive in both poaching Taiwan’s few remaining diplomatic allies and using the growing proficiency of the People’s Liberation Army (PLA) for messaging the inevitable: reunification with the mainland.[i]

Xi Jinping has made it clear that he is the transformational leader that can make it happen. As the U.S.-China Economic and Security Review Commission wrote in its annual report: “In 2019, General Secretary Xi Jinping made clear his increasingly uncompromising stance toward Taiwan’s independent status and sense of urgency regarding unification.”[ii] Chairman Xi’s enhanced pressure campaign carries significant risks for both himself and the CCP. If the PLA is commanded to seize the island and fails, the legitimacy of Xi Jinping’s leadership and that of the Communist Party holistically, will be called into question. Such a crisis could very well lead to the downfall of both.

To guarantee victory, the CCP ordered a massive reorganization of the PLA in 2016. Coupled with an aggressive modernization plan designed to be “basically completed” by 2035, this endeavor is intended to put it on track to “world-class” military status by 2049.[iii] Part of a broader vision in what Chairman Xi has termed the “Chinese Dream,” this world-class PLA has one goal: surpass the U.S. Military in capability and capacity, and if necessary, defeat it in battle.

This “if necessary” caveat is focused on one issue: Taiwan. As the Defense Intelligence Agency has written:

“Beijing’s longstanding interest to eventually compel Taiwan’s reunification with the mainland and deter any attempt by Taiwan to declare independence has served as the primary driver for China’s military modernization. Beijing’s anticipation that foreign forces would intervene in a Taiwan scenario led the PLA to develop a range of systems to deter and deny foreign regional force projection.”[iv]

In the mindset and psychology of the PLA, Taiwan, also known as the Republic of China (ROC), is the most critical problem set confronting the PRC. Among other benefits, Chinese control over Taiwan would give the PLA the “unsinkable aircraft carrier,” first characterized by General Douglas MacArthur, necessary to pierce part of the multiple island-chain stranglehold it sees when it looks east.[v] The first of these “chains” runs northeast to southwest from Japan’s southern island of Shikoku through Taiwan and the Philippines, to Malaysia and Indonesia. The second “chain” begins with the Japanese island of Honshu and runs southeast through the Mariana Islands to Indonesian West Papua.[vi] As the Department of Defense Annual Report to Congress on Military and Security Developments Involving the People’s Republic of China 2019 has identified, “Taiwan persistently remains the PLA’s main “strategic direction,” one of the geographic areas the leadership identifies as having strategic importance, in authoritative military publications.”[vii]

This persistent, singular focus and refined development timeline have caused significant alarm in both Taipei and Washington. As the primary weapons supplier to Taiwan, the United States must weigh its legal requirements under the Taiwan Relations Act with the geopolitical realities of a rising China. The result is a tenuous balancing act of providing the island-nation with the means to defend itself against PRC coercion without crossing Chinese red-lines on previous senior-level American assurances to reduce weapons sales.

While there is considerable debate over how effectively Taiwan’s military could repel an invasion by the PLA, the trends are rapidly shifting in China’s favor. Despite an already vast and growing imbalance in conventional military power between the ROC and the PRC, Taiwan continually requests American sales of advanced technology and high-end weapons delivery platforms and systems, best suited for conventional warfare. As recent as March of 2019, Taiwan was still considering adding the F-35 to its military arsenal and predicated the decision on the Pentagon’s willingness to sell the generation five aircraft.[viii]

As the RAND Corporation wrote in 2016:

“If a major conflict were initiated, China now has the capability to destroy all of Taiwan’s aircraft at their bases, except those that can be hidden in Taiwan’s two mountain shelters—but those protected aircraft might provide little solace because, although the aircraft might be safe in these caves, Taiwan cannot use them from those shelters for sustained combat operations. Thus, Taiwan needs to rethink how it can accomplish its air defense goals in a major conflict without heavy reliance on its fighter aircraft.”[ix]

These advanced weapon systems are part of an outdated calculus. For Taiwan to defend itself long enough to garner international support and allow the U.S. Indo-Pacific Command and other allied militaries to generate the combat power necessary to decisively confront and defeat the PLA, its deterrence must be based on asymmetric weapon systems and tactics – unconventional warfare. To survive, Taiwan must raise the cost of a PLA invasion to pyrrhic levels.

As the U.S. Military has learned the hard way in both Afghanistan and Iraq, a decentralized enemy equipped with low-cost and easily accessible weapon systems designed explicitly to target the weaknesses in advanced, high-cost platforms can make war politically unpalatable and logistically unsustainable. The PLA has carefully studied these conflicts both in its own attempt to learn how to exploit American Military weaknesses and more effectively respond to domestic separatist movements in its western regions of Xinjiang and Tibet. As a result, its leaders are well aware of the threat posed by such a distributed and attrition-based operational strategy.

To create a more lethal, overlapping and multi-dimensional threat, Taiwan should focus on integrating asymmetric weaponry against the most consequential and indispensable component to a successful PLA invasion: amphibious transport vessels. Large-scale seaborne amphibious invasions are traditionally considered the most difficult of all military operations. In a 2002 analysis of amphibious operations to the then-present day, research and analysis non-profit CNA wrote: “Strategic and operational constraints exist upon amphibious warfare and are likely to mitigate the decisiveness of future amphibious operations…Amphibious warfare will need to be conducted in appropriate circumstances when there is a minimal risk of escalation.”[x] These limitations have only grown more stark with the technological advance and proliferation of precision-guided weapons. Moreover, given the inconsistency of American official policy with its decisions to intervene abroad militarily, the risk of escalation can hardly be controlled by the PRC.

A weapon to which Taiwan has devoted minimal time and resources but shows the most potential for disrupting a PLA amphibious landing is naval mines. The modern use of mines, specifically anti-personnel mines, has been limited by the indiscriminate nature of their victims.[xi] However, a conflict between China and Taiwan would inevitably lead the PLA to declare a naval closure area and no-fly zone in and over the Taiwan Strait as a warning to civilian naval traffic to keep out. In concert with this declaration, any invasion plan by the PLA would likely be precipitated by a PLA Navy (PLAN) blockade of the island. Thus, any vessels remaining in the area would be legitimate military targets. A combination of “moored mines that detonate on contact, and bottom mines that detonate in response to a ship’s acoustic and magnetic signatures” would greatly complicate any cross-strait passage.[xii] Advances in unmanned, “smart” mines provide additional precision-strike options that could be used against PLAN high-value targets. The battlefield effect of sea mines would mirror the improvised explosive devices that gave coalition forces such persistent trouble in Afghanistan and Iraq. Time spent searching for and clearing these devices sucked up tactical momentum and placed a heavy burden on limited explosive ordinance disposal resources and personnel. Similarly, mine-clearing operations by the PLAN would delay an infantry invasion because the transports would have to steam through prescribed and marked lanes on route to the landing beaches. These paths would tip the PLA hand and offer the ROC Armed Forces the ability to mass direct and indirect fires against both the amphibious assault ships and smaller ship to shore transports.

A July 2019 approval by the U.S. State Department to sell Taiwan 108 M1A2T Abrams Main Battle Tanks and 250 Stinger missiles is a step in the right direction.[xiii] The Abrams platform is one of, if not the most advanced and capable, tanks in the world. The Stinger, made famous for its employment against the Soviet Union by the Afghan Mujahideen and popularized by Hollywood in the film Charlie Wilson’s War, is a simple, but incredibly effective man-portable air-defense system (MANPAD) that has demonstrated its lethality against both fixed and rotary-winged aircraft.[xiv] What sets these weapon systems apart from previous requests is both their relatively low cost and easy to maintain systems that are most effectively employed at the tactical level of warfare.

However, turning Taiwan into a fortress will take more than new weapons and tactics alone. It will require an absolute shift from a doctrine based on conventional warfare to a strategy grounded on asymmetry. At its basis, this will demand formal acknowledgment by senior political and military leaders that the ROC Armed Forces cannot, as they are currently manned, trained and equipped, repel a PLA invasion.

This institutional shift will be incredibly unpopular domestically and especially within the Taiwanese Military as it cuts to the competency of fighting men and women to protect both their homeland and citizenry. However, for deterrence to be effective, the enemy must understand some semblance of your capabilities and thus be made to guess or at best, assess, your willingness to use them. Only after acknowledging defeat in this David vs. Goliath contest of comprehensive national strength can Taiwan begin to develop proficiency with its “sling” of unconventional warfare.

In a vote marred by a concerted influence campaign from Beijing, Taiwanese voters re-elected incumbent President Tsai Ing-wen to a second term in January. This marked a clear blow to China’s efforts to bend Taiwan’s domestic politics in favor of the mainland. In her victory speech, President Tsai made her position clear: “With each presidential election, Taiwan is showing the world how much we cherish our democratic way of life. We must work to keep our country safe and defend our sovereignty.”[xv] This call to action is noble and timely. Nevertheless, it can only be crafted into a realistic, operational defensive strategy, when Taiwan recognizes its own conventional military inferiority and focuses its efforts on unconventional deterrence. 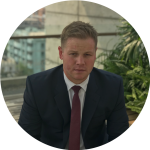 Nicholas Hanson is a class of 2022 joint degree MPP and MBA candidate at the Harvard Kennedy School of Government and the Harvard Business School. He was born and raised on a family farm outside of Monmouth, Illinois. He is a 2011 graduate of the United States Naval Academy, where he earned a Bachelor of Science in Arabic with distinction. Upon graduation, he was commissioned as an officer in the United States Marine Corps and, following training, designated as a Ground Intelligence Officer. He served the entirety of his military career in the United States Indo-Pacific Command.