Home > Articles > A circular economy for all: The case for integrating the informal waste sector in developing countries 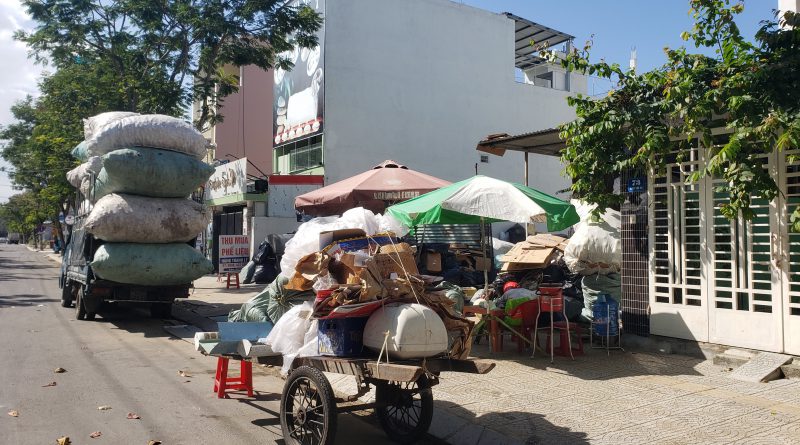 To outsiders, Minh Khai Village in Vietnam is an assault to the senses; bales of plastic waste line its streets, waterways are deluged with litter, and toxic fumes permeate the air.

Minh Khai is believed to be the largest plastic waste importer in the country[1]. It is made up of more than 1000 households, which run micro-enterprises that collect, sort and process plastic waste into recycled plastic pellets[2]. The village is part of a large, decentralized network of informal[3] plastic recyclers (see diagram below), which process more than 90% of recyclable waste in the country[4]. As the sector is not regulated by specific laws and regulations[5], recycling processes carried out by intermediate recyclers in the value chain leave significant amounts of residual waste which pollute the environment.

Against the backdrop of a global plastic waste crisis, governments in developing countries like Vietnam must spare no effort to improve, integrate and modernize these informal recycling enterprises. Modernization will not only mitigate severe environmental pollution, but could elevate the livelihoods of the typically low-income individuals and micro-businesses that are involved in informal recycling.

First, the environmental imperative is clear. Vietnam and other Southeast Asian countries have been inundated with unmanageable levels of plastic waste since China’s 2018 ban on plastic waste imports.[6] Minh Khai village alone has seen a ten-fold surge of plastic waste imports since mid-2017. Under conditions where formal waste management practices are underdeveloped, the informal recycling sector bears much of the burden of waste recovery in the country, typically carrying a significant health and environmental cost.

Second, a great economic opportunity exists in transitioning towards a circular economy. A circular economy is one which keeps resources and materials in-use for as long as possible, designing out waste and pollution. For decades, the informal recycling sector has provided a reliable supply of secondary raw material for the manufacturing industry, which can replace more expensive imported raw materials[7]. However, this supply falls far short of what is needed by industry in the case of developing countries such as Vietnam, which currently imports 80 percent of its plastic raw materials.[8] Currently,  the global supply of recycled plastics meets about 6 percent of total plastic demand.[9] This demand is expected to rise, especially with an increasing number of applications for plastics in construction, textiles and packaging.[10] Informal waste recycling also complements and reduces the cost of formal waste management systems, by diverting waste from landfill, often at no cost to taxpayers.[11]

Third,  integrating informal workers into the waste management system would result in a more equitable transition to a circular economy for developing countries. While waste-pickers’ incomes vary widely across regions, it is generally recognized that they are always among their country’s poorest and work in sub-optimal health and safety conditions.  Downstream,[12] while value-add and income increases, the informal recycling sector often consists of small- or  micro-enterprises which have poorer access to technology and proper waste treatment systems. This is true for Vietnam, where businesses engaged in plastic recycling typically have under 10 employees, and use low-technology equipment which is inadequate in processing more complex plastic waste. Thus, improving access to technology, infrastructure, and credit could boost socio-economic outcomes for informal sector players.

Collectors (e.g. waste-pickers, junkshops): In many developing cities, itinerant waste-pickers (Figure 1) collect, sort, trade, and repair secondary products and materials, thus leaving few high-value recyclables on the streets[13]. They deliver collected materials to junkshops (Figure 2), where they  are then further sorted and sold downstream. Typically, upstream players in the informal recycling chain are less organized, and more vulnerable to exploitation from intermediate dealers[14].

Interventions in this segment should focus on enhancing worker conditions and increasing access to waste (with higher volume, they are offered better prices). For example, establishing cooperatives and unions of independent waste pickers, such as in Brazil, grants independent waste pickers the ‘right to waste’[15], enabling the sector to accumulate more volume directly from either households or industry. In Brazil, these cooperatives also issue and sell ‘reverse logistics credits’ to confirm that services were provided for responsible disposal of waste, and offer a way for companies to fulfil their obligations under the National Solid Waste Policy. These credits make it worthwhile for waste pickers to collect lower-value waste material, while increasing revenue for waste-pickers.[16] Further, increasing adoption of producer responsibility laws[17] could facilitate the integration and mobilization of skills of the informal waste management sector. One useful model for such interventions would be Bangladesh’s Waste Concern, which established networks of recycling and composting plants while providing training to waste pickers in organic waste recycling, creating thousands of jobs for waste pickers and tripling their previous incomes.[18]

Secondary raw material producers (e.g. recycling craft villages): Upstream, informal recyclers become more specialized and typically process specific materials (e.g. metals, plastics, paper). Although this segment is relatively more lucrative for the producers, the external cost to the environment and health is large. Many of these villages are located in areas with a lack of waste management infrastructure (e.g. sanitary landfills). In Minh Khai village in Vietnam (Figure 3), 25-30 percent of plastic scraps are discarded and 7 million litres of wastewater from washing flow daily into open dumps and waterways without proper treatment (Figure 4).[19]

Regulating this segment of the market can be challenging due to the multiplicity of micro-enterprises combined with a lack of capacity for enforcement. Instead, interventions could focus on upgrading these villages’ technology, such as by financing their adoption of more energy efficient equipment . In addition, co-location of formal and informal recycling companies could result in mutual benefit. In Vietnam, for example, a recent proposal by the Vietnam Cleaner Production Centre involves a joint venture between a formal plastic recycler and a plastic goods manufacturer to produce building material using residual waste in Minh Khai village. At a larger scale, governments could also set up industrial parks focusing on resource recovery while providing incentives and proper infrastructure, such as Taiwan’s Taoyuan Environmental Science and Technology Park.[20] Agglomeration benefits may attract plastic product manufacturers which are increasingly facing pressure to use a higher amount of recycled materials[21].

In all, the transition towards an inclusive, circular economy in developing countries will be challenging without gradual integration of the informal recycling sector. Experience from the developed world has shown that supplanting the informal sector with new formal waste management systems is more costly and takes a much longer adjustment period to achieve the recycling rates attained by the informal sector.[22] Developing countries, thus, should aim at integrating and modernizing villages, such as Minh Khai, along with the rest of the informal recycling chain, thus catalyzing an opportunity to create significant gains within an inclusive, circular economy. 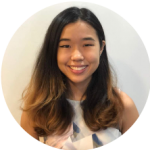 Tze Ni Yeoh is a final year Master in Public Policy student at Harvard Kennedy School. With the support of the World Bank, she is currently working on her final year thesis on the circular economy in plastics in Vietnam. Her studies at HKS focus on sustainable development and environmental leadership. She holds a BSc in Economics from London School of Economics.

Photos are author’s own.

[2] UNIDO, “Terms of Reference: For the Provision of Services and Equipment (Turnkey) for the Two Pilot Facilities to Be Located at Phan Boi and Minh Khai Craft Villages -Vietnam.”

[3] The International Labor Organization defines the informal sector as a sector which “typically operates at a low level of organization” and where labor relations “are based mostly on casual employment, kinship or personal and social relations rather than contractual arrangements with formal guarantees”. Source:“OECD Glossary of Statistical Terms – Informal Sector – ILO Definition.”

[4] Views from author’s interviews with experts in Vietnam

[6] “Vietnam in Danger of Becoming a Dump as China Says No to Trash – Vietnam Insider.”

[12] Downstream industries are enterprises that are involved in the manufacturing of the final product within a value chain.

[17] Policies which shift the burden of managing product-related waste (e.g. packaging) from consumers to producers.

[19] Dominish et al., “Here’s What Happens to Our Plastic Recycling When It Goes Offshore.”

[20] Nunns, “Short on Space, Taiwan Embraces a Boom in Recycling.”