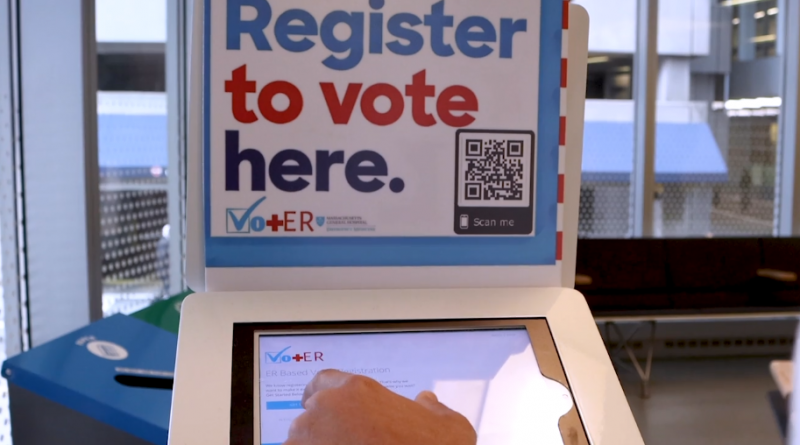 BY ALISTER MARTIN AND JACOB BROWN

Marginalized patient populations in the United States use emergency rooms at disproportionately higher rates than the average patient population. This high rate of utilization is due largely to a lack of accessible alternative options rather than an actual increased need of critical care. In other words, patients who are young, people of color, and have low income are frequently coming to the emergency room for non-emergent conditions. One of us (A.M.) is an ER doctor and sees this phenomenon nearly every shift.

While it can act as a front door to address these needs, this default choice of visiting the ER to receive treatment for low acuity or chronic complaints drives up healthcare costs and leads to increased ER wait times.

These discrepancies in ER utilization across socioeconomic groups represents both a challenge and an opportunity. Doctors and hospital leadership increasingly embrace their expanded role not only as providers of traditional emergency medical care but also as facilitators of programs that address the social ills that bring these patients to the ER in the first place. These include programs that aim to address housing insecurity, food insecurity, and opioid addiction in the ER.

But some argue that these efforts by ERs only address the symptoms but not the underlying problem: gaps in health policy that fail the most vulnerable.

What if, instead, the answer was a focus on promoting civic engagement by making it easier to register to vote in places where these marginalized communities get their health care?

The same groups that use the ER at higher rates for non-urgent conditions are also those with the lowest rates of voter registration in our society. For example, 36 percent of eligible African Americans and 48 percent of Hispanics were not registered to vote in the 2014 presidential election. Rates among young citizens are not much better; just 50% of millennials voted in the 2016 election, compared to 69% of Baby Boomers and 63% of Generation X.

This demographic overlap between unregistered voters and ER patients who do not use the emergency room for emergent care but rather, to simply access care, raises questions about the link between health care access and engagement with the democratic processes that help shape our health policy. Low levels of voter participation among these groups means that their perspectives are underrepresented in the democratic processes that help shape the very policies their health could stand to gain from.

Would the addition of this block of new voters help fundamentally re-shape health policy? A recent YouGov poll found that those who were not registered to vote were nearly 20% more likely to support tax legislation that shifted wealth to lower income Americans compared to registered Americans. Those who were not registered to vote were also much more likely than registered voters to support increased government aid to the poor for services like universal access to health care. These data suggest that helping to include the voices of these marginalized citizens may be the best strategy to help shape health care policy to more acutely respond to the needs of these communities.

The first step in doing so is helping them get registered to vote. And yet, because the material hurdles to registration disproportionately impact low-income citizens and the young, it is often harder for these groups to register. These costs include foregone revenue from taking time off from work to register, as well as costs of traveling to registration sites. Such hidden costs of registration often dissuade people from registering to vote. What may be called for is a sort of reverse door knocking, meeting potential unregistered voters where they are.

This is where emergency rooms come in. ERs, a venue where many of these unregistered voters seek care for non-emergent (or low acuity) complaints, could be one such place to reach them and help them get registered.

Would registering to vote in an emergency room be feasible? Patients who come to ERs for so-called low-acuity complaints, or the “walking well” as clinicians often refer to them, typically have the mental wherewithal to decide whether or not they’d want to register to vote if offered the choice. Further, by nature of the lower level of acuity, they are often more likely to wait while ER staff care for other patients who are in more urgent need. This introduces an opportunity to offer patients the service of voter registration while they wait, which can sometimes be from four to six hours in the ER.

Critics may argue that healthcare institutions should not become involved in the process of voter registration for fear of mixing politics with patient care. These critics may not know that the United States tax code allows voter registration to occur at nonprofit 501(c)(3) organizations, which applies to the majority of hospitals in the United States.

Accordingly, hospitals across the US have already begun voter registration efforts. The VotER (ER based voter registration) platform at Massachusetts General Hospital is one recent and prominent example of a top-tier academic hospital that has successfully implemented passive voter registration processes into its ER. This platform, in collaboration with TurboVote and ideas42, has already spread to several ERs in multiple states. Similarly, community health organizations, facilitated by Community Health Vote, have taken up the mantle of voter registration in their waiting rooms and lobbies. One notable example resulted in 18,000 low and middle-income patients seen at community health centers being newly registered.

Others argue that patients would not be receptive to such services when they are seeking care. Demand for voter registration seems to suggest otherwise. One study found that 89% of people approached in a hospital waiting room expressed openness to registering to vote. 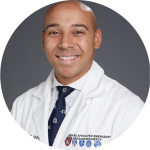 Alister Martin is an emergency physician and former Chief Resident at Massachusetts General Hospital. He is the Founder of VotER, a collaboration between ideas42, Turbovote, and MGH to help the nation’s ERs build voter registration platforms that register low acuity patients to vote while they wait. He is an  HMS/HKS dual degree alum and now serves as faculty at Harvard Medical School in the Center for Social Justice.He leverages his background in politics, healthcare policy, and behavioral economics to use the ER as a place to build programs that serve vulnerable patients. 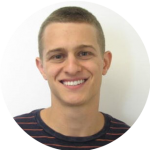 Jacob Brown is a PhD Candidate in Government and Social Policy at Harvard University. His research focuses on how political geography structures political behavior, the long-term determinants of political attitudes and behavior, and the politics of marginalized groups.