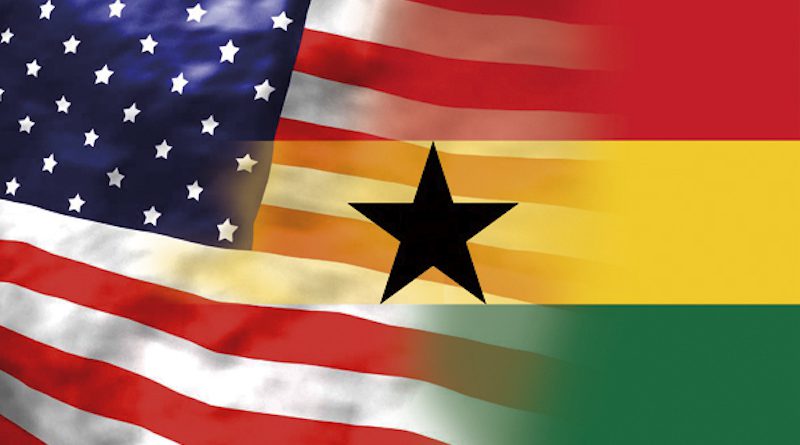 Ghana’s “Year of Return”, by its very nature, was bound to gain a considerable amount of positive press in the United States. The campaign encouraged descendants of the African diaspora to visit and invest in Ghana. For African Americans who struggle to locate their ancestral roots, the “Year of Return” provided a fresh opportunity to reconnect with their past. So, when Ghana, a country of such socio-historical significance is not only welcoming, but actively encouraging their return, many will answer the emotionally charged call. Yet, the sentimental gravity of the “Year of Return” campaign should not overshadow some of its negative effects on Ghanaian citizens. In a push to attract tourism and investment, the Ghanaian government has overlooked some of the needs of its constituents in favor of attracting foreign capital.

When Ghanaian President Nana Akufo-Addo officially declared 2019 the “Year of Return,” he made a strong emotional appeal to the descendants of enslaved people: “In the year 2019, we open our arms even wider to welcome home our brothers and sisters in what will become a birthright journey home for the global African family.” The “Year of the Return” builds on Ghana’s 2002 Citizenship Act and Right to Abode. These laws work in tandem to grant ease of travel, residency, and citizenship to Africans of the diaspora. Bolstered by positive testaments from figures like Idris Elba and Naomi Campbell, Ghana has positioned itself as the gateway to Africa. This point of departure can change conceptions about the continent, garnering an influx of international recognition and foreign capital.

However, all those eager to respond to the call should first look beyond the emotional significance of the idea. The potential for historical reclamation and spiritual healing cannot mask the potential economic marginalization of local Ghanaians.

Local vendors increase their prices because they know international tourists are willing and able to pay higher prices. A 2018 study of tourism-led inflation from the School of Business Innovation and Technopreneurship at Universiti Malaysia Perlis sets out the determinant link between tourism and inflation; the authors advise governments to be proactive. The Ghanaian government continues to pursue an aggressive tourism agenda, hoping to increase the annual number of tourists to Ghana from one million to eight million per year by 2027. In order to mitigate the impacts of an increasing supply of money the government should act proactively to bolster its monetary policy in such a way that a growing tourism sector does not mean financial harm for citizens. For now, as the macroeconomic impacts of the “Year of Return” reveal themselves, the Ghanaian government should closely monitor the relationship between tourism and inflation.

At the cost of locals, the prices of housing units in city centers have increased as landlords market their properties to the increasing number of returnees. Young, urban workers are increasingly forced to the outskirts of major cities and face long commutes. In addition, a 2018 study from the Macrothink Institute shows that when the government of a developing country enacts policies to create favorable conditions for foreign investment, it actually results in the crowding-out of local small and medium enterprises. Returnee Lakeisha Maria, a Jamaican-American, honestly admits “If you are a foreigner…then your privileges are different. You have access to certain opportunities that locals might not. And because there are foreign companies coming in and setting up there might be more of a gap [in these opportunities].”

This gap only adds to existing issues affecting Ghanaian citizens. The government should prioritize addressing these fundamental concerns, like unemployment, poverty, and access to electricity, in order to create a country in which its young talent wants to stay. According to the most recent Ghana Living Standards Survey, 23.4% of Ghana’s population are living below the poverty line. The high cost and unpredictable access to electricity is a result of the government’s lack of capacity to meet the high demand. Youth unemployment in 2018 was 13.7%, stagnating after a few years of marginal decline. Ghanaian influencer Jemila Wumpini Abdulai says that she has had conversations with many young professionals she “considered to be part of those who would help rebuild Ghana; some of our brightest, most well-equipped people… are leaving.”

While Ghanaians are leaving, many Africans of the diaspora have decided to stay. The 2002 Citizenship Act and Right to Abode have made the processes to residency and citizenship quite easy. By 2014, about 30,000 African Americans had settled in Ghana. This number is increasing. Some are retirees, finding liberation from a lifetime of racial “othering” in the United States. Others are young opportunists, like Maria, finding economic support and promise their national identities have afforded them. Regardless of the unique demographic identity of the returnees, it remains that they are benefiting from the policies enacted by the New Patriotic Party of Akufo-Addo. 2020 is an election year in Ghana, and these new citizens, along with any economic benefits brought by the “Year of Return”, offer the potential to consolidate the political power of the NPP and the legitimacy of its leader.

There is no doubt the Year of Return, with its appeals to Ghana’s Pan-Africanist history, cultural pride, and economic development, was both an emotionally valuable campaign for Africans of the diaspora and an economically valuable campaign for Ghana. The country is expected to have made $925 million from tourism in 2019; about 45,000 of those tourists who contributed to this figure are the descendants of Africans responding to the call to connect with their history and ancestral roots. These positive outcomes are to be celebrated by both the country and the continent.

But we must also remember to take a critical look beyond this to fully understand the effects of the campaign. Sentiment and emotional justice cannot mask the microeconomic implications of the “Year of Return”; the opinions of local Ghanaians must also be audible. After all, how sustainable is a campaign for historical reconciliation if it leads to a present of socio-economic marginalization? 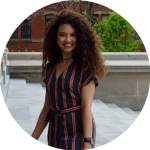 Aaryan Morrison is a sophomore at Harvard College pursing a concentration in Social Studies and a language citation in Swahili. Her research interests include postcolonial theory from sub-Saharan Africa and non-EuroAmerican social theories.