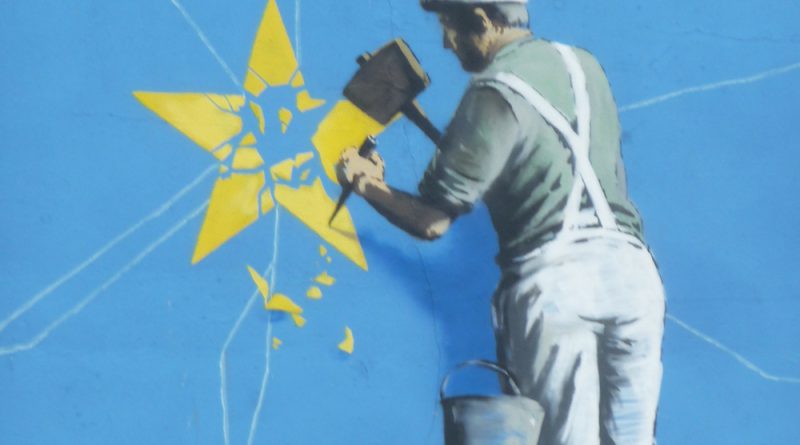 On 23 June 2016, 33.6 million people and I stepped into polling booths to answer a yes-or-no question that would define the United Kingdom for generations.[1] According to the “Vote Leave” campaign, this was our opportunity to “take back control” and release the country from the unrelenting grip of unelected bureaucrats in Brussels.[2] God forbid, we were told, that the European Union (EU) continue to regulate our every move—from the curvature of the bananas we eat to the power of the vacuum cleaner we own.

Britain had been dithering over Europe for over 50 years.[3] The referendum offered a way out of this long-standing indecision on Britain’s relationship with the EU—letting the people decide for themselves. After all, what could be more democratic than placing the decision directly in the hands of the people impacted? Yet, I did not feel like I was being transported back to the polis of Ancient Greece as I cast my vote that day.

Referendums certainly appear to be the perfect manifestation of democracy—at least at face value. But, as recent history has shown, direct democracy has often served to subvert the democratic cause. Referendums, unconstrained, are dangerous for democracy.

Nearly three years after the Brexit vote—and a snap general election, multiple cabinet resignations, and the biggest government defeat in parliamentary history later—it is clear that the political climate in the UK will not recover for generations from the deep divisions that the referendum created.[4] The country has teetered on the brink of a constitutional crisis ever since the vote, as the long-standing system of representative democracy butts heads with a direct instruction from the electorate.[5]

Britain is not the only country with a referendum problem. In 2017, the Turkish government held a referendum on constitutional changes that would shift the country from a parliamentary to presidential republic. Bitter divisions in opinion led to parliamentary debates that more closely resembled bar fights. One member of parliament threw a potted plant across the chamber. Another claimed an opponent bit his leg.[6] Through it all, President Recep Tayyip Erdoğan led a carefully manipulated campaign to sway public opinion. He ultimately won and, on a margin of victory less than 3 percent, was allowed to gain sweeping power and limit democratic checks and balances.[7]

The rising tide of populism is carried by an undercurrent of political opportunism, and referendums provide the perfect opportunity to strengthen this surge. When we reduce complex issues into yes-or-no questions, we similarly simplify the debate. This kind of debate is ripe for hijack. Rhetoric begins to take precedence over discussion of the issue at hand, which often becomes conflated with other—often unrelated—social and political grievances.

In Britain, for example, inequality between Londoners and those outside the capital led to a growing mistrust of the “elite.”[8] As public services became increasingly overstretched and faced continued funding cuts, discontentment grew. Add to this the refugee crisis and the ensuing anti-immigration sentiment. EU membership—its concentration of power in Brussels, the UK’s contribution to its budget, and its policy of freedom of movement—became an easy scapegoat for these domestic frustrations.

As such, the Brexit vote became a referendum on the status quo as opposed to EU membership itself. Now it remains to be seen whether the £350 million per week that the Leave campaign pledged to the National Health Service (NHS) will actually materialize.[9] What is sure, however, is that the vote will only serve to transfer power from one distant elite to another.

Worse still, referendums are continuously deployed as a political tool. Often they are a calculated, strategic move by political leaders to assert their power. This was the case in Britain, where the referendum was the result of an election promise to curb defectors from the Conservative Party to the Eurosceptic UK Interdependence Party.[10]

They may also be used to legitimize otherwise-difficult-to-defend decisions that have already been made. Consider the referendum on the Colombian peace agreement, which was ratified even after it was rejected by the public in a controversial referendum. Rather than amplifying the voices of the otherwise marginalized, referendums often serve the purposes of the political elite.

With propaganda and perverse political incentives at play, referendums fuel destructive debate that furthers political polarization and creates unstable outcomes. That such a democratic tool could so often be used to subvert the democratic cause is particularly alarming.

Does this mean that citizens’ voices should be constrained, solely limited to electing representatives? Not at all. Referendums are still essential tools in policy making—particularly for questions with constitutional implications—but only under the right conditions.

Second, outcomes should be conditioned as binding only under certain levels of turnout and margins of victory. Brexit, the rejection of the Colombian peace agreement, and Turkey’s amended constitution were all referendum outcomes won on a knife edge. It’s difficult to accept these results as the true will of the people when margins are so small.

Finally, referendums must be paired with other efforts to facilitate cross-partisan dialogue and a truly democratic process. Citizens assemblies, for example, create spaces for productive debate among voters.

Pluralistic societies can only function through compromise. Our decision-making mechanisms must reflect this and must be structured to create bridges between opposing camps rather than further exacerbating difference. Any other way of determining policy is dangerous for the democracy it pretends to preserve.

Today, democratic institutions face considerable threats, with the rise of anti-democratic far-right movements across the globe and “fake news” dominating our screens. We cannot let the tools of democracy play into that threat. Referendums must be handled with care. 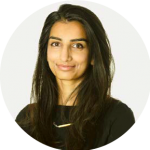 Sakina Haider is a second-year master in public policy student at the John F. Kennedy School of Government at Harvard University, where she is focusing on international and global affairs. She previously worked as a strategy consultant, advising a number of UK government departments on Brexit strategy and planning.

[9] There is little to suggest it will materialize; see Anoosh Chakelian, “Everything wrong with Boris Johnson’s claim that £350m Brexit promise was too low,” New Statesman, 16 January 2018, https://www.newstatesman.com/politics/economy/2018/01/everything-wrong-boris-johnson-s-claim-350m-brexit-promise-was-too-low.