Home > 2019 Issue > Not So Plum: The Shortcomings of the Plum Book and Tracking Political Appointments 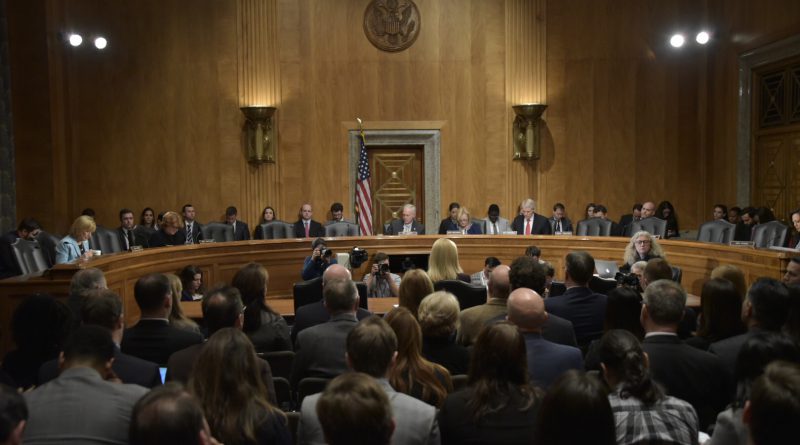 “Personnel is policy” was a popular motto in the Reagan administration. Today, the phrase continues to ring true as political appointments remain vacant and appointees are hired to run agencies that they once wanted to dismantle.[1],[2]

Presidents have immense power to influence the policy-making process through their personnel choices. Most of the federal government’s two million employees are civil servants hired based on merit through regulated, competitive processes. [3] But more than 4,000 are political appointees.[4] From Cabinet secretaries to assistants to the president, chiefs of staff, schedulers, and members of boards and commissions, these appointees enact the president’s policies and direct agencies in accordance with the president’s beliefs. Every four to eight years, when a president leaves office, most of these appointees leave as well, entrusting a new administration with the responsibility to staff the top echelons of the government.

While the appointments or vacancies in the top of the government may seem distant to the average citizen, if President Reagan’s quip is correct, knowing whether these positions are filled and who the appointees are offers insight into the direction of an administration and its impact on Americans. For instance, when Hurricane Harvey and Hurricane Irma hit in the fall of 2017, the deputy director of the Federal Emergency Management Agency (FEMA) was not confirmed, leaving an acting official in charge. Acting officials are usually qualified and knowledgeable, but they’re often working two jobs and lack the authority they need. As Max Stier, the CEO of the Partnership for Public Service puts it, “Acting individuals, no matter how capable they are, are akin to the substitute teacher. . . . We all have that vision of somebody who isn’t treated super well by the class because they don’t view that the substitute teacher has real authority.”[5]

And sometimes there are no acting officials to pick up the slack. The IRS Oversight Board, which should have seven Senate-confirmed appointees, has remained unfilled since 2015. The board is “charged to oversee the IRS in its administration, management, conduct, direction, and supervision of the execution and application of the internal revenue laws and to provide experience, independence, and stability to the IRS,”[6] but without a quorum on the board, all operations have been suspended.

But these examples only scratch the surface. Although appointments have been in the news more and more, this attention is usually focused on high-profile political choices rather than flaws in the underlying appointments system. The federal government’s system for tracking personnel is replete with problems, and they are becoming even more apparent in the first administration of a president with no government experience.

Many of the issues in the appointments process are exemplified in the Plum Book. Named after the “plum positions” that politicians give to their supporters and the color of the book’s cover, the volume is currently the best source on political appointments in the federal government. The Plum Book is published in December of every presidential election year by Congress and the Government Publishing Office. The data in the Plum Book are gathered from each federal agency by the Office of Personnel Management (OPM) the summer before it is published.

But the data in the Plum Book are outdated, unreliable, and cumbersome. As a result, there is no definitive source that lists all of the political appointments across the federal government, what they do, and when their terms might end. While some ambiguity is to be expected and even afforded in the process of staffing of the entire federal government, the lack of transparency in the current appointment system makes accountability challenging and creates difficulties for transition teams to staff the government in a timely manner.

Two main audiences use the Plum Book: teams staffing the government during a presidential transition and individuals who want to keep track of this staffing to hold the government accountable, such as the press, Congress, or government watchdogs. But timing, unnecessary ambiguity, and outright data errors render the Plum Book ineffective and unhelpful for these two main user groups.

First, the Plum Book becomes outdated the second that it is compiled, because it represents a single point-in-time snapshot of the government in the summer of an election year. While this can be helpful, the government is often staffed very differently at the end of an administration than it is at the beginning. Additionally, the number of appointees in each agency is usually dependent on the policy goals of an administration, and so the staffing model of the previous administration is less helpful, especially when there is a party change.

Further, the Plum Book only lists the current positions and appointees, with no mention of the caps or authorities for each position. While presidential appointments (PA and PAS) are authorized in US Code, the confidential and policy-making positions (schedule C positions) are completely at the discretion of the administration to create, as long as they fall within the cap created by OPM and the Executive Office of the President. For example, in June 2016, there were five legislative analysts in the Department of Agriculture Office of the Secretary,[7] but that has no bearing on how many serve there now, if any. There is no place to easily find information about the number of legislative analysts in that office today. The next Plum Book will not be published until 2020, when it will merely reflect what the department looks like that summer.

Another challenge with the Plum Book is tenure. Some positions are appointed for a fixed term—for example the FBI director serves for ten years, regardless of presidential turnover—but some individuals decide to leave during a transition, and tenure is sometimes listed incorrectly in the Plum Book. There are also instances where appointees who left their positions years before are still listed, which can lead to confusion about which positions should open up during a transition or even in the middle of an administration.

Finally, there are major errors in the Plum Book. Take the Federal Housing Finance Board—its appointees were listed in the 2012 and 2016 Plum Book, but the agency hasn’t existed since 2008.[8] Or look at the dozens of positions listed with the wrong legislative classification. Reducing the number of positions that require Senate confirmation has been a main focus for reform, to speed up the appointments process and make it easier for a new administration to staff up quickly. [9] A Senate resolution to reduce the number of positions requiring Senate confirmation passed in August 2012, but their classification was not updated in the 2012 or 2016 editions.

Finally, while the Office of Personnel Management added an Excel version this year, the data were unwieldy, forcing presidential transition teams to perform data input and management, wasting precious time.

With a growing awareness of how political appointees affect policy and shape the federal government, the system for tracking federal appointments, and the Plum Book itself, can be improved. Presidential transition teams should receive data on political appointees in a user-friendly format, a centralized database with caps and flexibilities should be kept up to date for transparency, and the Government Accountability Office (GAO) should track vacancies in real time.

There are about 75 days between Election Day and Inauguration for a president-elect to decide whom to nominate to 4,000 positions in the government. Even when transition teams start early, there is never enough time. To truly be helpful for presidential transition teams, the Plum Book should come in a more usable format—perhaps not even a book at all.

It would be more helpful to give transition teams access to a database that includes all of the positions required by statute (whether they are specific titles or just assistant secretary allotments) and allotments for policy-making positions (schedule C) and senior executive service positions. The database should also include what kinds of clearances or background checks are required for each and correct statutory term limits.[10] Data accuracy is essential. Theoretically, OPM should have much of this data internally, and any additional needed data should come from the Office of Presidential Personnel, which is currently not involved in development of the Plum Book.

Some have argued that all political appointments should be tracked in real time, but it must be granted that there are constantly moving parts in the government, and any real-time tool would most likely be inaccurate. Who fills the positions at the top of the government and what the organizational structure looks like are more important for transparency. A better accountability tool would outline how many appointments can be made in each agency, who is filling presidential appointments, or who is acting in them—or whether they’re being neglected. While caps are published in the federal register biannually, they should be compiled and agencies should report how they are being utilized. This data should all be located in one central database so that citizens, media, and individuals within the government itself can see where an administration is focusing resources and staffing.

Arguably the biggest problem with the appointments process—and the area with the clearest path to improvement—is tracking vacancies in Senate-confirmed (PAS) positions. While the Plum Book is imperfect in terms of locating all of the Senate-confirmed appointments in the federal government, it is even more difficult to find out when these positions are vacant. Timing is especially important, because acting officials can only execute the functions of a PAS position for 210 days (or 300 after a presidential transition),[11] with the time limit being suspended once the president sends a formal nomination for the position to the Senate.

The Federal Vacancies Reform Act mandates that the head of an agency must report all vacancies in PAS appointments to both Congress and the GAO, but it appears that this is not always done. There are only 797 total vacancies listed during the Obama administration on the GAO Federal Vacancies Reform Act page.[12] With more than 1,200 positions, it is hard to believe that there were fewer than 800 vacancies over an eight-year stretch.

The GAO should be publishing vacancies and acting officials, as set out in the Vacancies Reform Act, in real time so these timelines and responsibilities can be tracked. There has been much fanfare and media coverage of acting officials like Mick Mulvaney serving simultaneously as the acting director of the Consumer Financial Protection Bureau and the head of the Office of Management and Budget, but there are other positions where this is happening beneath the surface. With unreliable data, there is no way to track this.

Political appointees play an essential role in the federal government. During presidential transitions and throughout a president’s tenure, the way that an administration structures the government and whom it appoints has significant impacts on policy that affects Americans every day. Consequently, it is vital that the public can track the appointment process in real time—not just at the end of a presidential term. 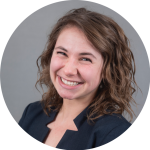 Amanda Patarino is a master in public policy student at the John F. Kennedy School of Government at Harvard University. A Colorado native, Amanda previously worked for political campaigns, on the Hill, and at the Partnership for Public Service. At the Partnership, she supported the Center for Presidential Transition, launched the Washington Post’s Political Appointments Tracker, and managed a database of appointments going back to the Reagan administration.

[2] Pedro Nicolaci da Costa, “Chaos at the top of the government’s consumer watchdog could be ‘devastating’ for Americans,” Business Insider, 27 November 2017, https://read.bi/2TqW8Zy.