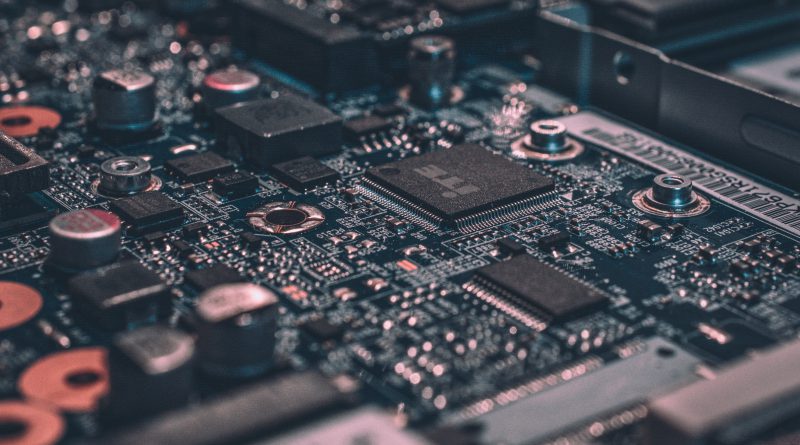 “If you control an industry’s standards, you control that industry lock, stock and ledger.”[1]

Before the now-ubiquitous USB drive existed, computers used serial and parallel ports to transfer data from devices like keyboards, mice, and printers. To address this inefficiency, the USB was invented in 1994 by Ajay Bhatt of Intel and the USB Implementers Forum, comprising representatives from major tech companies who streamlined the different ports into one.[2] Thus, a standard was created, and its international adoption connects markets and facilitates the interoperability of devices with our phones and laptops regardless of whom they are manufactured by.

Another way to think about the importance of standards is the internet. At the most basic level, the underlying concept of the internet is the existence of open, non-proprietary standards that allow devices, services, and applications to work together across a wide network.[3] The application of standards is how we can send an email from a Dell laptop running Microsoft Outlook in Boston to Apple Mail running on iOS in London. Without these open and accessible standards that everyone can adopt, we would not have the internet as we know it today.

Without global standards, markets can be closed off. Different standards for measuring electricity and plug heads mean that an American travelling to Asia needs an adapter to prevent his/her electronics from frying with higher voltages. This lack of standardization has left us with 15 different plug heads in use across the world today. It was the invention of electricity at the end of the 19th century, when cross-border compatibility was not at the forefront of peoples’ minds, that prevented a global standard from being developed. The chaotic first half of the 20th century delayed the standardization discussion and, by the time the topic of assorted plugs was put on the table, there were too many vested interests to change infrastructure across different markets.[4] As most of us have experienced, this inconsistency in standards is costly and inconvenient for both consumers and manufacturers.

We have never been as connected as we are today. Our ability to glide seamlessly from one technology to another is rarely given a second thought, and it is poorly understood, particularly by policy makers.[5] “Standards generally go unnoticed,” wrote John Gibbons, the director of the White House Office of Science and Technology Policy under President Bill Clinton. “They are mostly quiet, unseen forces, such as specifications, regulations, and protocols, that ensure that things work properly, interactively, and responsibly. How standards came about is a mystery to most people should they even ponder the question.”[6]

If technological development is central to national interest, then policy makers surely need to be technology literate to align standards policy with long-term objectives. Standards enforce policy. They are, as has been eloquently described, “the rules that others must follow, and the categories from which others choose.”[7]

In a “technology competition,” whether between companies or states, standards are a critical tool that should be utilized and factored into any strategy.

The global policy-making landscape is cluttered with different standards-setting organizations at regional, industry, national, and international levels. The deluge of standards-setting bodies, with their diverse philosophies and varying levels of influence, further complicates the development of global standards. When it comes to technology, there are three buckets of standard-setting organizations:[8]

Setting a standard is a fragmented process with competing interests. A turf war between these standards-setting organizations can arise as they seek to protect different areas of their economies, resulting in contested standards for the same technology. These conflicts can become barriers to achieving global standardization that renders the world interoperable.

Further, some states actively use technology standards to gain and protect their international economic advantage.

Standards can become significant gatekeepers. Previously, Chinese companies were largely dependent on non-Chinese companies for access to 3G and 4G technology, but seeking economic and strategic advantages, the Chinese government has supported its companies in the pursuit of 5G technology.[10] As with most strategic technologies, the Chinese government has included leadership in setting international standards as a crucial aspect of the development process.[11]

Huawei, with significant political and economic support from the Chinese government, is now the world’s largest telecommunications equipment provider. Similar to other leading technology companies, it has research partnerships across the world. Unlike other companies, it is also a key supplier for many operators and an active and influential participant in standards-setting bodies.[12] It is this ecosystem of government, business, engineers, and standards-setting bodies that has contributed to Huawei’s impressive rise. Furthermore, due to the popular use of Huawei technologies across markets, other telecommunications-related companies who want to build products that can integrate with the Huawei ecosystem adopt and reinforce the standards that Huawei has set. This solidifies Huawei’s position as a leader in the telecommunications sector and realizes the Chinese government’s longer-term strategic goals of transforming China into a world-leading science and technology power.[13]

As mentioned before, there are many different voices competing over standards. Studies have compared the effectiveness of setting standards in different forums and found that, due to the complex structure of rule-making on an international level, it is important that allied entities speak with a single voice.[14] One study found that interests that operate hierarchically and that have a coordinated domestic system are likely to have more success in setting the standards they want.

The US government is relatively less involved in setting standards than European and East Asian governments, which tend to exert more overall control. For over 100 years, the national standards policy of the United States has been to let the private sector lead the development of a majority of standards, with the government in a supporting role.[15]

However, there are disagreements about the merits of this approach. The American National Standards Institute’s 2015 US Standards Strategy warned that US competitiveness; the vitality of the US economy; a balanced global trading system; and the health, safety, and well-being of its citizens were at risk because of decentralized standard setting.[16] Over the years, a number of prominent representatives from the US government and industry have sought to centralize the US approach in response to doubts that it would continue to be as effective in the face of increasing economic competition from Europe and Asia.[17]

Undergraduate and graduate degree programs focused on training technical experts in the processes and policies behind setting international standards have been commonplace in Japan, China, and some European countries for decades. In fact, in China between 2000 and 2007, one university alone produced 800 students with standardization degrees, and the Chinese government provided resources to train 1,200 professionals on the job.[23]

Currently, standards are negotiated in technical committees that are divided into focus areas such as artificial intelligence, 5G, or smart cities. These committees are usually composed of senior engineers that represent their companies’ or organizations’ interests until a consensus is reached. Seats at these negotiating tables are often bought for thousands of dollars a year. Meetings are behind closed doors, and information is only available to members.

Technology has been key to international influence throughout history, but today, it increasingly sets the parameters around what people can and can’t do. Shouldn’t elected officials and civil society also join these negotiations with engineers and businesses to decide the best course of action?

Policy is a statement of expectation that is enforced by standards. Global standards should, in theory, be the distillation of international best practice. They should at least protect the public and, better still, can be used for broader strategic interests. In the current tangled and opaque technical standards negotiations, the interests of the public are not represented, as a result of the inconsistent and limited representation from some governments.

A Smarter Government Approach to Standards?

We are on the cusp of new technologies, like 5G, that will form the foundation on which a whole new ecosystem of technologies will be built.[27] Leadership in technologies that will underpin future industries ensures huge economic and strategic benefits to the companies, and subsequently the states, that lead them. Standards are a crucial step in the development and commercialization of technology, yet many policy makers have a limited understanding and cannot steer standards policy to maximize their strategic advantage. A better understanding of the centrality of standards to technological development and international adoption, and the role of government in the standards-setting process, should be mainstreamed. Shouldn’t policy makers also have more of a say in the technology-related standards bodies where the public interest is not represented?

No doubt, the learning curve will be shallow, but it is crucial for more policy makers to become technology literate. If any state is interested in shaping the future direction of technology, a standards education should be a high priority.[28] In addition, more engineers should be aware of the societal and political implications of the technologies they develop.

Understandably, the thought of government interference in standards setting is likely to make some cringe, but the private-sector-led model may no longer be the best. Misleadingly, China’s standards-setting model is often presented as the only alternative, but this is a false choice.

In order to compete against countries like China, which pursue top-down strategies, the United States and other countries with similar decentralized standards-setting models might consider a hybrid government-private standards-development model united under a clear prioritization of strategic technologies. Standards at the national and international levels should no longer be something that few people in government understand, but levers that officials know can help to implement policy. Some governments are already smart about using standards to further their national interest. Is there room to be smarter? 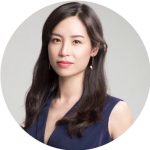 Julia Voo is a mid-career master in public administration student at the John F. Kennedy School of Government at Harvard University. Prior to Harvard, Julia served at the British Embassy in Beijing with stints at the EU Delegation to China, Carnegie-Tsinghua Centre for Global Policy, and also the UK’s Cabinet Office. Julia’s research interests center around China cyber policy.

[4] “Why are there so many plugs and sockets?,” International Electrotechnical Commission, n.d., accessed 15 February 2019, https://www.iec.ch/worldplugs/why_so_many.htm.

[18] Breznitz and Murphree, “The Rise of China in Technology Standards.”

[20] Jost Wübbeke et al., Made in China 2025: The making of a high-tech superpower and consequences for industrial countries (Mercator Institute for China Studies, 8 December 2016) [PDF file].

[22] Breznitz and Murphree, “The Rise of China in Technology Standards.”

[27] At the time of writing this article, 5G technology has not been rolled out to the market. What is in the market today is an improved version of 4G that has been labelled 5G by telecommunications companies for marketing purposes. Associated Press, “When is 5G not really 5G? Hint: If it’s on the market right now,” MarketWatch, 8 January 2019, accessed 25 February 2019, https://www.marketwatch.com/story/when-is-5g-not-really-5g-hint-if-its-on-the-market-right-now-2019-01-08.