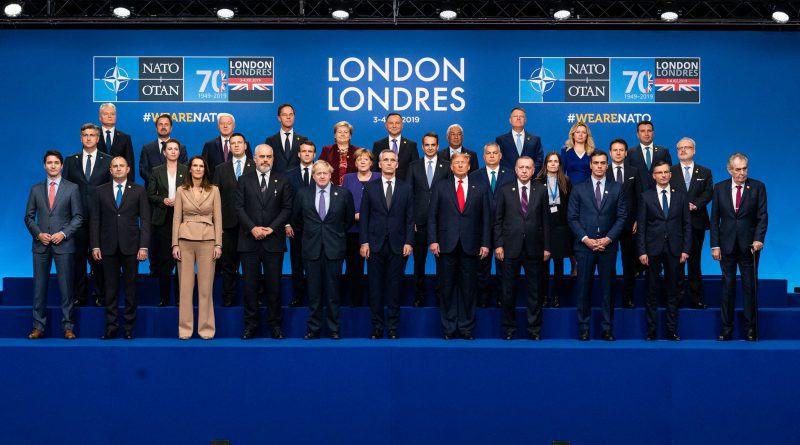 Even at Harvard, a liberal Atlanticist bubble where the Marshall Plan was first announced, events to celebrate NATO’s 70th Anniversary celebration were sparsely attended by American students, unlike Europeans who were excited to attend. Expectations for the NATO summit scheduled this month in London were low, and organizers hoped at best to avoid new tensions and miscommunications. But the current leadership crisis offers an opportunity to re-think the scope of the alliance.

The transatlantic partnership, widely credited for the past decades of peace and prosperity in the West, faces a disconnect not just between European leaders and President Trump, but between the people of Europe and North America. Not over European defense spending or Turkey’s role in the alliance as the latest disagreements might suggest, but over more fundamental issues that pre-dated Trump’s election.

Transatlantic links were forged on the basis of liberal ideals embodied by the United States. Apart from the few citizens who attend these NATO anniversaries, Europeans today are quickly forgetting the war and America’s critical role in its aftermath. On both sides of the Atlantic, liberals who championed the transatlantic agenda and its values now care more about rising inequalities, climate change, terrorism and the threat of populism than the traditional peace and security threats which led to the alliance. With neither side of the Atlantic shining particularly triumphantly in the face of these new challenges to our liberal ideals and limited efforts to work together on finding solutions, the level of energy invested into the alliance is waning. To preserve the success and global appeal of our shared democratic model, Americans and Europeans need to re-engage together across all levels of society. Only by building on one another’s strengths will we be able to inject the creativity our alliance needs to take on these 21st Century issues.

Emerging from World War II, Europeans faced shattered economies, cities turned to rubble, and intense divisions. For many, America was a beacon of hope and a model to aspire to. Roosevelt’s vision of four freedoms set in motion the European liberation, and a new world order based on human rights and international cooperation. George Marshall took to Harvard Yard to announce his European Recovery Program, welcomed by British Foreign Secretary Ernest Bevin as “a lifeline to sinking men” that brought “hope where there was none.” Hundreds of thousands of Europeans, including leading scientists and academics, shipped out across the ocean to live their version of the American dream. This bold leadership changed the lives of European citizens, whose affinity and commitment to the new relationship formed the bedrock for governments to sign the North Atlantic Treaty.

To be sure, even as the Marshall Plan was conceived, dissenting voices on both sides of the Atlantic criticized the rapprochement. But the fervent Atlanticists who previously outweighed these skeptics and made the alliance possible then are becoming less vocal and less numerous today. The affinity and commitment of these supporters needs revival, both in Europe and the United States. We must be willing to learn from one another if democracies are to successfully handle the issues of this new generation, as we did when enlightenment ideas spread from Europe to the US or when a human rights charter was established in the post-war order.

Europe’s historic temptation to conflate states with nations is re-emerging as a threat to hard-built unity and peace. For all its flaws, the United States has a long track record of addressing this tribalism by building a racially and ethnically diverse polity. Europe still lags far behind in terms of racial justice, immigrant integration and progress towards more diverse representation. And Europe is in no position to compete with the innovation and creativity that have emerged from Silicon Valley.

And Europe’s experience on other issues can benefit Americans. As Representatives debate the desirability of the Green New Deal, decades of European efforts to create jobs through energy transition could be relevant. And presidential hopefuls proposing healthcare reforms could find useful ideas in the cheaper and more effective European social security models. This is not to suggest that America replicates Europe’s social policies, which have a lot of scope for improvement. But as Americans’ ability to lead and offer a bold vision for the future is waning, they might still benefit from a closer look at how their transatlantic allies address shared challenges.

Atlanticists across the ocean need to re-engage citizens around new shared challenges. International peace and security remain important, and the threat of Russian assertiveness is significant, but we need more than a common enemy around which to coalesce. We are all struggling with populism, demographic shifts, and the impact of globalization on post-industrial regions.  The key to filling the room with both Europeans and Americans by the alliance’s 80th anniversary is to highlight its continued relevance to citizens. This can be achieved by showing how our combined capacity and experience puts us both in a better place to tackle new threats to our way of life. Without these efforts, the transatlantic cooling will no doubt outlast President Trump. 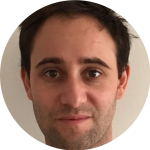 Robin Nataf is a dual French American citizen, and a Master of Public Administration student at the Harvard Kennedy School of Government. After growing up in France, he worked for 10 years on international affairs, including for the U.S., French and British governments.