Home > Articles > The Limits of Power-Sharing in Lebanon: Can Protests End 200 Years of Sectarian Politics? 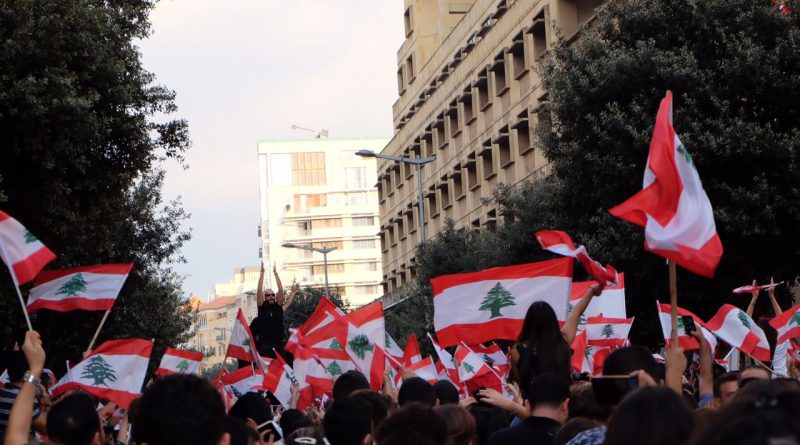 With the world transfixed on Northeastern Syria following the U.S. troop withdrawal, the largest protests in neighboring Lebanon’s recent history have gone largely unnoticed. Hundreds of thousands have taken to the streets for over a month and pushed Prime Minister Saad Hariri to resign. Crucially, in a country where political life is organized according to a delicate balance between 18 official religious sects, the revolution has mobilized demonstrators across sectarian and political lines.

From the Shia strongholds of Nabatiyeh and Tyre to the Sunni cities of Tripoli and Saida, protestors are demanding a change to their corrupt political class, dominated by sectarian warlords who fought a bloody 15-year civil war that ended with the 1989 Taif Agreement. This power-sharing agreement allocated government offices to the country’s various religious groups. But after thirty years it has deepened the country’s identity-based politics at the expense of representation and good governance, leading to paralysis. Many in Lebanon and abroad recognize the need for new elections, but that is not enough. This moment offers a rare opportunity to end 200 years of sporadically violent sectarian politics and support the Lebanese people’s demands for a more robust and representative democracy.

One consequence of thirty years of gridlock is economic fragility. Lebanon is one of the world’s most indebted countries. Lebanese citizens took to the streets on October 17th after the government threatened a tax on WhatsApp communications in an effort to address the looming debt crisis. Many Lebanese rely on this service as they cannot afford the high price of mobile communications, but the tax was just the tipping point in a long list of grievances. The largely peaceful protests rapidly have grown in strength, sweeping across the country and shutting down schools, banks and main roads.

So far, these demonstrations differ from previous ones in being trans-sectarian and leaderless. The 2005 Cedar Revolution which ended Syrian occupation after Prime Minister Rafik Hariri’s assassination was driven by political parties. Now, regardless of their religion, protestors demand economic growth, jobs, effective services, and an end to cronyism. The Prime Minister’s resignation failed to appease the Lebanese street, which takes aim at the political structure more broadly, and so is likely to be the first of many.

Power-sharing has been the bedrock of Lebanon’s institutional arrangements since as early as 1861 and was enshrined in the 1926 Constitution, the 1943 National Pact, and most recently the 1989 Taif Agreement. These agreements were all designed to be temporary before a transition towards an integrated Lebanese nation-state with elections free of sectarian restrictions and no mention of sect or denomination on identity cards. But each time, power-sharing remained in effect as elites lacked incentives for reform, leading to violence and a new power-sharing agreement.

The current state of Lebanese politics is no surprise to political scientists, who have long identified the risks of power-sharing. Because each sectarian party is guaranteed a level of representation – the President must be a Maronite Christian, the Prime Minister a Sunni Muslim and the Speaker of Parliament a Shia Muslim – their leaders do not face true competition and are almost assured re-election. This entrenched class fails to cooperate over pressing reforms. Instead, they share the spoils of the state, at best re-distributing these to their communities, but often pocketing a substantial share for themselves.

Designed to induce cooperation between various groups after conflict, power-sharing agreements require consensus-based decision-making, which often prevents hard decisions from being made. Gridlock led to a vacant Presidency from May 2014 to October 2016 as parties in Parliament were unable to agree on a nomination. Politicians have similarly failed to agree on building much-needed power plants. Instead, they prefer that citizens pay for the costly neighborhood generators which they operate at a profit during daily power cuts, leading to 3.5% of GDP being spent on electricity subsidies and costly offshore barges for production.

As protests continue to unfold, foreign diplomats with influence in Beirut will no doubt stress the need for stability in a country where tensions are high and over 2 million Syrians and Palestinians have taken refuge. They will seek to normalize the situation by working with the Lebanese leaders they supported for decades, at best calling for fresh elections. As Syria burns and populism surges in Europe, a return to the status quo is appealing, but such an approach will not be sufficient. Power-sharing played a critical role in allowing sectarian factions to shift from violence to political competition. But as recent protests and Lebanon’s history show, the stability it offers is temporary.

For those in Europe and North America concerned for Lebanon, now is the time to break the cycle by supporting the Lebanese people’s demands for meaningful political reform. The time has come to implement the “abolition of political sectarianism” envisioned in Taif. Otherwise Lebanon may require far more attention in the future.

Robin Nataf is a second year Master of Public Administration student at HKS. He worked in and on Lebanon for five years, most recently as a humanitarian expert advising the British Government. This year, he was a Summer Fellow in the U.S. House of Representatives Subcommittee for the Middle East, North Africa and International Terrorism.