Home > 2019 Issue > The Rise of the Global South: Can South–South Cooperation Reshape Development? 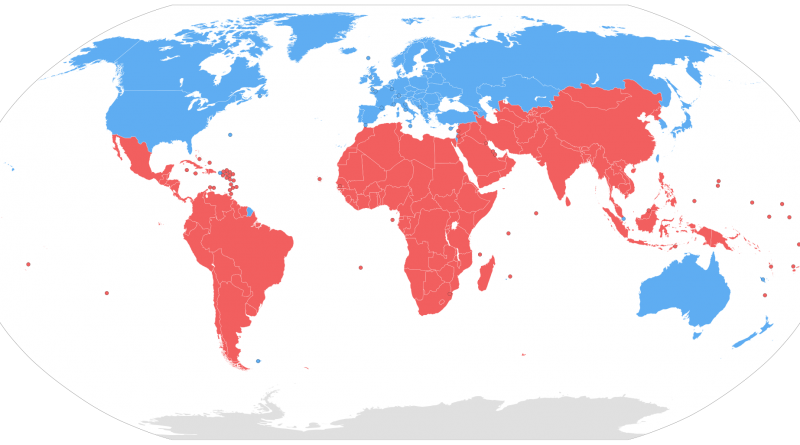 Cooperation among developing countries is not new. In 1955, newly emancipated countries from the Global South convened in Bandung, Indonesia, for what President Sukarno called “the first intercontinental conference of coloured peoples in the history of mankind.” Bandung set the stage for what later would be formally labeled in international development as “South–South cooperation,” a movement of reciprocal self-reliance that emphasized developing countries collectively assisting one another. Today, the knowledge economy is transforming South–South cooperation yet again. Knowledge-focused policies can create a different approach to growth and development, critical for countries looking for innovative ways to propel their economies forward.[1]

Mutual support remains relevant in the face of new challenges that developing countries experience today. Development assistance has steadily declined relative to the global economy. Simultaneously, the increasing humanitarian consequences of climate change and the global refugee crisis have disproportionately affected developing countries. While these combined trends put great pressure on the current aid system, rising populism around the globe has made governments less willing to enhance cooperation efforts. In this new status quo, addressing global inequality and eradicating extreme poverty require both traditional and innovative forms of cooperation. For sustainable impact, all stakeholders must work to strengthen local capacities and create country- and context-adapted strategies. Knowledge-based cooperation, inspired by emerging countries’ own solutions to deal with similar problems, can be South–South cooperation’s strategic advantage in some contexts.

Many Southern countries chose to invest in knowledge-based growth, anchored on experimental learning and capacity building for policy making. A knowledge-focused approach reaped benefits. These countries experienced positive cross-sectoral impact in human development indicators, competitiveness, and economic performance. Former chief economist of the World Bank Joseph Stiglitz argues that the most important source of growth for the “learning economy” is knowledge. Adaptive policy designs offered developing countries creative and impactful ways to surmount their unique development challenges. Building on these experiences, technical knowledge sharing through policy exchanges allows countries to learn from one another. The acquisition and diffusion of knowledge—social learning—is the most important public good.

Knowledge-based South–South interventions have also enhanced relevant contributions for countries receiving international support, such as the initiative run by the United Nations Development Programme to support South Sudan’s capacity to deliver public services and to recruit and sustain required technical assistance.[4] Since 2011, experienced public servants from Ethiopia, Kenya, and Uganda deployed to key government counterparts in South Sudan to provide on-the-job training to local officials. Other initiatives facilitated or inspired by South–South cooperation include the well-known Brazilian cash-transfer models, Bolsa Família, that significantly reduced domestic poverty and Nepal’s cash-transfer model that provided transfers to the elderly, disabled, and widowed. Such schemes have been adopted with success in other developing countries, such as Lesotho, Kenya, and Ethiopia.[5],[6]

Despite these achievements, many still regard South–South cooperation with skepticism. It is challenging to place South–South cooperation initiatives in one common category due to their diverse nature, broad motivations, and disparity in scale of resources. Southern countries themselves refrain from using the conventional hierarchical donor-recipient language of official development, which in their view reinforces the logic of unequal power relations. But arguably, the assumption within the rhetoric of horizontal and equal interaction fails to consider the economic and power asymmetries that invariably exist among countries. It also neglects potential dependencies that could exist in such relations.[7] For example, while China is regarded as a Southern country, it actively distances itself from others in this category due to its incomparable economic rise. However, new partnerships centered around learning and cross-sector impact have the potential to reinvigorate these partnerships and supplant hierarchical donor-recipient relationships.

While South–South cooperation grounded in knowledge-based experimentation does not automatically lead to better development outcomes, leveraging these relationships can create significant impact. This premise has led several other actors to rethink their approach to South–South cooperation. Multilateral organizations such as the UN and World Bank have made great progress in recent years to include South–South actions in core business models. Development teams and agencies from donor countries have successfully engaged in partnerships with Southern countries, integrating South–South components in multiple interventions. Many other organizations have acted as facilitators, enablers, funding partners, and other roles that helped boost the capacity of Southern providers.

While far from replacing traditional aid, collaboration with and among countries from the Global South rooted in new, knowledge-based inclusive growth can promote a new narrative of development cooperation. South–South cooperation today questions the conventional top-down, conditionality-driven aid approach to development. Building sustainable development will require making the best use of multi-stakeholder partnerships to create value in all countries. Through knowledge sharing, Southern countries are seeking a more efficient use and development of national capacities, with increased local ownership. Beyond the simplistic notion of solidarity among developing countries, South–South cooperation can be an effective instrument for development in its own right.

Rafael Beleboni is a foreign affairs officer from Brazil focused on international development cooperation. He has worked in the South-South program with Africa from the Brazilian Agency of Cooperation (ABC), served as the development focal point in Port-au-Prince, Haiti, and as a delegate at the United Nations in New York City, dealing with sustainable development and South–South cooperation.