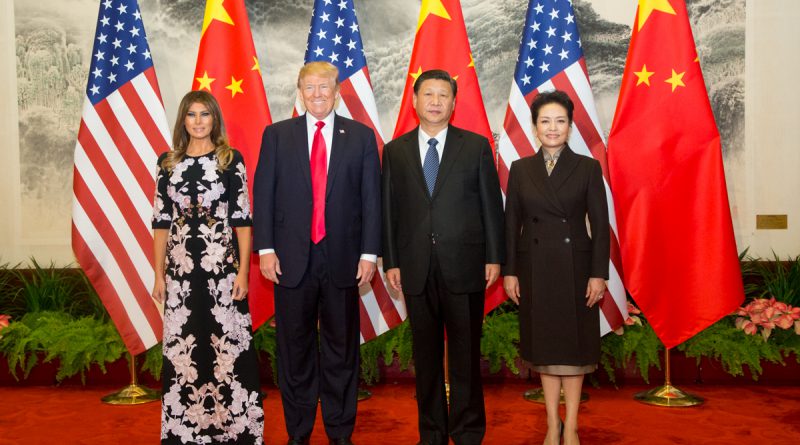 The unprecedented rise of China has been one of the most notable geopolitical phenomena of the last century. China’s decision to open up to the global economy in the 1980s sparked an economic miracle that has fueled growth for the past three decades, making it the world’s second-largest economy. But the country today harbors greater ambitions than mere economic dominance. Under the leadership of President Xi Jinping, a newly-assertive China is pursuing a sophisticated “whole-of-society” strategy that exploits all elements of state power to strengthen its position in the world and challenge the US.[i]

At home, President Xi has demonstrated greater personal authority than any Chinese leader since Mao Zedong. With a recent constitutional amendment allowing him to stay in power for a lifetime, the horizons of Xi’s ambitions have broadened. His rise can be characterized by dramatic changes in government policies in four major areas: economic development, military modernization, information sharing, and China’s role in the world.

Policymakers in the US and other great powers are concerned by China’s rise but should resist the temptation to be reactionary. The United States cannot and should not oppose the growth of Chinese power per se, but rather seek to steer it in a direction that reinforces existing institutions and norms.[ii] While the US should ready itself to meet credible aggression, it should also reaffirm its commitment to norms that reflect American values and resist Chinese efforts to challenge them.

Ever since China opened up its economy in 1978, the Chinese government has been able to draw on a plentiful supply of cheap labor to craft an export-based and labor-intensive manufacturing industrial strategy. In 2013, China overtook the US to become the world’s biggest goods trading nation.[iii] Revenues from huge volumes of export earnings helped the country finance its national poverty reduction strategy and raise the incomes of average Chinese citizens.

However, the shrinking of the working-age population, lack of innovation, and growing income inequality pose challenges for China. As George Magnus argues in Red Flags: Why Xi’s China is in jeopardy, “China is falling into a middle-income trap”: it has made significant progress in reducing extreme poverty but is struggling to reach high-income status.[iv] As capital, labor, and regulatory costs rise in China, it could lose its economic momentum.

To prevent itself from further falling into that trap, Xi’s government initiated the controversial “Made in China 2025” policy. To leapfrog into the 21st-century innovation-based economy, the Chinese government is subsidizing emerging high-tech sectors, such as robotics and artificial intelligence.[v] This may catapult China to the forefront of these emerging sectors. While the US—housing tech giants like Apple, Amazon, Google—still reigns as the technology epicenter of the world, Xi aims to climb the tech ladder by patronizing national tech champions like Huawei.

On the military front, the Chinese military—the People’s Liberation Army (PLA)—aims to preserve the Communist Party’s rule and project its power beyond the region.[vi] The PLA’s focus has shifted from a land-based defensive strategy to a sea-based “active defense” strategy in which the military is prepared to fight and win external wars. It has invested heavily in building a world-class Navy that is capable of forward deployment in the Indian and Pacific Oceans, its geostrategic priorities. As part of this buildup, China has established military bases on strategic checkpoints from the Indian Ocean to the South China Sea.

To achieve that goal, China has allocated plentiful resources to the PLA. According to the Stockholm International Peace Research Institute, in 2018, US spent $649 billion on its military while China spent $250 billion.[vii] China is the second-largest military spender after the US, and it may soon catch up. From 2009 to 2018, China’s defense budget increased by 83%, while the US budget decreased by 17%. If China can avoid the middle-income trap and continue to grow at a fast pace, it will be able to invest further resources for PLA modernization and expansion—potentially undermining US dominance and the regional power balance.

Since the establishment of the People’s Republic of China, the Chinese Communist Party (CCP) has censored the flow of information to redirect public opinion in its favor.[viii] Even a decade ago, there were few news outlets in China, enabling the government to spread state propaganda and control criticism. However, as China opened up to the world and 800 million internet users came online, commercial and online outlets have sprung up with a sensational and diverse reporting style.[ix] Now, thanks to an abundance of social media and online news portals, Chinese society relies less on traditional state-owned news outlets.

Problematically for the CCP, new outlets have enabled investigative journalists to report irregularities and corruption on the part of party leaders. The CCP initially tried to tackle this challenge by ratcheting up the censorship and extending it to digital surveillance.[x] This approach has had limited success, however: while the so-called Chinese great firewall may be able to censor unwanted information in China, millennials still can access international media by using VPNs and other means. The party concluded that it is almost impossible to control all the unwanted information as it successfully did in the past.

When Xi came to power, the CCP’s communication strategy has shifted from “information controlling” to an approach that could be described as “information sharing.”[xi] The party has formed a cyber command that carries out information warfare worldwide. Alongside official government accounts, this command operates many fake and manufactured sites—masquerading as independent outlets—to counter anti-party narrative and disseminate propaganda.[xii]

After maintaining a low profile for decades, China is now using trade, investment, and hard and soft power to attempt to remake the world order in its favor. Xi’s signature project, the Belt and Road Initiative, is funneling substantial Chinese infrastructure funding to smaller states in Asia, Africa, and Latin America, enabling them to build much-needed transport and energy infrastructure.

The BRI helps to export the “China model” (zhong guo mo shi)—a fusion of rapid economic development and an authoritarian governing style—to developing countries around the world[xiii]. Within the framework of the BRI, China is able to maximize bargaining leverage with smaller countries via its trade, investment, and loans. There is growing speculation outside China that BRI funding is designed to push small countries like Laos, Cambodia, and Sri Lanka into the Chinese debt trap,[xiv] enabling China to coerce them into supporting its agenda on the world stage.

It may be that for the first time, another country has emerged to match and, in some cases, surpass US bilateral financing assistance on a global scale. BRI is lending unprecedented amounts of hard financing to several countries where the US already has a considerable presence, including the Philippines, Cambodia, and Vietnam. China’s checkbook diplomacy may soon become a serious counter to US influence in South, Southeast Asia and beyond.

The initial US responses to rein an assertive China have been ad-hoc. The terminology has changed through different administrations, from Obama’s Pivot to Asia to the Free and Open Indo-Pacific Strategy (FOIP) under Trump. Whatever the name, the US has yet to undertake a whole-of-government grand strategy to meet China’s global challenge. Unlike China, US has a distinct strength—its allies and partners, which should be in the epicenter while dealing with China.

As the Chinese offer billion-dollar loans for China-centric infrastructure projects across the Euro-Asian region, the US and its allies need to offer substantial alternatives to countries in need of infrastructure investment. The US should not compete dollar for dollar with China, but should instead build partnerships in the Indo-Pacific region to protect countries from China’s predatory economic coercion. Rather than simply competing with China to build roads and bridges, the US should continue to propagate values of transparency, democracy, the rule of law, human rights, and free speech. The United States’ Indo-Pacific diplomacy can—and should—support its values abroad.

The US must stop withdrawing from multilateral trade agreements, and should consider re-entering into treaties like the TPP, which brought 12 countries from around the Asia-Pacific together to lower barriers to trade, protect intellectual property rights, improve workers’ rights, protect the environment, and limit government support of state-owned enterprises. Such partnership not only promotes global alliance but also promote the values for which America stands.

Countering Chinese assertiveness is crucial if the US is to maintain the existing rules-based order that has ensured peace and prosperity since World War II. US foreign policy should remain outside the realm of partisan politics to protect the national interest. While the US must acknowledge that the world is moving into an era with multiple global leaders, we should seek to steer it in a direction that preserves our core norms and values. 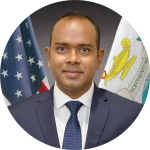 Anu Anwar is a Research Fellow at the U.S. Department of Defense’s Institute – Daniel K. Inouye Asia-Pacific Center for Security Studies. He is also an Affiliate Scholar at East-West Center and a Visiting Fellow at the University of Tokyo’s Institute of Advanced Asian Studies. Mr. Anwar’s work focuses on the area of BRI, FOIP, US-China strategic competition, and Asian geopolitics. His work has appeared in East Asia Forum, The Diplomat, South China Morning Post, The Interpreter, The Asia Times, among other publications. His Twitter handle: @AnuAnwarLive

[i] Mark Warner, “The China Challenge and Critical Next Steps for the US,” Brookings Institute, 15 May 2019, https://www.brookings.edu/blog/order-from-chaos/2019/05/15/the-china-challenge-and-critical-next-steps-for-the-united-states/.

[xiv]Lina Benabdallah, “Contesting the international order by integrating it: the case of China’s Belt and Road initiative,” Third World Quarterly 40, no. 1 (2017).