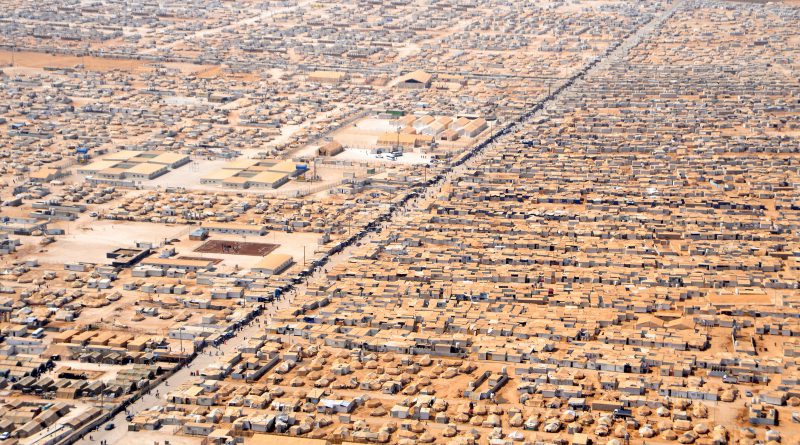 A year after President Donald Trump implemented the first travel ban, refugees in Jordan awaiting resettlement were still feeling the ban’s main effect on their lives: a dimmer chance at a permanent, safe home. The travel ban notwithstanding, refugees only qualify for resettlement in the United States if they face discrimination, or worse, in the country from which they are seeking asylum.[1] For those in Jordan, the vast majority of whom are living below the poverty line, the hope of returning to a normal life—a full-time job, a safe home, and stability—had sustained them. Now, they were trapped.[2]

When the first travel ban was passed in January 2017, it made headlines, as immigrants, refugees, and tourists from a half dozen Muslim-majority countries were turned away at American airports.[3] What escaped notice were the ban’s far-reaching implications on refugees outside the United States who were affected first by the ban and then by a separate executive order issued in October 2017 that limited refugee admissions. This created a de facto refugee ban that has undermined the entire refugee resettlement pipeline and has contributed to a record low number of refugees being resettled into the United States in 2018.[4]

In Jordan, it has left refugees with two seemingly unacceptable options: remain in legal limbo or give up on the hope of resettlement and embark on treacherous journeys in the hope of something better.

Trapped in a System with No Prospects

Perhaps the greatest, and most obvious, result of the ban has been that more refugees remain at risk, with little to no employment or educational prospects.[5] The refugee ban may have resumed refugee admissions that had previously been halted by the travel bans. But, it required “enhanced vetting” for refugees seeking to enter the US from eleven countries, believed to be North Korea and ten Muslim-majority countries: Egypt, Iran, Iraq, Libya, Mali, Somalia, South Sudan, Sudan, Syria, and Yemen.[6] This increased vetting greatly curtailed refugee admissions.

Since 1980, the United States had accepted more refugees each year from the United Nations High Commissioner for Refugees’s resettlement program than the rest of the world combined.[7] That changed in 2017, when just 33,000 refugees were resettled in the United States, down from nearly 97,000 in 2016.[8]

Beyond the significantly limited numbers of slots, the few refugees who are granted resettlement are primarily from outside of the Middle East, because of the countries targeted by the ban. Refugees from the 11 banned countries made up 40% of total refugee resettlement to the U.S. in 2016, according to the Refugee Processing Center.[9] In 2018, they made up 0.01% of admissions.[10]

As a result, the more than 700,000 refugees in Jordan—the vast majority of whom are from Syria and other countries targeted by the ban—have even more limited options than the numbers alone would suggest.[11] Prior to the ban, Jordan was the departure country from which the greatest number of refugees were being resettled to other countries by the UNHCR.[12] The number of resettled refugees leaving Jordan dropped from 21,000 in 2016 to just under 5,000 in 2017.[13] Despite media reports contributing to a perception that European countries have offset the ban’s impact by increasing their number of resettlement spots, the numbers demonstrate that this increase is far below what would be needed to compensate the ban’s effects. US resettlement slots dropped by a total of more than 54,000 spots from 2016 to 2017.[14] European countries’ spots increased by just 8,000 during the same period.[15]

Only about 1% of refugees are resettled each year.[16] Resettlement is reserved for those refugees whose safety is still at risk in the first country in which they apply for asylum.[17] According to the UNHCR, this includes refugees who are part of the LGBTQ community and religious minorities.[18]

Jordan, in spite of its relatively open borders to refugees, never ratified the 1951 Refugee Convention, nor the 1967 Protocol.[19] This means the Jordanian government has no international legal obligation to provide refugees with the Convention’s designated rights, despite some arguments that the Convention and Protocol have become customary international law.[20] To date, the only refugee-specific obligation Jordan has agreed to is the 1988 Memorandum of Understanding with the UNHCR, which removes geographic and time limitations on refugee protection in the country, and protects refugees against refoulment, the forcible return of refugees to their home countries.[21],[22]

With the decreased opportunity for resettlement, refugees often take risks—either returning to unsafe conditions in their country of origin or even rejecting resettlement to the United States because of concerns about Islamophobia.

A Jordan-based employee at a refugee assistance organization said in an interview that the organization had seen an increase in refugees who returned Syria since the imposition of the ban. [26],[27] The employee pointed to far fewer resettlement options and the absence of long-term local integration as key contributors to these increasing returns.[28] An end to the Syrian Civil War isn’t imminent—despite the Trump administration’s claims that the Islamic State has been defeated—and the refugees returning to their home country are doing so at great risk to their personal safety. [29],[30]

Even before the refugee ban, Trump’s immigration policies were affecting refugees in Jordan. Some refugees in Jordan who had been offered resettlement to the United States rejected the offer once news of the travel bans spread to Amman. The exact number of refugees who have rejected resettlement is difficult to quantify. The UNHCR tracks resettlement rejections, but does not make the information readily available to the public.

A small number of refugees in Jordan interviewed in research and humanitarian contexts in 2018 said they had rejected resettlement offers to the United States. If a refugee rejects a resettlement offer, he or she gives up the right to be resettled elsewhere, essentially accepting to continue living in their present circumstances indefinitely. These refugees believed Americans no longer wanted to accept immigrants, Muslims, or people of Middle Eastern origin, explained the country director of the refugee assistance organization in Jordan.[31] Some also interpreted the bans as a sign that the United States was no longer an open-minded or welcoming country, and they therefore lost the desire to be resettled there, the director added.

The UNHCR and staffers with other NGOs in Jordan also observed a drop in applications for resettlement to the United States. A UNHCR Protection Officer[32] said some refugees withdrew their applications for resettlement to the US immediately following the travel bans, saying the discriminatory nature of the ban was their reason for withdrawal.[33] “If [the US] doesn’t want me, I don’t want to go resettle there,” the officer said, describing the refugees’ reasoning.[34] Some refugees even cited fear for their personal safety in the United States, taking the news of the ban as a sign that the government would not protect Muslims, or that Islamaphobia would increase and put refugees at risk of physical harm.[35] While the UNHCR doesn’t make the number of refugees who withdraw their applications readily available to the public, the rejection of a single resettlement offer to the United States is tragic considering the dire circumstances in which refugees in Jordan are living.

An Unknown Future for Resettlement

Historically, the United States had ensured that domestic resettlement was at the very least a viable option for the most vulnerable refugee populations. The refugee ban has changed that. The ban has also set a dangerous precedent for other states to follow. In an increasingly nationalistic and protectionist global atmosphere, the failure to comply with state obligations under the Refugee Convention and Protocol has normalized.[36] Hopefully, the effects of the ban will not be permanent, but will prompt a deeper look into the resettlement system and at the opportunities—or lack thereof—afforded to refugees.

This research was supported in part by the Harvard Law School Cravath International Fellowship and the Program on Law and Society in the Muslim World. 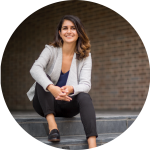 Niku Jafarnia is a third year Juris Doctor/Master in Public Policy student at Harvard Law School and the John F. Kennedy School of Government at Harvard University focused on refugee law and policy. She has been working with refugee communities for the past seven years and was a Fulbright grantee in Turkey prior to beginning her graduate studies.

[17] The country of first arrival is the first country refugees settle in once they’ve left their country of origin. For most, this country is not their final destination.

[26] Name withheld because the attorney wasn’t authorized to speak on the record.

[31] Name withheld because the director wasn’t authorized to speak on the record.

[32] Name withheld because the officer wasn’t authorized to speak on the record.