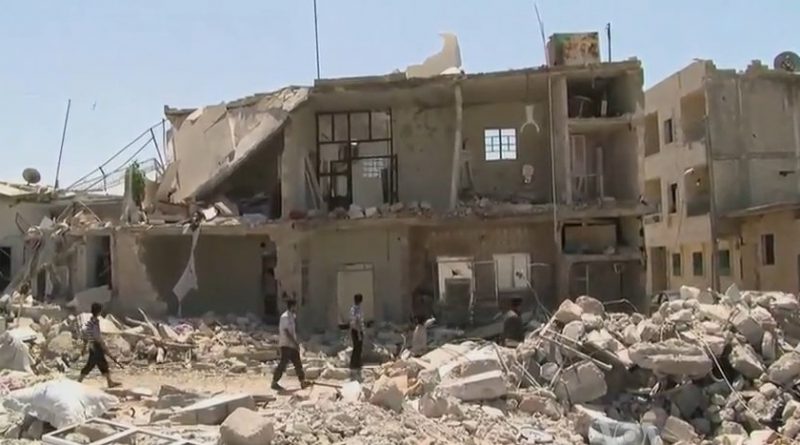 President Donald Trump’s decision to swiftly withdraw troops from northeast Syria last week was clearly a grave strategic mistake that has had many severe consequences. Not long after his announcement, members of Congress condemned his decision with bipartisan opposition to his rash decision. Congress made it clear that it is not in the country’s national security interest to abandon the area given: (1) the existing tensions between Turkey and Kurdish Syrian Democratic Forces (SDF), the group that has been fighting ISIS alongside the United States and (2) a reasonable possibility of an ISIS resurgence given the political instability in the area. This move is not unprecedented; President Trump received push back after a similar attempt in December 2018. Despite the United States publicly assuring Turkey that arming the SDF was a temporary intervention to build a coalition to fight ISIS, withdrawing troops from northeast Syria and allowing Turkey to enter has taken the war in a new direction. What remains clear from events that have since followed is that challenges will continue to arise from a lack of consistent US policy in the region, and especially in Syria.

According to the United Nations Refugee Agency, UNHCR, more than half of the Syrian population has been displaced. Over five million Syrians are registered refugees in Turkey, Jordan, and Lebanon. As the war entered a protracted phase with no clear indication of when it will end, Syria’s neighbors began to gradually force refugees back to Syria under the guise of “voluntary” returns. Syrians are no longer welcomed as people fleeing violence and instead are now repeatedly seen as a burden of a war that has lasted for far too long.

I spent over four years working on the Syria and Iraq humanitarian response and met many Syrians who described the perilous journeys they have taken to find safety, stability, and hope for the future. While hosting countries have welcomed large numbers of Syrian refugees, forcing them back does not guarantee their safety. Once refugees arrive, they are subject to secondary displacement and many have disappeared, an action taken by the Syrian regime in which those who may appear to support the opposition are arbitrarily arrested and family members are not notified of the arrest.

The Turkish incursion in northeast Syria was meant to create a buffer zone from SDF, a group the Turkish government has labeled as terrorists, but also “safe zones”. The notion of creating “safe zones” in ongoing conflicts has been shown to leave civilians in danger of being exposed and targeted. From the safe zone created in Bosnia that led to the 1994 Srebrenica massacre to the more recent de-escalation zones in Syria, limited guarantees of protection have been exhibited to those fleeing state persecution. In fact, even after Turkey, Iran, and Russia decided to establish de-escalation zones, the Assad regime continued attacks on civilians in those areas, sending a clear message that it will not abide by these agreements.

In return, the United States continues to send a message of indifference and apathy. While President Barack Obama did not have a clear strategy to respond to the crisis in Syria, President Trump’s immediate withdrawal has had greater strategic repercussions for US national security and military alliances. As alliances continue to shift in the region resulting from President Trump’s hasty and ill-informed decision making, the fate of Syrian Kurds and other Arabs living in the territory remains unclear, especially for those who will be forced to leave Turkey to the “safe zone.”

This so-called “safe zone” is coming at a very high human cost.

In an attempt to create a “humanitarian” zone, another humanitarian tragedy is being carried out. Images of people desperately fleeing in different directions trying to figure out where to go are all too familiar in Syria. Meanwhile, as people rush to make sense of another new reality, the impact of this decision is felt deep in betrayal, frustration, and a willingness to create an alliance with the Assad regime and Russia.

During my time in the region, I met with myriad of Syrians and Iraqis, including Kurdish populations in both countries, who have expressed frustrations of the false promises from the US. These are individual lives destroyed by inconsistent and altogether lack of clear policy making in Syria. With the regime now present in northeast Syria, it is hard to imagine how a “safe zone” can be created with guarantees to protect the many Syrians who will be forced back to an area present with the regime they fled from in the first place.

Nonetheless, the frustration that Americans have over the continued presence is the region is not dismissed, but too often the shadow of the US invasion of Iraq taints our policies in the Middle East. The solution is not to immediately withdraw troops without weighing the costs of withdrawal against the benefit of preventing further atrocities. Impulsive policymaking in the region neither protects civilians nor protects long-term national security interests. The United States should continue to support efforts to find long-term solutions to the political instability in the region caused by the broader conflict in Syria instead of finding a quick way to withdraw and create other bigger problems. In fact, shortly before President Trump’s order to withdraw troops from Syria, a Congress-commissioned Syria Study Group released a report detailing the atrocities in Syria and putting forward policy recommendations. Attempts to create temporary “safe zones” and to support the forced return of refugees does not resolve the root cause of displacement in Syria. Ultimately, leaving the brutal regime in power, which has unceasingly demonstrated its readiness to annihilate any opposition, will not end the displacement of Syrians in Syria and to its neighboring countries. 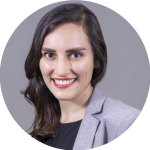 Rahaf Safi is Syrian-American and a second-year master in public policy student at the Harvard Kennedy School. Her background is in human rights policy, humanitarian assistance, and nonviolent and violent conflict. She has spent over four years working with displaced persons, refugees, and other vulnerable populations in the Middle East.