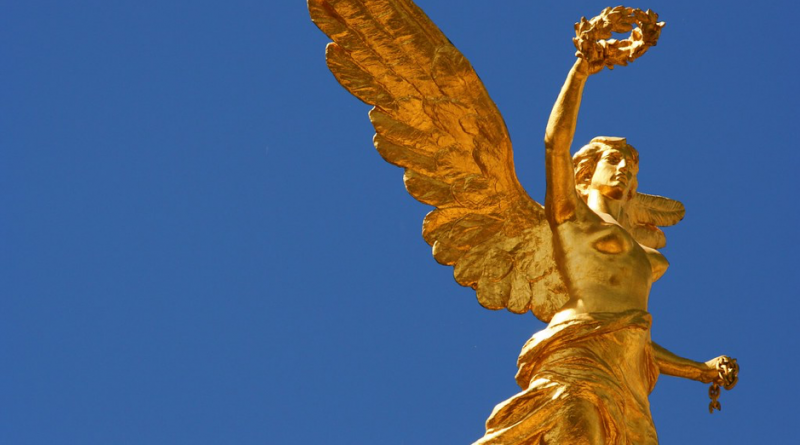 On August 3rd, yet another crime of gender-based violence made headlines in Mexico: ”Girl Kidnapped and Raped by Police”. Over the following days, feminist protests erupted across the country to demand women’s right to basic dignity—a life free of violence. However, these protests have been mistakenly and unfairly accused of being violent themselves, when in truth they are creative and exemplary acts of civil disobedience.

By using pink glitter and “pintas”, feminist political graffiti, to remind Mexicans of the skyrocketing rates of violence against women, Mexican feminists have acted as the country’s moral conscience by openly defying indifference and inaction with glamour and street art.

Graffiti has long been considered a non-violent form of activism, protest, and civil disobedience that transgresses the law to raise awareness and catalyze change.

Feminists all over Latin America are also using pintas to combat massive violence in the region, reclaiming public places and reminding women that it is their right to be safe on the streets. For example, in Brazil, artist Panmela Castro is denouncing violence against women with her street art. She has also created an organization called Rede Nami to empower women using art.

Violent headlines such as that of August 3rd are ubiquitous in Mexico and have become part of everyday life. For example, the Mexican National Institute of Geography and Statistics recently reported that in 2016, in Mexico City alone, over half of the women who participated in a survey had been victimized by their partners during their current or most recent romantic relationships. The story about a 17-year-old girl being allegedly kidnapped and raped by four police officers on the outskirts of Mexico City was for many the last straw, raising resentment against government negligence and causing the city’s population—especially the Mexico City network of feminist organizations, collectives, groups, and associations—to erupt in protest.

The authorities’ ineptitude hit a new low when they leaked the victim’s address, testimony and file number to the media, violating her rights and putting her further at risk. In response, feminist networks organized to protest outside the city’s Office of the Secretary of Public Security on August 12th. On that day, furious feminists marched to the Secretary’s building and unapologetically beat down its door. When the Secretary of Public Security, Jesus Orta, sought to address the angry crowds, he was surprised by a cloud of pink glitter thrown at him by protesters—a comically heroic act that shall be immortalized online.

Twitter went wild with the images of the suit-clad, mustachioed Secretary of Public Security drenched in shimmering pink. The Mexico City Mayor, ironically the city’s first woman elected Mayor, Claudia Scheinbaum, responded by condemning and criminalizing the protestors’ acts of “violence”, saying the government would not react to “provocations”. Feminists were not having it and convened another march four days later on August 16th. The digital flyers they disseminated to advertise the march gave precise instructions—no men allowed, wear black, bring pink glitter.

On the day of the second march, thousands of women showed up hand-in-hand to occupy the city’s streets with a list of demands that included closing all criminal investigations against the feminist protestors from the earlier protest and comprehensive police reform with a gender perspective. The following morning, the city was shaken to its core when the capital woke up to see its most iconic monument, the Angel of Independence, covered in pintas. Some of the messages were statements such as “you don’t play with us”, “the patriarchy will fall”, and “the state kills us”.

A debate quickly ensued. At its heart was the question of whether or not feminists had gone too far by desecrating the Angel, Mexico’s most famous national monument. While some pointed out that it is ridiculous to weep over bronze statues when women’s blood is regularly being spilled, others posited that fighting macho violence with “feminist violence” is pointless. What the latter party has not considered is that these “pintas” in themselves are not “violent”, but a political tool to carry out feminist demands and raise awareness over gender-based violence after having exhausted all other institutional avenues.

According to the World Health Organization’s definition of violence, throwing glitter and spraying monuments, even breaking down doors and windows, cannot by any means be cataloged as violent. During the march, no woman committed harm to a person, group or community. Only material goods were damaged, all of which are repairable. Ironically, the only physical violence reported during the protests was between two male participants.

By denouncing these protests as feminist “violence”, what the media is really indicating is that there is a separate standard for women in terms of violence. The behavior exhibited by the female protestors was too violent for that expected of a woman. Those who attended left their traditional place—the household—to occupy the streets and defy the gender roles expected of them by Mexican society.

After the marches, many of the women who participated, whether on the streets or in the social media debates that ensued soon after, faced a wave of social media harassment. Some even received death threats to their private numbers, saying they ought to be “exterminated”. The threats against feminist activists escalated so quickly that the Mayor of Mexico City was forced to backtrack on her previous accusations and seek protection for the activists in danger.

It is a grueling irony that a defiled statue of an angel can be considered more “violent” than thousands of defiled women’s bodies. Yet, it happened because a monument cannot be made invisible nor neglected by the authorities the way thousands of torture, rape, and murder investigation files can. The graffitied angel is a relentless and uncomfortable reminder for all Mexicans that gender-based violence is endemic across the country. While some Mexicans grieve over the angel, they are confronted with a graver and more difficult problem—how to stop women from being tortured, raped and killed? The first step is to embrace the courage of feminist protestors, not condemn them. 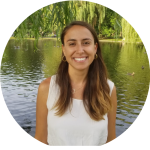 Daniela Philipson is a feminist activist from Mexico City and recent graduate of the Master in Public Policy program at the Harvard Kennedy School. She currently works for the Feminist Task Force in New York City. Follow her on Twitter @daniphilipson.