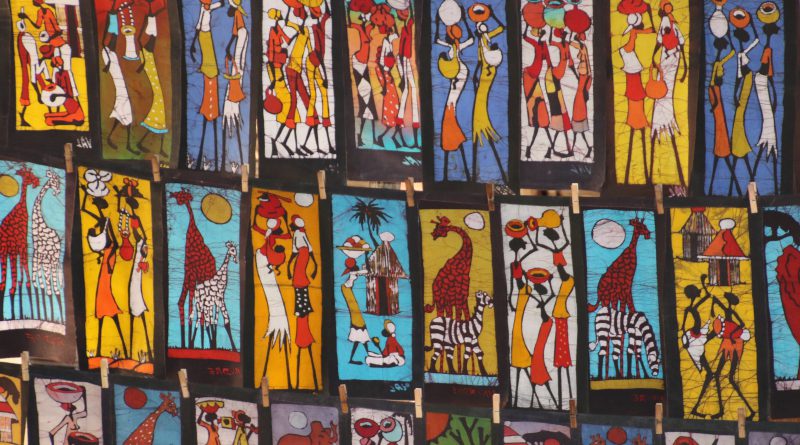 I recently met with a young Kenyan thespian traveling throughout the U.S. in search of a career in the arts.  As we reminisced about his college days, he expressed some regret that his education did not include classes that would have adequately prepared him for a successful career in his chosen profession, despite having attended Kenya’s top arts university. Regretfully, this story has become too familiar. Years ago, I had walked down the same path as this thespian, and just like him, it led me away from my country in an effort to pursue an education, a career and an opportunity in the arts.

Growing up, I knew more about artists in the West than I did of those in my own country. As a child, I remember western music being played more than local music; watching western movies and theater plays based on western stories, rather than the local ones; reading poems and literature about the West, more than I read that of the local poet. There was no exposure; the schools definitely did not include any of this information in our curriculum. In recent years, things have changed; younger generations have realized the importance of being involved in the arts. Some of this is tied to the desire to maintain one’s identity, one’s existence, one’s history and one’s strength as human beings. This is why I advocate for arts education in Kenya.

The Kenyan public education system has historically classified art as an extracurricular activity. Since 1985, the Kenyan education system has operated under a curriculum called the 8-4-4 System, which places an emphasis on the STEM subjects (Science, Technology, Engineering and Mathematics) in order to advance Africa’s development. This has resulted in a wealth of job opportunities, but only in those sectors.  In 2017, Julius Jwan, the director of the Kenya Institute of Curriculum Development (KICD), stated that yet another primary school curriculum would be rolled out that would place even more emphasis on science-related subjects at the primary, high school and university level. While it is good that the government is spending more money on education, hiring expatriates to provide STEM (Science, Technology, Engineering and Mathematics) services, this focus on STEM only tends to leave the artistically-oriented students left out, creating further imbalance in the education system. As a result, many gifted students find themselves floating through the public education system, trapped in a structure that is not crafted to actively engage them. The student may graduate from school inadequately equipped to compete in the job market and he or she may be left to craft their own career path.

Despite the current school curriculum, local Kenyan traditions remain deeply rooted in the arts. The government could build on these traditions by including them in schools. For example, Sylivester Ohloo writes about the commercial enterprise of soapstone carving that began in the 1920’s among the Kisii (Gusii) tribe in Kenya, though it may date back even earlier. He explains that this industry accelerated over time and became a market commodity by the twentieth century, generating economic activity for the tribe. The local school system could serve as a fertile institution to cultivate such artistic curiosities, gifts and skills to allow students to engage in healthy educational outlets.

The experience in Ireland provides a useful framework for how the government can promote the arts in its public schools. In the early 2000’s, reformers funded and managed a five-week arts program in targeted rural areas. Artists worked together with class six students, aged eleven and twelve. The artists introduced students to sculptures, drama and storytelling activities, giving the students the opportunity to learn unique cognitive skills. One of their highlighted goals was to enhance access to the arts for students in isolated rural schools, with the main objective “of making connections between art, school, learning and their own lives and experiences.” In the final week, all classes were invited to the Education Centre in Donegal town, Ireland, to view the art created by the students and to find connections between themselves, the art and the artists’ philosophy and ideas about their piece. Students were encouraged to think about different types of intelligences and to explore different ways of being clever.

Kenya could adopt a similar program. While some may argue that public funding is scarce, officials could use the private funding model of the Ireland project, leveraging the business incentive that private organizations have. If students adopted an affinity for the funding organizations, they could return as customers, leading to a positive payoff in the future.

To alleviate the costs of training new teachers, the Kenyan education ministry could also hire teaching artists, those artists already working in the professional field, and incorporate them into the public-school faculty.

Furthermore, the Kenyan student should not be limited to only accessing the arts through private schools nor should they feel that the Arts are a lesser activity than those in the STEM fields. The government should revise its education curriculum by introducing more arts education courses to its heavily invested STEM curriculum, endogenously producing a product that supports the art in education from early development stages.

Finally, educational institutions such as universities and art facilities should take the lead in creating access to the arts outside of the traditional school setting by introducing extracurricular programs that pave the way to a foundation in the arts.  These institutions could play a vital role to preserve culture, traditions, folklore and language, preventing their erosion with the changing times.

Although art is fundamental to the Kenyan citizen and is intertwined with the traditions that are part of the local people’s way of life, the education system has veered further from encouraging such practices. Kenya is surrounded by a rich cultural heritage, infused with art and artists who constantly celebrate its existence. This is what we should lay as a foundation for arts education, in order to take steps to preserve and pass on traditions, from one generation to the next. 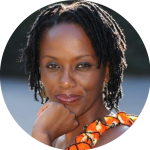 Nimo is a Producer, Director and Scriptwriter with a history of working in the entertainment industry with major U.S.television/film studios and boutique production companies for two decades. She has experience in Development,Production & Post-Production, Marketing and Distribution.  Nimo is also a teaching artist, having graduated from the Harvard Graduate School Of Education with focused research on building creative pedagogy, advocating and expanding the arts education programs in the US and in Africa.