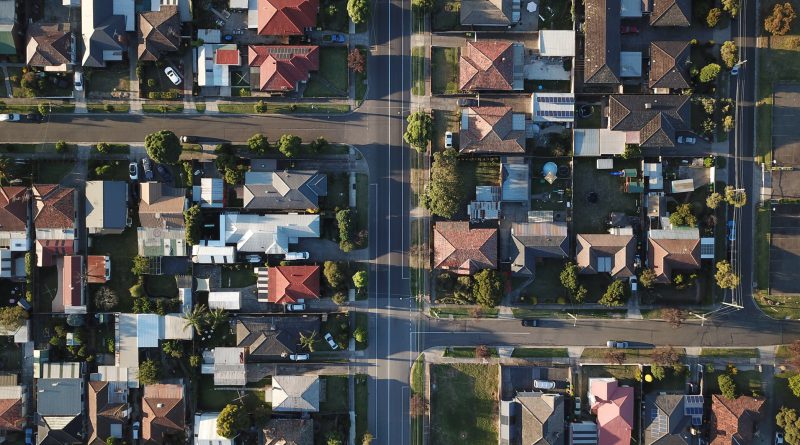 As part of the 2017 Tax Cuts and Jobs Act, the Opportunity Zone (OZ) program was created as a mechanism to funnel investments into targeted low-income areas throughout the United States. Though the program was recently implemented, it has gained significant attention as a place-based policy that brings private-sector capital into distressed communities. This article will analyze state selections of the census tracts that were designated as OZs, examine the ways in which similar place-based policies have been used to achieve social goals, and propose policies to improve the OZ program.

For a census tract to qualify for Opportunity Zone status, it must meet eligibility criteria based on the area’s poverty rate and median family income. Census tracts can also qualify by being located contiguous to a nominated low-income community (LIC) and having a median family income of less than 125 percent of the nominated tract.[1] To invest in an OZ, investors must form an entity called a Qualified Opportunity Fund (QOF). The program provides three major tax benefits:

The program is estimated to cost $1.6 billion in its first decade.[2]

Due to the program’s broad eligibility requirements, 57 percent of all census tracts in the United States qualify for OZ status. Of those, approximately 21 percent were designated as OZs. Preliminary analysis shows that states, on average, picked relatively disadvantaged areas—having higher poverty rates, larger minority populations, and lower educational attainment.[3] However, disparities in the level of economic distress of selections across states still exist. States such as Georgia and Hawaii allocated the greatest share of their picks to the most distressed census tracts. Other states, such as West Virginia and Mississippi, did not.[4] This means that, overall, a smaller share of the potential economic benefits from OZ investments will accrue to the areas that need it most.

As a place-based policy, the OZ program funnels investments into LICs in an attempt to address economic disparities throughout the United States. While average incomes in regions across the country tended to converge throughout most of the 20th century, the decades since the 1980s have been characterized by increasing economic divergence. Today, the average household income in the richest fifth of counties is more than double that of the poorest fifth. Households in the lowest-performing counties are also less likely to be a part of the labor force, more likely to be in poverty, and slower to recover from negative economic shocks.[5]

Place-based policies are one means of addressing such regional variations in economic well-being. The primary argument for such policies is that a one-size-fits-all approach to addressing problems is not feasible for such a diverse range of economic situations.[6] Instead, place-based policies aim to target resources toward the geographic areas with the greatest need. In theory, policies such as tax credits for investment in low-income areas can result in positive externalities such as the creation of new jobs and businesses.[7] Private investments can also serve as a catalyst for new community organizations and public programs. And place-based policies in urban centers can simultaneously generate spillover effects in other less-developed areas.[8] However, the empirical evidence is mixed on whether large-scale place-based policies that aim to infuse capital into distressed areas accomplish the economic goals they aim to achieve.

Enterprise zones are a commonly cited example of place-based policies.[9] Gaining prominence in the 1990s, enterprise zones offer a mix of grants and tax incentives to low-income communities for financing development and large business projects. Early analyses of the program found that while poverty and unemployment fell and economic growth increased, the results could not be directly tied to the program.[10] Other analyses, however, found no substantial impact, or no net change when examining outcomes within the broader economy.[11] That is, the program simply reallocated resources between geographic areas rather than acting as a stimulus for new economic growth. An additional analysis found that the benefits of the program tended to accrue to higher-skilled workers who moved into the enterprise zones for work rather than to those who had already been living in the region.[12]

Another prominent place-based policy is the New Markets Tax Credit (NMTC), which provides tax incentives for individuals to invest in low-income communities through an intermediary known as a Community Development Entity. Under the NMTC, investors must apply for the credit through a competitive process. The NMTC’s emphasis on incentivizing investments in underdeveloped areas is quite similar to the goals of the OZ program. Analyses of the NMTC find that corporate investors are simply incentivized to shift some of their existing investments to the targeted areas, though some private individuals do make new investments.[13],[14] While the targeted areas do appear to receive more investment, many of the benefits flow to real-estate developers, with only a modest, albeit expensive, reduction in poverty for the community at large. Freedman estimated that it costs $23,000 to lift a single person out of poverty under the program.[15] Furthermore, a Government Accountability Office (GAO) analysis found that some of the projects that the NMTC helped fund are already subsidized by other government programs designed to spur investment in low-income areas.[16] This duplication will only be made worse with the addition of OZs into the array of tax incentives for development.

Experiences from enterprise zones and the NMTC show that place-based policies that aim to bring private investment into underserved areas should not be relied upon exclusively (if at all) as a catalyst for broad-based economic change.

Beyond the debate around the effectiveness of place-based policies, several shortcomings specific to the OZ program exist. First, from a community standpoint, it is unclear how much of the funds invested in OZs will actually benefit residents, since few, if any, guardrails exist to regulate investments. In contrast, under the NMTC, Treasury Department regulations require that tax-credit recipients apply for the credit (rather than automatically receive it), and then officials evaluate whether companies should get the credit based on the quality of their plans to add benefit to the community. Thus, only 16 percent of NMTC applications between 2003 and 2017 received NMTC status.[17] QOFs, on the other hand, are allowed to self-certify. Furthermore, OZ regulations require that 70 percent of property owned by QOFs be located in the OZ itself, meaning that the remaining 30 percent of investments could occur anywhere while still receiving favorable tax treatment.[18] The lack of guardrails could reduce the program’s ability to stimulate economic growth.

Also, it is possible that the incentives provided by OZs may simply subsidize gentrification as the program’s tax benefits incentivize investors to develop areas that are already on the way up, since these areas will likely give investors the greatest returns on their investments. Further evidence shows that many states selected OZ tracts with higher average home-price appreciation (which could serve as an indicator of gentrification), compared to tracts that were not selected.[19] Researchers at the Urban Institute have developed another measure of gentrification based on the presence of socioeconomic change in a region. They find that, on average, tracts with high rates of socioeconomic change were disproportionately represented in selected OZ tracts, though there exists wide variation in this indicator throughout the country. In Washington, DC, 32 percent of selected tracts underwent change. The rate was 21 percent for New York and 40 percent for Seattle.[20] In this sense, the OZ program poorly targets distressed regions and may also subsidize investments that would have occurred anyway.

In addition, a system does not yet exist to monitor key factors such as compliance, how much is actually invested in OZs, and the types of businesses receiving investment. Without such standards, policy makers will have no way to assess the effectiveness of the program.

How to Improve Opportunity Zones

There exist several ways to address the shortcomings listed above to ensure that its benefits accrue to those who live in the targeted areas. Reforms can be made at all levels of government.

At the federal level, the Treasury Department should continue to develop regulations surrounding the program to create guardrails for the types of investments that can be made. Treasury should also explore ways to collect data on outcomes for program evaluation in the future.

At the state level, policy makers should look to conform their tax codes with federal standards so that investors are not hit with high state taxes that impede investment. To remove further impediments, leaders should shore up existing infrastructure and review licensing requirements and zoning regulations.[21] State officials should also be more transparent about the selection process used to designate OZ status.

At the local level, communities should develop a strategic economic vision to ensure that the new investments contribute to social improvements. Officials should require that investors buy into communities’ economic plans before allowing them to build. Localities should target existing education funding to prepare workers for new jobs being created in OZs or create further incentives for private employers to train their workers.

Furthermore, Opportunity Zones are just one of a universe of policies that can be used to revitalize distressed communities. For example, the federal government could expand so-called people-based policies, such as the Earned Income Tax Credit for childless adults, and expand access to job-training programs to help retrain workers for the demands of the 21st century. To help struggling families, the government could create a paid-family-leave program and expand access to Head Start. Empirical evidence demonstrates the long-term, positive impacts that all of these options can have on health, economic, and cognitive impacts for families and children.[22], [23],[24],[25]

Opportunity Zones were created as a mechanism to spur investment in low-income communities. However, these capital infusions alone are not enough. The lack of guardrails and oversight undermines the potential success of the OZ program. Policy makers at all levels of government should partner with investors to ensure that the capital being funneled into these distressed areas is used to improve social outcomes and is part of a broader vision for economic change in communities. 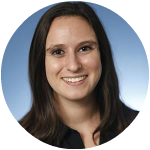 Hilary Gelfond is a master in public policy student at the John F. Kennedy School of Government at Harvard University and a managing editor of the Kennedy School Review. She previously worked at the Brookings Institution as part of the Urban-Brookings Tax Policy Center. Her work on fiscal policy has been featured in the New York Times, the Economist, and the Washington Post.

[1] Specifically, to be eligible, LICs must meet one of the following requirements: have a poverty rate of at least 20 percent or a median family income below 80 percent of the greater of the statewide or metropolitan area median. These are the same requirements as under the New Markets Tax Credit. Tax Incentives for Opportunity Zones: In Brief (no. R45152, Congressional Research Service, last updated 20 November 2018) [PDF file].

[12] C. Lockwood Reynolds and Shawn M. Rohlin, “The effects of location-bases tax policies on the distribution of household income: Evidence from the federal Empowerment Zone Program,” Journal of Urban Economics 88, no. C (2015): 1–15.