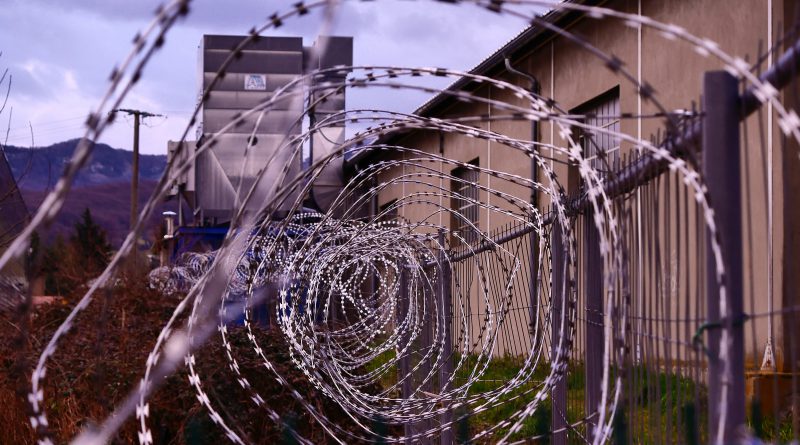 BY WILL VON GELDERN

In the current political climate, bipartisan consensus on social policy is rare. One shared priority between progressives and conservatives, however, is reducing recidivism in the criminal justice system. This bipartisan consensus has led to many local, state and federal agencies investing in a variety of anti-recidivism programs in recent years.

Common programs in the U.S. can be grouped into three general categories: diversion before incarceration, treatment during incarceration, and support for ex-offenders after their release. Given the widespread investment in these programs, one might expect corresponding proof of their effectiveness – but that is not always the case. Therefore, governments must be mindful to review past research and meta-analyses when making policy decisions aimed at reducing repeat offenses.

Diversion programs use treatment as an alternative to incarceration, often through specialized courts and law enforcement. Drug and DUI courts, for example, emphasize treatment of substance-use disorders over punishment. These courts – which have been used in the U.S. since the 1980s – are sometimes supplemented with supervision and biological testing to promote sobriety. The results from meta-analyses of these programs suggest that they are highly effective. Research has also clarified particular aspects of the courts which contribute most consistently to reductions in recidivism – primarily an emphasis on completion rates and focus on non-violent offenders.

Another comparable model is mental health courts, which were designed to address the disproportionate number of individuals with mental illness entering the criminal justice system. The primary divergence from drug courts is that treatments are dictated by judicially-supervised medical professionals rather than judges themselves. Although these courts show less of an impact on recidivism than drug or DUI courts, numerous studies have demonstrated statistically significant reductions. Because of the nuances of differing programs, however, more research is still needed to identify the most effective aspects of mental health courts. The type and seriousness of offenses for which mental health courts are used are the two factors most closely linked to reduced rates of recidivism.

While the aforementioned court-based programs have demonstrated a pattern of success, the same is not true of police-led diversion programs. Because police officers often need significant re-training in order to successfully divert individuals experiencing mental illness, chemical dependency, and more, many police diversion initiatives do not achieve their desired results. Some initiatives like Seattle’s Law Enforcement Assisted Diversion (LEAD) program, which focuses specifically on diverting perpetrators of low-level drug offenses and street prostitution, have demonstrated positive and statistically significant results. However, available meta-analyses do not show a consistent positive impact.

Treatment during incarceration is consistently effective

After decades of emphasizing a punitive approach in prisons, many criminal justice practitioners have now refocused their efforts on treatment during incarceration. This shift has been driven by psychological research, which has largely dispelled long-held myths about the rehabilitative effects of punitive criminal justice strategies.

One treatment-focused example is the “Therapeutic Communities” (TCs) model, defined by the National Institute on Drug Abuse as “a mutual self-help alternative to… address addiction,” with some variation in the use of medication-assisted treatment. An essential component of TCs is the use of a “hierarchical social learning model, wherein participants earn increased social and personal responsibility as they progress through stages of treatment.”

TCs have been shown to reduce recidivism in a number of studies. Approximately 55% of studies in a recent meta-analysis found TCs to be effective in reducing re-arrest. These effects are particularly salient in the short-term, suggesting that TCs should be paired with other forms of long-term substance abuse treatment in order to consistently prevent recidivism.

Another promising treatment method is known as cognitive behavioral therapy, or CBT. According to the American Psychological Association, CBT is a distinct form of psychological treatment wherein patients are shown that psychological problems are based on faulty ways of thinking and learned patterns of unhelpful behavior – and then combats these patterns with the use of improved coping mechanisms. There is substantial evidence that the use of CBT reduces recidivism – and this research includes evidence specific to both juveniles and adults, as well as within specific groups such as sex offenders, violent offenders, and those suffering from substance abuse. Although results are not universal, the advent of CBT in prison programming is one of the most promising trends in criminal justice today.

Many post-release programs have not been proven effective

One of the most common public refrains around criminal justice is that stable employment prevents recidivism. The reality is more nuanced. While evidence exists that stable employment reduces repeat offenses, many employment and job training programs fail to help individuals find and keep good jobs. And, if the goal of such programs is to reduce recidivism, governments should invest in better – not necessarily just more – job training programs for formerly incarcerated people.

Like employment, access to stable housing is essential for successful re-entry to society after incarceration. Housing leads to positive post-release outcomes for formerly incarcerated individuals, especially those with histories of behavioral health issues and homelessness. However, because of a lack of evidence about the many existing housing programs that exist today, conclusive evidence about the most promising programs remains elusive. Additional trials must evaluate promising approaches such as supportive housing with services, housing relocation vouchers, and others in order to develop an understanding of what works and what does not.

Halfway houses and sober living houses similarly focus on providing a stable, supportive living environment for formerly incarcerated individuals. Halfway houses – also known as residential reentry centers (RRCs) – are live-in service providers which provide access to many complementary programs. Likewise, sober living houses are comparable arrangements – with some important differences including a lack of regulation or insurance coverage and the fact that treatment programs in sober living houses are not mandatory. Neither method, however, has been conclusively proven to positively impact rates of recidivism in multiple meta-analyses.

Other innovative post-incarceration programs are worth mentioning, such as restorative justice – a system that uses reconciliation between offenders and victims to encourage positive post-incarceration behavior. Some research has shown a statistically significant impact on youth offenders, and a 2015 study of 12 restorative justice programs in the United Kingdom and Australia found significant positive short- and long-term effects in adults. Conversely, just this year a meta-analysis from the federal Office of Justice Programs (OJP) found no statistically significant impact on recidivism on a broader scale.

Finally, another category of post-incarceration programming focuses on supervision over treatment. Intensive supervision programs generally rely on regular check-ins with probation officers – and these programs are common throughout the U.S. despite scant evidence that they are effective in reducing recidivism.

Some studies, in fact, have demonstrated that intensive supervision can lead ex-offenders to be more likely to recidivate. The exception is for programs that emphasize treatment in addition to supervision – a 2018 meta-analysis indicated that this approach consistently produces statistically significant reductions in recidivism rates.

Another supervision-based method is electronic monitoring, such as through the use of ankle bracelets. Like intensive supervision, electronic monitoring is widely used despite a lack of statistically significant evidence. While this approach remains popular in both state and federal systems because of its lower costs in comparison to incarceration, the lower cost seems to be the primary justification for its use.

To reduce recidivism, the criminal justice system must invest in evidence-based approaches

There is no doubt that many of the programs mentioned above reduce recidivism and fill important service gaps in the U.S. criminal justice system. Although some programs did not produce statistically significant results, there is nonetheless an abundance of positive evidence. There are also important nuances in the data: many programs, for example, demonstrate better results when combined with other forms of treatment-based programming.

Drug courts, therapeutic communities, cognitive behavioral therapy and housing assistance appear to offer the most compelling results in terms of recidivism reduction, while many other common programs do not. Thankfully, an increasingly broad array of meta-analyses can provide important guidance for an evidence-based decision-making process.

Policymakers across the ideological political spectrum agree on the importance of reducing recidivism – and with this objective in mind, public investments should be redirected towards programs that have demonstrated consistent results. Additionally, governments must strive to incorporate new evidence into the decision-making process as it emerges. By looking more closely at what existing data tells us, our society will be able to maximize the benefits of public and private dollars while ultimately moving more quickly towards the common goal of reducing recidivism. 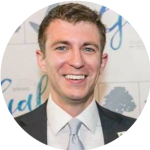 Will von Geldern is a graduate of the MPA program at Columbia University’s School of International and Public Affairs. His writing on social innovation, economic inequality, and evidence-based policy has been featured in the Stanford Social Innovation Review, Crosscut, and the Cornell Policy Review.