Home > 2019 Issue > Guilty by Association: The Fate of ISIL Families in Iraq 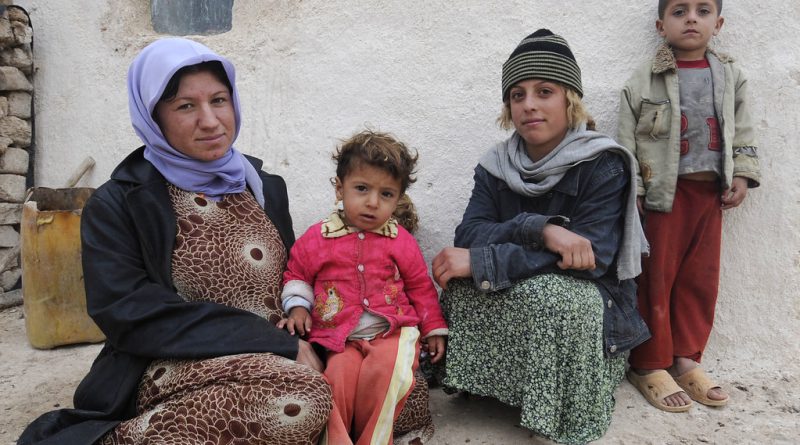 In December 2017, Iraq’s government declared victory over the Islamic State (ISIL), ending more than three years of ISIL’s brutal occupation of large swaths of Iraq. Yet for the 2 million internally displaced persons (IDPs) in Iraq today, the conflict is far from over.[1] This is especially true for ordinary Iraqi Sunnis affiliated with ISIL, who are targets of discrimination and excluded from many reconciliation programs. While ISIL’s support in Iraq came largely from Sunni Arab communities, many of whom felt disenfranchised and alienated by the Shia-majority government, many Sunni families faced a stark choice for survival.[2] Regardless, whether a family’s decision was to resist, embrace, work under duress, avoid, or escape, displaced families now face collective punishment for real or even perceived connections to ISIL.

While Iraq’s government established a framework to integrate returnees, in practice, displaced Sunni Arabs face discriminatory and illegal practices by local government officials, paramilitary forces, tribes, and communities.[3] Sunni Arab families comprise 66 percent of Iraqi IDPs, and many have been forcibly evicted from displacement camps, denied humanitarian assistance, arbitrarily detained, and restricted from returning to their homes.[4] This treatment is inhumane. It violates Iraqi and international humanitarian law and threatens Iraq’s long-term security.[5],[6]

Edicts from above trickle down to local attacks on displaced Sunni families. Unknown assailants launched grenades at six Sunni Arab families who returned to their homes in Anbar, Iraq, last September.[7] Local authorities outside Baghdad abruptly evicted 8,700 displaced Sunni Arabs; many then faced community death threats at home.[8] A Sunni Tribal Council in Salah Al Din, Iraq, issued a proclamation to dozens of displaced Sunni Arab women: return home only if you remarry and abandon your children.[9]

Sunni Arab IDPs and families from former ISIL-occupied territories are especially vulnerable. These individuals and families often lack the security to survive in their areas of origin and are forced into Iraqi- or UN-run displacement camps that function as de facto detention centers.[10] Of surveyed IDPs in Anbar camps, 84 percent “reported feeling safer in camps than in areas of origin,” while nearly 40 percent noted no current intention to return home.[11] Nearly all IDPs surveyed in six Baghdad camps preferred to stay and integrate rather than return to their hometowns.[12] Displaced Sunni Arab children and women, such as widows of ISIL fighters, face additional acute challenges. Female-headed households have been targeted for sexual exploitation and abuse by security guards and local militias.[13]

While local Shia and Sunni officials forcibly evict some Sunni IDPs from camps, others prevent them from returning home. Some officials have confiscated Sunni IDPs’ identity cards and blocked them from obtaining new documents. This restricts their movement, access to basic services, and employment opportunities.[14] In Kirkuk and Ninewa, some displaced Sunni Arabs had properties seized or deliberately destroyed,[15] often as a political tactic to change local demographics.[16] Local authorities at checkpoints have also implemented arbitrary, irregular, and discriminatory “vetting” procedures for these IDPs.[17]

Many of the current programs for reconciliation and reconstruction in Iraq also do not tackle the issue of families affiliated or perceived to be affiliated with ISIL. Some international organizations deliberately avoid the issue, deferring to national authorities. They fear that direct advocacy will lead to reprisals or violate Iraq’s broad counter-terrorism laws.[18] Aid organizations funded by the US Department of State, for example, also risk losing that funding if their humanitarian assistance “benefits terrorist groups,” which could apply to aid for IDPs accused of close ISIL ties.[19]

With great need and limited funds, international donors prioritize other vulnerable groups. The Trump administration has openly diverted large portions of its reconciliation aid to Christian communities, many of whom formerly lived in small, ethnically homogenous towns in the Ninewa Plains around Mosul City.[20] Ethnic and religious minorities were uniquely impacted by ISIL’s genocidal campaign and need support. Iraqi government reconciliation initiatives, however, should acknowledge the unique needs of families affiliated with ISIL for protection against community reprisals.

The Iraqi government, with support from the international community, needs a comprehensive plan to protect ISIL-affected Sunni families from extrajudicial retaliation and incorporate them into local reconciliation initiatives. Iraq’s government must also provide integration support for IDPs who wish to resettle in other parts of the country.

As international humanitarian aid to Iraq declines, the national government must consistently implement returnee standards that ensure that Sunni Arab IDPs can make informed and voluntary decisions about returning. The government must enact stronger feedback mechanisms for these IDPs to anonymously report local security actors that impede their movement without legal cause.

ISIL’s crimes against Iraqis have left devastating wounds in an already war-torn society, but collective punishment for those crimes must not be tolerated by Iraq’s government or the international community. The Sunni Arab families facing arbitrary justice today are from the same disenfranchised communities that turned to ISIL in the first place. Further marginalization is unsustainable and dangerous, and it may create a self-fulfilling prophecy of further radicalization.

International donors must also increase legal support and aid to help implement formal standards for culpability among these ISIL-affiliated IDPs and supplement rebuilding efforts. For example, lessons from post–World War II Germany could be applied: the denazification program used courts to determine the degree of a citizen’s responsibility including “major offenders”, “followers,” and “persons exonerated.” The extensive rebuilding efforts and compassion shown in the Marshall Plan had sustained consequences for livelihoods and regional stability.[21]

With limited financial and institutional capacity to reverse ISIL’s catastrophic impacts on Iraqi society and economy, Iraq may be committing a critical error in discarding ordinary, ISIL-affiliated Sunni families. The Iraqi government must prioritize meeting the needs of the country over simple retaliation and instead reach for compassionate, community-building policies for Sunni Arab families to prevent future insurgency. 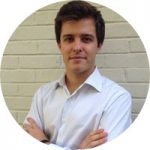 John Millock is a master in public policy student at the John F. Kennedy School of Government at Harvard University. Prior, John designed and supported humanitarian aid programs in the Middle East. John has a BA in international relations from Tufts University and is originally from Albany, New York.

[3] Moving Forward Together, Leaving No One Behind: From Stigmatization to Social Cohesion in Post-Conflict Iraq (Interaction Protection Mission – Iraq, 2018) [PDF file].

[5] Promotion and Protection of Rights of Victims of Sexual Violence Captured by ISIL/or in Areas Controlled by ISIL in Iraq (UN Assistance Mission for Iraq, 2017) [PDF file].

[18] Moving Forward Together, Leaving No One Behind, 6.

[21]“The Arrest and Punishment of War Criminals, Nazis, and Militarists and the Internment, Control, and Surveillance of Potentially Dangerous Germans,” in Occupation and the Emergence of Two States, 1945-1961, vol. 8 (Control Council Directive no. 38, 12 October 1946) [PDF file].