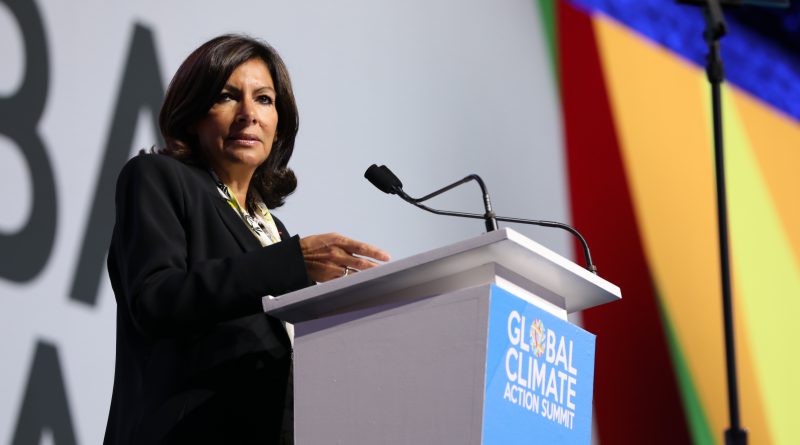 Upon her election as chair of the C40 Cities Climate Leadership Group in 2016, Paris Mayor Anne Hidalgo declared, “C40 member cities are determining the course of our planet’s future.”[1] (C40 is a group of more than 90 cities organized to combat climate change at the municipal level.[2]) Indeed, as societies become increasingly urbanized, the role of cities in climate policy must be seriously considered. For example, in December 2015, 700 mayors assembled in Paris at mayor Hidalgo’s invitation to make their own commitments for the realization of a more sustainable future, putting pressure on the states negotiating nearby at the COP21 (the United Nations Climate Change Conference).[3]

In the years since the historic Paris Agreement, European cities have continued to lead the way in shaping the continent’s approach to fighting climate change. Empowered by their influence over public transit, housing, and green spaces, Hidalgo and her counterparts in London, Barcelona, Brussels, and thousands of other cities have placed sustainable environmental policy at the top of the agenda. In navigating a complex green-governance structure that includes the European Commission and national governments, European cities occupy a crucial niche as entrepreneurial and flexible actors on the front lines of climate action.

A survey of the agendas of European mayors reveals the centrality of climate change mitigation and other green action to municipal policies in the European Union (EU). Hidalgo has fought vigorously to reduce the place of automobiles in the French capital—most notably (and controversially) by closing the motorway on the right bank of the Seine and building a park in its place.[4] In December 2018, London Mayor Sadiq Khan declared a “climate emergency” and presented a plan to make his city carbon neutral by 2030.[5] In 2017, Mayor Ada Colau of Barcelona lamented cars’ disproportionate contribution to climate change and air pollution as she announced more aggressive targets for vehicular-emissions reductions.[6] Although these examples represent some of the most prominent green leaders in Europe, the climate fight has spread to cities across the continent.

Indeed, these ambitious agendas do not arise in isolation: Hidalgo, Khan, and Colau regularly develop and advance their green policies in concert with other European municipal leaders. For example, in September 2018, Hidalgo and Brussels Mayor Philippe Close joined forces to call for a Europe-wide day without cars (journée sans voiture) to coincide with the annual European Heritage Days, citing “the urgency of climate issues and the health impact of pollution” as motivation for their proposal.[7] It is noteworthy that two European municipal leaders would envision climate action simultaneously at the local level and throughout Europe—with no mention of the EU member states. Indeed, Hidalgo and Close set out a vision of “a thousand days without cars blossoming across Europe.”[8]

The concept of Europe as a network of cities has roots in the historical city-states of the Middle Ages and Renaissance and is increasingly discussed by scholars to characterize the effects of globalization on the EU. According to Benjamin Barber in the book If Mayors Ruled the World, “[W]e ‘get’ Europe and can’t forget its constituent states, but we are less mindful of what might be its most successful and enduring manifestation, its networked cities.”[9] Furthermore, “[s]ome argue that even Europe has been more successful as a League of Cities than a union of states.”[10] Eric Corijn, an urbanist, describes the devolution of power from nation-states, envisioning “a new geography transcending the ‘flat’ map of juxtaposed countries into a transnational archipelago of connected cities.”[11] Regarding the shifting alliances between cities, EU member states and the international community in a globalized world, Corijn suggests the model of “a decentred triangular relationship in which the world system, the system of national states, and the networked cities relate in different ways to each other, sometimes excluding the third element.”[12] In the example of Paris and Brussels proposing a European day without cars, two vertices of the triangle—the world system and the networked cities—have formed a relationship that excludes the third vertex, the system of national states.

Climate policy is the domain in which the complexities of Corijn’s “decentred triangular relationship” are most vivid because cities are so active in forming green networks. In the EU, cities collaborate to determine climate change strategies by way of numerous national networks, including the network of Cities for Climate Protection in Spain, the Nottingham Declaration in England, the Local Agenda 21 Association in Italy, and the Climate Change Declaration in Scotland.[13] European cities also participate in EU-wide networks, like Eurocities, and global organizations, like C40, which Hidalgo chairs.[14] It is clear that cities judge their network membership as worthwhile—both for the substantive gains of improved climate policy, since networks “provid[e] cities with easy access to best practices and hel[p] them to develop local capacity,”[15] and for the political gains of strengthened coalitions that can exert influence over national and international actors.

Cooperating with the European Commission

European city networks operate within the complex and multipolar EU system, interacting regularly with member states and the major EU bodies: the European Parliament and the Council of the EU (the co-legislators) and the European Commission (the executive). If European cities and municipal leaders like Hidalgo have instrumentalized the development of climate policy to forge networks and augment their political power, it has been in part with the help of the Commission. At the same time, the cities’ participation in the Commission’s climate policy schemes adds to the Commission’s own institutional legitimacy in the face of competition from the powerful co-legislators. Thus, there exists a symbiotic relationship between the cities and the Commission, whose joint work on climate policy is mutually reinforcing and politically advantageous.

The Commission’s European Green Capital Award (EGCA), which spotlights cities with ambitious environmental policies, offers a prime example of this symbiotic relationship. Past winners of the award include well-known cities, like Copenhagen and Lisbon, as well as smaller cities such as Vitoria-Gasteiz, Spain, and Nijmegen, the Netherlands.[16] Although the award is sponsored and organized by the Commission, the idea was promoted in 2006 by a coalition of cities led by Tallinn, Estonia, that “felt the need for a European-level scheme to promote the status of environmental issues and solutions among local governments.”[17] Thus, the award exemplifies both the formation of city networks to advance the green agenda and the desire of the Commission to facilitate those networks.

In addition to the EGCA, the Commission has played a key role in the Covenant of Mayors for Climate and Energy initiative. Since it began in 2008, the Covenant has been extended from EU cities to cities in the EU Eastern Partnership countries, the European Neighborhood South Region, sub-Saharan Africa, North and South America, Japan, India, China, and Southeast Asia. At present, the Covenant boasts 7,755 signatories in 53 countries.[18] This initiative represents the Commission’s global ambition in the realm of green policy as well as its partnership with cities as a necessary element in the realization of that ambition.

Far from being a hollow document, the Covenant of Mayors has had a real effect on local climate policy in Europe. Large numbers of cities have signed the Covenant in southern Europe, “particularly those which either lack national mitigation strategies (e.g., Italy) or have implemented them relatively late (e.g., Spain).”[19] In fact, according to a 2016 study, 2,582 Italian cities and 1,323 Spanish cities have signed the Covenant. These statistics are important in light of the fact that cities that have signed the Covenant are more likely to reduce greenhouse gas emissions beyond the EU-wide targets and to create plans to increase energy efficiency and renewable energy use.[20] Once again, with the organizational support of the Commission, European cities and city networks prove to be at the forefront of ambitious climate action.

Any analysis of climate policy making in the EU would be incomplete without considering the role played by the member states. Beginning in the 1970s and 1980s, it was the development of national environmental regulations that led the European Commission to harmonize these standards in order to eliminate non-tariff barriers within the single market.[21] However, the enlargement of the EU has led to an increasing diversity of member states’ interests,[22] and it has become difficult for the EU to speak with a single voice on climate policy, as demonstrated by the EU’s failure of leadership at the COP24 in December 2018.[23] Thus, whereas the Commission and the member states have previously moved in the same direction regarding green policy, this harmony is increasingly at risk. In this context of diverse interests and a lack of leadership by national governments, the Commission and municipal governments have forged a tentative alliance in order to advance their environmental agendas and respective political interests.

A team of researchers led by Oliver Heidrich has performed a detailed study of the manner in which 200 European cities in 11 countries interact with, or work independently of, national governments in developing climate change mitigation and adaptation strategies. The study’s findings provide fascinating evidence of the policy diversity across cities and member states within the EU. For example, whereas 28 out of 30 cities studied in the UK have adopted climate change mitigation strategies, just 15 out of 35 French cities and 3 out of 7 Belgian cities had done the same at the time of the study.[24] The authors explicitly point to national climate directives (or the lack thereof) to explain in part these disparities.[25]

At the same time, there is evidence that European cities often act autonomously of national governments in setting their climate plans. According to Heidrich, “how and why cities engage in climate policy remains largely unclear and the effect of (binding or non-binding) policies from higher levels of government is hardly understood.”[26] As demonstrated by the high degree of adherence to the Covenant of Mayors by cities in Spain and Italy, city networks—European and global—exert significant influence on municipal policies in the absence of leadership by the member states.[27] In addition, EU-wide targets may also prove influential in such circumstances: “[C]ities in countries with no nationally agreed long-term targets often align [greenhouse gas] reduction levels at the EU 20-20-20 targets, as seen in Spain, Italy and Estonia.”[28] Thus, although municipal climate action in Europe may be influenced by national governments, cities are perfectly capable of bypassing the member states in favor of city networks and the EU—as demonstrated by the networks pursued by Hidalgo, Close, Khan, Colau, and other European mayors.

In the domain of climate policy, the multilevel governance structure of the EU creates a multipolar system of shifting alliances. Given the multitude of actors that characterizes the EU system, this pattern is typical of many policy areas—but the abdication of leadership by the member states on climate change mitigation and adaptation has provided European cities and the Commission with a golden opportunity to take up the environmental agenda as central to their institutional identities.

Moving forward, it will be necessary to monitor the ability of municipal leaders and city networks to continue to advance green policy within the EU. Will the cities, in partnership with the Commission, become more independent of the member states in the determination of climate change strategies? Or will the member states refocus their efforts to combat climate change and impose more top-down directives on the cities? Finally, will the proliferation of green city networks allow European municipal leaders to take control of the international climate agenda? Will mayors, as Benjamin Barber imagined, ever rule the world? 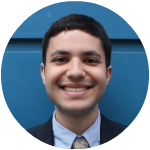 Nikhil Kumar is a master in public policy student at the John F. Kennedy School of Government at Harvard University. As an American, he has studied, lived, and worked in the European Union and hopes to strengthen transatlantic relations in the age of climate change.

[22] John Zysman and Mark Huberty, eds., Can Green Sustain Growth? From the Religion to the Reality of Sustainable Prosperity (Stanford: Stanford Business Books, 2013), 109.