Home > 2019 Issue > Of Kings, Pawns and Horse-Trading: Barriers to Transportation Solutions in the Philippines 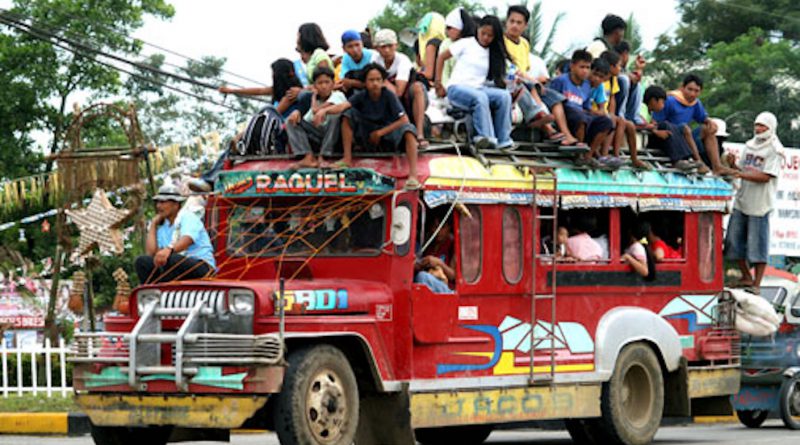 BY REGGIE B. RAMOS

World War II leveled Manila. The war destroyed infrastructure and seriously damaged critical parts of Southeast Asia’s first railway system. In response to the devastation and operators’ failure to address transportation demands, army-surplus trucks were repurposed into “Jeepneys” intended to accommodate 16–24 passengers. Temporary certificates to operate were extended to underfinanced operators so long as they had access to and rights over these converted surplus trucks.[1] Since then, the Jeepney has earned the reputation and pop-culture distinction of being the Philippines’ “King of the Road” largely due to its nuanced aesthetics—its massive make, roaring engine, and tacky external decor. Though iconic, Jeepneys symbolize the tentativeness of Philippine transport policy. They exemplify how temporary solutions have evolved into permanent transportation implements, which emphasize a lack of resilient transport policies and projects in the country.

Policy shifts and reversals simultaneous to political and administrative changes have exacerbated transportation problems, vastly impinging on the Philippines’ ability to advance. Election-cycle policy swings every six years expose a dearth of real interest in long-lasting transport solutions, which would, in all likelihood, outlive a single presidential administration. As a result, a sustainable, inclusive master policy plan for transportation necessary to carry it through the next 20–30 years has, in a manner of speaking, been held pawn to what appears to be inexorable horse-trading.

Today, Metro Manila’s traffic has achieved global notoriety. According to the Japanese International Cooperation Agency (JICA), about $68 million in US currency is lost to traffic on a daily basis in Metro Manila alone.[2],[3] As attempts to solve the Philippines’ transportation problems are being made, a deeper understanding of systemic and institutional limitations policy makers and implementers face may help shed light on its complexity and enrich the discussion.

Missing the Bus: A History of Lost Opportunity

Current Philippine transportation problems were foreshadowed as early as the colonial transition from the Spanish to the Americans. In 1939, Manuel V. Gallego saw the need for railway construction as a corollary to industrialization and opined that capacity building be prioritized to harness local talents. Gallego also advocated for a Railway Construction Law specifically dealing with matters of financing and capacity expansion.[4] But a Railway Construction Law has yet to see the light of day, and the Philippines continue to struggle with a shortage of homegrown experts.

Further proving the resistance to scholarly advice, the 1957 Analysis on Philippine Domestic Transportation conducted by the Stanford Research Institute identified the following as problems of Philippine Domestic Transportation: (1) inadequate and unreliable mass transport; (2) a crowded, fragmented, and irrational bus system; (3) problematic financing for railways; and (4) transportation directions, determined by career technocrats and experts, supplanted by political expediencies.[5] Sixty years later, the problems have remained the same but have become exponentially more severe.

In March 2017, the Philippines’ National Economic Development Authority (NEDA) advertised its terms of reference for the formulation of the Philippine Transportation System Master Plan.[6] Previously, there was a similar attempt with the 2010 National Transport Plan (an AusAID Initiative) and the Philippine Transport Infrastructure Development Framework (funded by the World Bank).[7],[8] Most notable was JICA’s Dream Plan of 2014,[9] which outlined medium-term flagship transportation projects targeted to alleviate the worsening problem of traffic congestion in Metro Manila. Nevertheless, the Philippines has been unable to sufficiently address the intractable problems of inadequate, unreliable mass transportation and congestion. It is posited that the inability to solve this problem is not so much due to a shortage of solutions but instead the inability to stick with the program.

The Philippine political landscape has not been the least to blame. Philippine policy setting has been viewed as shortsighted and characterized by many discontinuities.[10] Policy is merely regarded as a response to immediate concerns without foresight for institutionalization of clear policy.[11] Proof of this spasmodic policy mindset is the Philippines’ historical infrastructure spending, with infrastructure investment totaling less than 2 percent of GDP.[12] Impactful transportation infrastructures have long gestation periods and require more than six years to build, implement, or operate.

The 1987 Philippine Constitution provides that the executive should submit a budget proposal to congress for its approval and passage into law. By law, congress cannot increase the proposed budget.[13] In the event the congress fails to pass an appropriations act by the end of the fiscal year, the general appropriations law for the preceding fiscal year is reenacted until a new one is passed.[14] The constitutional safeguard, however, does not inhibit congress from drastically reducing transportation budgets, which may potentially affect the viability of projects, inevitably placing the transportation department in a precarious situation leading, to potential breach of contractual obligations.[15],[16]

An examination of the figure below demonstrates that for the last two presidential election cycles.[17],[18] The appropriations for the year preceding a presidential/national election year, particularly 2009 and 2015, experienced a spike from the year before (more than 20 percent and 16 percent, respectively). However, on the election year itself, appropriations plunged (by more than 33 percent in 2010 and 19 percent in 2016). Notably, in the years following the election of a new president, particularly 2011 and 2017, appropriations spike again (around 88 percent and 25 percent, respectively). 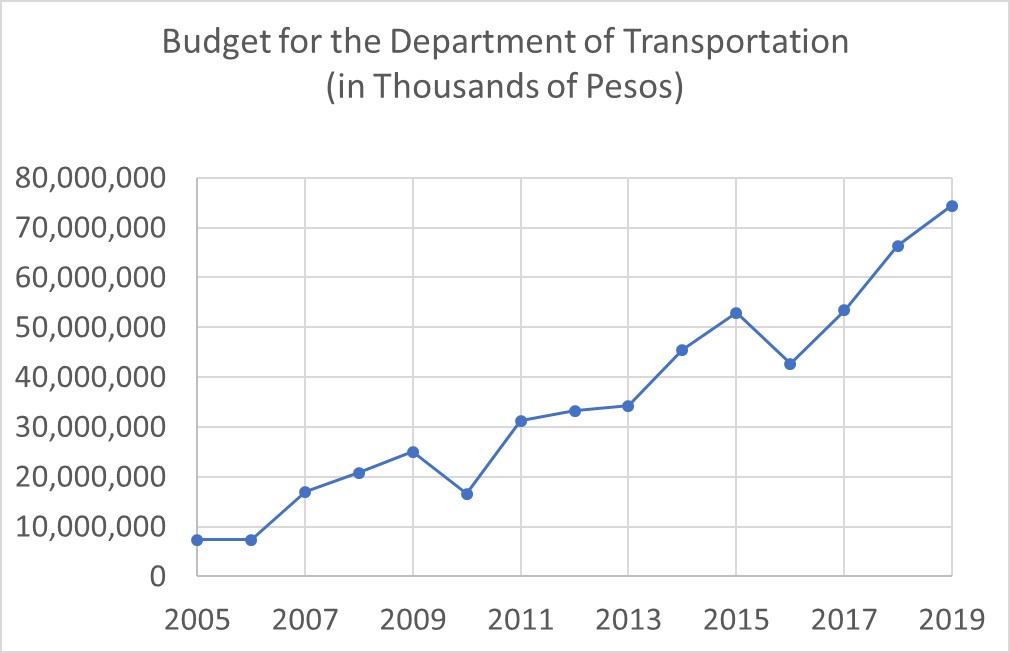 Budgetary priority is given to programs projected to be completed within an administration’s term of six years, possibly due to fear of credit going to successors. To this end, infrastructure projects are traditionally viewed as opportunities for political leaders to secure votes.[19] This myopic approach, however, disregards the basic attribute of transport policy—that it has a long-term horizon and carries an inherent longue durée nature.[20]

The plenary power of congress to determine budget appropriations—whether to go with or inhibit the executive’s proposal—presents a potent potential stumbling block to the development of an effective long-term national transport policy. No matter the policy or project, when funding is made a pawn to political temperaments, continuity and consistency will always be a challenge.

The Way Forward: Stability in Budget, Planning, and Policy

The question, then, is how the Philippines can secure the durability of a national transport policy, resilient to election cycles and the ever-changing political climate. Securing some degree of budgetary consistency at the level of appropriations setting can be a first step in the direction of policy durability.

The Philippine legislature is a dynamic body, with every member a moving piece of an already complex puzzle. Historically, the president almost always enjoys the allegiance of congress. Members align with the executive to secure interests, particularly the prioritization of projects in the executive budget proposal, for their districts and budget disbursements. This setup inevitably weakens congress’s constitutional mandate to hold some check and balance over the executive and instead provides a conducive backdrop for interest exchanges and horse-trading.[21]

One potential solution could involve internal rule setting within congress to allocate no less than 15 percent below the appropriations accorded the preceding year. Such a rule would mitigate the ill effects of politics surrounding changing administrations and, in turn, would help materially secure transportation projects and policy. Of course, if identified projects have been found unconstitutional or judicially declared infirm, budget reductions of the preceding year could exceed such a 15 percent threshold. The senate’s rules of procedure, for example, provide for the possibility of amendments by mere motion upon the concurrence of the majority of its members.[22]

In any case, if instituting a smaller budget than proposed, the onus would be on congress to explain why a 15 percent decrease on the previous appropriation is justified and warranted. Such policy reforms have to be undertaken to experience real change. Establishing congressional rules to set a cap for reductions to appropriations is a modest step that is likely to inspire closer scrutiny by the public on how budgets are prepared, appropriations set, and government money spent. Such rule setting paves the way for institutional arrangements that promote accountability.[23]

Beyond protecting the budget, the absence of a sustained, defined national transport policy is costly. A study of worldwide transport projects showed that there is a statistical relationship between length of the implementation phase and cost escalation, where a longer implementation phase tends to result in a larger cost escalation.[24] Project delays can cause serious fiscal hemorrhaging. Thus, when policy priorities are made variable to political tides, projects are not completed. This cycle of waste inevitably acts counter to a cohesive long-term plan that has a better probability of solving Philippine traffic congestion.

Recently, the Department of Transportation announced its intent to push through with the implementation of the “Jeepney Modernization Program.”[25] The program entails the phasing out of older Jeepneys, swapping them for more fuel-efficient engines, changing operator-driver employment relations, mandating safety courses, and regulating Jeepney operations.[26] In response to the initiative, transport groups launched a two-day, nationwide transport strike due to concerns that the plan was too financially burdensome, despite the offer of a government subsidy.[27]

Yet again, the Jeepney symbolizes the tension between policy makers and stakeholders as well as political pressure and sound transport planning. This relic of the past remains a preferred mode of transportation.[28] But much like transportation politics, the Jeepney is in need of updating, regulation, and a long-term plan representative of the transport that the Philippines needs. 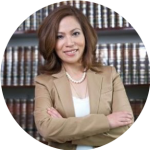 Reggie B. Ramos is a mid-career master in public administration student at the John F. Kennedy School of Government at Harvard University. A lawyer by profession, Reggie previously served as undersecretary of the Department of Transportation and as one of the Philippines’ lead negotiators in COP21 (Paris Agreement). She is also an Asia Global fellow at the Asia Global Institute of the University of Hong Kong.

[11] University of the Philippines, Policy Issues, Responses, and Constituencies.

[15] As an example, in 2017 the House of Representatives reduced the annual budget of the Commission on Human Rights to $20 USD. After much debate, the proposed budget was reinstated. See CNN Philippines Staff, “House gives CHR ₱1,000 Budget for 2018,” CNN Philippines, 14 September 2017, http://cnnphilippines.com/news/2017/09/12/Commission-on-Human-Rights-CHR-House-budget.html.

[28] This notwithstanding, as of 2014, Jeepneys stood as the primary mode of public transport in Manila, carrying 19.1 percent of commuters daily next only to walking. See Katerina Francisco, “LOOK: New jeepneys under PUV modernization program,” Rappler, 17 October 2017, https://www.rappler.com/move-ph/issues/road-safety/185554-new-jeepney-puv-modernization-program-pictures.