Home > Articles > In South Korea, Being Drunk Is a Legal Defense for Rape 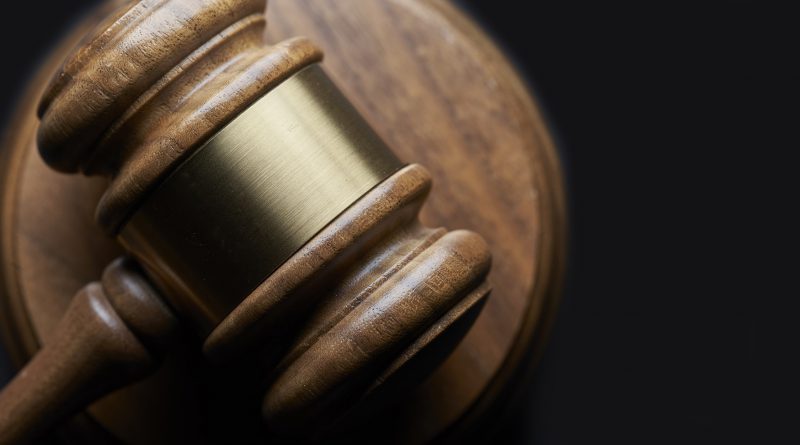 BY EVELYN NAM AND MELODY KIM

October 20, 2020 is a day that Na-Yeong and her family dread, and one that most South Koreans resent. It is the day the man who brutally raped 8-year-old Na-Yeong while drunk, leaving her with lifelong physical and mental disabilities, will be released from a prison in Pohang, South Korea.

In 2008, Cho Doo-Soon was sentenced to just 12 years in prison for kidnapping, battering, choking, torturing, and raping the girl, who has been referred to only by the pseudonym Na-Yeong to protect her privacy. Na-Yeong’s case is an illustration not only of the unjust nature of sentencing practices in South Korea, but also of the sexism that pervades South Korean society, as exemplified by the gender inequality that puts women at perpetual risk of being assaulted and then unable to find justice in court.

Court documents paint a deeply disturbing portrait of the case. After kidnapping Na-Yeong while on her way to school, Cho took her to a public bathroom in a nearby church, where he first took off his pants and forced his genitals into her mouth. When Na-Yeong refused him, he hit the victim in the face several times with his fist, and when the victim cried, he bit her cheek and strangled her until she fainted. To the unconscious Na-Yeong, he ripped off her clothes to rape her. His rape resulted in permanent injury to Na-Yeong’s abdomen, lower abdomen, and pelvis that required at least eight months of intense treatment for the victim. The permanent damage done to Na-Yeong’s body has since been categorized as third-degree disabilities.

And Na-Yeong’s trauma was not limited to her physical damages. What has remained with her are her memories surrounding the trial, in which she had to testify multiple times in front of her attacker with a hole drilled in her stomach and eighty percent of her organs still bleeding, requiring her to wear pads that soon became entirely smeared with blood. Na-Yeong remembers, as part of her trauma, the defense lawyers’ line of questions to her: “Did you smell any alcohol on him?,” to which she said yes. Although she was simply telling the truth, she learned later that her honest testimony led to the reduction of his sentence.

A medical doctor, Ei Jin Shin, who examined Na-Yeong after the crime, expressed her surprise over what she considered Cho’s light sentence in an interview with South Korean broadcaster JTBC. “Medically speaking, what Cho did was a murder itself. After he raped her, Cho left the cold water running as the unconscious Na-Yeong was left to bleed on the bathroom floor. That means that he wanted her to die. An adult knows that when you leave a profusely bleeding child on a floor with cold water running, the child is bound to die. This case should’ve been handled as a failed premeditated murder attempt.”

And yet, the case was handled in the courts as a rape committed under the severe influence of alcohol, a charge under South Korean law that is considered significantly less grave than one committed while sober. Cho, then 56 years old and unemployed, was initially sentenced to life in prison, only to succeed in having his sentence reduced at a second trial, using the remarkable defense that he was drunk. “I am not the type of a sick monster who rapes an 8-year-old girl,” Cho wrote over 300 times to the judges of his trial, pleading for his innocence. “I was under severe influence of alcohol. It destroyed me.” His plea changed his sentence and his fate.

What underlies this case is a legal system so tilted against women and girls that rapists can plead for leniency on the basis of being inebriated. Lighter sentences for violent rape are not uncommon in South Korea, as lawyers use drunkenness as a defense against the most brutal crimes against women — and the courts take these arguments into account. Public opposition to this law has grown in recent years, but so far has not succeeded in overturning it. In the meantime, men who’ve committed horrible crimes have served their time and been released.

Though the practice may seem nonsensical in the context of American law, acknowledging alcohol’s influence in someone’s crime is a legal principle that has long been weighed in South Korea’s criminal law. In fact, the South Korean criminal code 10:2, Sim Sin Mi Yak, mandates a reduction in sentencing for people with mental impairment, according to the logic that a mentally impaired individual cannot be held entirely legally responsible for their actions because they do not possess an ability to “clearly distinguish objects, people, and surroundings with lucid discretionary judgments to determine their actions.”

One of the pillars of South Korean law — Joo Chi Gam Hyung — falls under this criminal code. It assumes that substance abuse impairs a person’s mental state. And because Sim Sin Mi Yak dictates that the person’s impairment must be weighed in sentencing, a person so drunk at the moment of a crime that their faculties are diminished must receive a lesser sentence.

Na-Yeong’s father made his last appearance to the media via JTBC this year. He said during the interview that this will be the last interview he ever does on this case but that he had to agree to this particular interview at this particular timing, to remind the South Korean public the sheer injustice of Cho’s impending release: “Na-Yeong’s been resilient. Strong. Cho’s release scares me and Na-Yeong, and every memory we have around it floods back. Why this burden is on me and my daughter, I don’t know.”

Today, as Cho’s release approaches, the public again has stirred over the case, which revealed the degree of a judge’s discretion, regardless of the law’s guidelines. Such discretion is particularly troubling in the judgment of sex crimes in a country where only 29.1 percent of judges and just over 5 percent of department heads in the legal system are women.

As Cho’s release nears, a little more than 876,772 people have signed two petitions to President Moon Jae-in. The first petition, submitted in 2017, sought to get rid of the system of Joo Chi Gam Hyung, the law that grants forgiveness for being drunk while committing a crime. A year later, a second petition demanded the elimination of Sim Sin Mi Yak altogether from the criminal code.

The President’s Office rejected both petitions.

In rejecting the first petition, the President’s Office spokesperson acknowledged the public’s outrage. “I understand the passion,” he said, “but laws must be devoid of passion.” The male spokesperson also noted that new legislation is being proposed that would change the reduction in sentencing under Sim Sin Mi Yak so that it is optional rather than mandatory. But this leaves unresolved the issue of judges’ immense discretionary power in deciding a sex offender’s punishment in a country with an overwhelmingly male legal and political power structure.

A statement published directly by the President’s Office defending its stance further commented: “There should be a clear distinction between a person who has drunk voluntarily but has not anticipated that he would cause criminal harm on someone else and a person who has foreseen that he would cause harm while drinking. That’s the responsibility principle that the entire criminal law is dependent on. […] Striking Joo Chi Gam Hyung custom from the legal realm will cause too much confusion for the system.” The second petition was rejected on similar grounds.

Under this legal system, it has been legally and culturally acceptable for a drunk driver to be punished more severely than a drunk rapist. Indeed, President Moon proclaimed that drunk driving is not a mistake but a murder attempt. The same attitude is seen in court. The law assumes the intent of harm on the part of the drunk driver, even when no one is injured. If, however, the drunk person is not a driver but rather a sexual aggressor, the law debates the intent of harm. Did he mean to assault her? or Did he know that he was going to assault her? becomes the central question to measuring the aggressor’s accountability. A female prosecutor, Eun Jung Park, who has exclusively dealt with cases of sexual abuse against children for the last twelve years, commented in an interview with JTBC: “A reduction in sentencing for sex criminals who cry for their being drunk during the time of the crime has been a factually accurate history in court so far. The defense tends to focus on proving how drunk the perpetrator was.”

The South Korean legal system does not allow for a case to be retried unless an expected outcome of a retrial is more favorable to the perpetrator, so there has been no way for Na-Yeong to achieve justice for the crime committed against her. Though ordinary citizens have been trying to look out for Na-Yeong through non-legal means, the legal system has been too stubborn for the public’s support to generate systemic change.

And what’s lost in this fight to make laws more just for women is the pain of Na-Yeong, the girl victim of Cho’s case, who now bears the burden of living in a country that failed to hold accountable the man responsible for her exceptional trauma. In this debate around criminology, the voices of women and girls are mere abstractions, cries of passion, with so little power that the law regards them as nothing more than a distraction from the dispassionate reason that determines right from wrong. This is sexism in South Korea, what its women must bear: the society’s disregard for their voices as a nuisance, expressing too much passion to truly belong in South Korean society.

Amid this hopelessness, we find hope in Na-Yeong’s remarkable recovery. Now a nineteen-year-old nearing twenty, she took the high school national exam in November of last year, finishing it with grades good enough for the universities she hopes to attend. Though not much has been shared about her life after the trials (following a purposeful request from her family to leave her alone in 2009), this much is clear: Na-Yeong’s life trajectory has not been completely thwarted, despite the overwhelming damages done to her at too young of an age. Against the backdrop of frustrating legal barriers to justice, Na-Yeong’s story of survival reminds us that an act of aggression is never enough to completely take away a person’s humanity — which is how we know that justice is still alive, even when it can’t be found in a court of law. 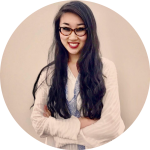 Evelyn Nam is an MPA student, who has been working for women’s rights movement through education reform in South Korea. Her NGO, Kind Young Movements United, is based in Jeju Island, South Korea. 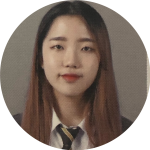 Melody is a rising sophomore at Korea International School Jeju. With her experiences of having lived in four different countries, she writes about gender equality on her blog and assists gender-related research. She has contributed to this piece as a research assistant.